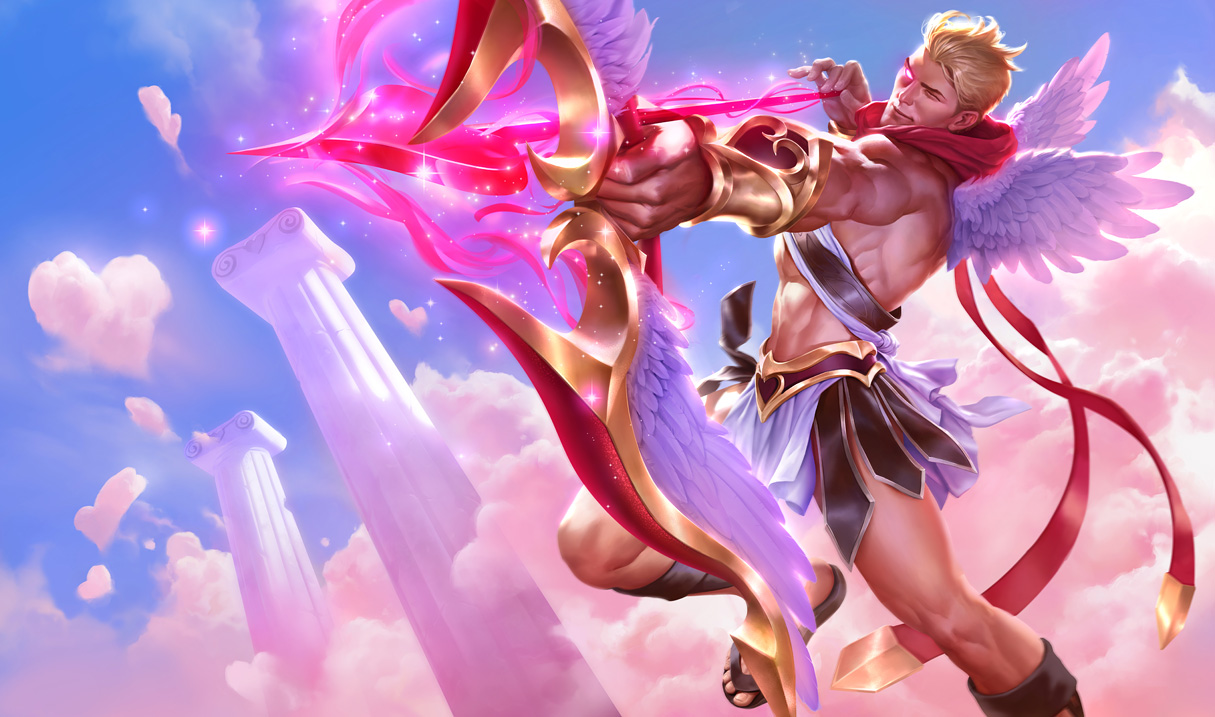 Varus is a strong choice in the bottom lane and has seen quite a bit of time on the professional stage across all regions in the 2020 Summer Split. The champion’s kit makes him easy to play while dealing impressive damage and contributing to teamfights with his ultimate ability “Chain of Corruption.”

As with all the champions within League of Legends, different items are going to be suitable for Varus depending on the situation the champion finds himself in during a match. Despite this, there are core items that must be acquired to ensure the champion is being utilized to his full potential.

Lethal Tempo: This rune is perfect for ranged ADC champions since they are often going to find themselves poking enemy champions. Lethal Tempo activates a 1.5-second timer upon dealing damage to an enemy champion, once this time has expired Varus will going bonus attack speed for the next three seconds. Attacking an enemy champion while this bonus is active will increase the timer to six seconds.

Triumph: A rune that allows Varus to remain in the action and gain gold quicker, Triumph will grant Varus 12 percent of his missing health after a successful takedown. The rune will also grant Varus an extra 20 gold on every takedown he has a part in.

Legend: Alacrity: Attack speed is a common theme with many aspects of Varus’ build, and this rune will grant the champion bonus attack speed after scoring takedowns. This will allow the champion to increase this stat faster should he be involved in eliminating more enemies.

Coup de Grace: Being an ADC, Varus will often find himself as the team’s member to secure kills at range and on low-health opponents. Coup de Grace will increase the chance of eliminating targets before they get away by allowing him to deal extra damage to enemies with low health.

Magical Footwear: A rune that is commonly used for champions with low based movement speed, Magical Footwear will grant the player a set of Slightly Magical Boots at 12 minutes that will increase the champion’s movement speed by 10. These boots can be acquired faster by securing takedowns. Each takedown will reduce the 12-minute timer by 45 seconds.

Biscuit Delivery: This rune is going to allow Varus to remain in lane and able to secure minion farm for a longer duration before being forced to back. Biscuit delivery grants the champion a biscuit of everlasting will every two minutes before six minutes that can be used to recover health and mana. On top of this, the rune will also permanently increase the champions mana pool by 50 for each biscuit that is consumed.

The most common starting item for ADC champions, Doran’s Blade supplies early attack damage and life steal that is critical for winning exchanges against enemy champions early in the laning phase. On top of the eight attack damage and three-percent life steal increase, players will also be granted an extra 80 health. For Varus, this item will not only allow him to deal increased poke damage at the initial stages of the game but will also allow him to slightly replenish any damage he may receive.

Varus is very susceptible to taking poke damage. To counter this, having a way to heal back missing health is extremely important. For 50 gold, a health potion is a cost-effective way to ensure that champion has the required health to remain in lane and prepared for potential alterations against enemy champions. This item will restore 150 health over 15 seconds giving players substantially more sustain in the early parts of the game.

As the single most important item for Varus’s kit, Blade of the Ruined King is beneficial to Varus not only for its stat increases but also because of its unique active ability. Activating this item will deal 100 magic damage to an enemy champion and steal 25 percent of their movement speed for three seconds. This is usually enough to ensure Varus can win a duel and secure kills over fleeing enemies. Aside from this, the item’s passive will grant Varus eight percent of the target’s health as bonus damage, 40 attack damage, 25 percent attack speed, and 12 percent life steal. Building this item as soon as possible is going to make Varus power spike substantially.

Attack speed is going to be a key to playing Varus at a high level. Building the correct boots to facilitate this is going to be important also. For this champion Berserker’s Greaves are going to be the best option since they add 35 attack speed on top of the increased movement speed that comes with all boots.

Often when playing ADC, enemies will begin to build armor to counter the physical damage of the player’s attacks. To counter this, you are going to want to build Guinsoo’s Rageblade. This item will grant Varus’s attacks 15 percent armor and magic penetration as well as increased attack speed after hitting the enemy with basic attacks. The item also offers stat boosts such as 25 ability power, 25 attack damage, and 25 percent attack speed.

Attack speed is a key stat that must be increased when playing Varus. Due to his kit and the abilities supplied by many other items in this build, Runaan’s Hurricane is the perfect attack speed item to build. This item will allow Varus to fire at multiple enemies at once, firing two bolts at nearby enemies to the one being targeted that will deal 40 percent attack damage and apply any on-hit effects. The item also grants Varus 40 percent increased attack speed, 25 percent critical strike chance, and 9 percent movement speed.

As with most ADC champions later in the game, you are going to want to build damage for Varus. A great item to do so is the Infinity Edge. This item will grant Varus 80 attack damage, 25 critical strike chance, and a unique passive that will increase the damage of any critical strikes by 25 percent.

Sticking to this trend, building a Phantom Dancer is a wise choice. This item will grant Varus even more bonus attack speed of 30 percent. It will also assist with triggering the effects of the Infinity Edge faster by supplying an extra 25 percent critical strike chance.