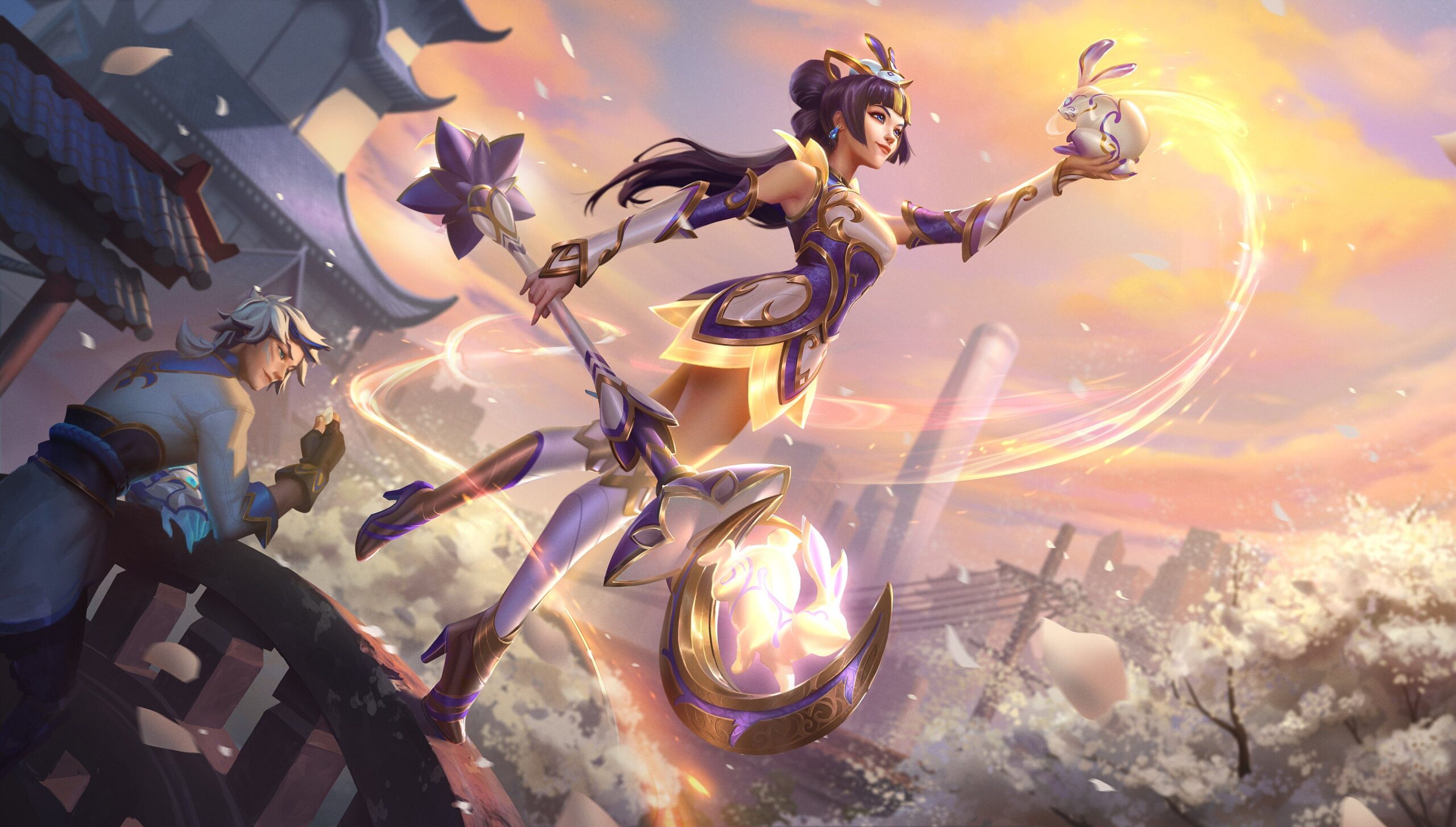 Since her release in 2010, Runeterra’s resident Lady of Luminosity, Lux, has become one of League of Legends’ most popular champions. She is the first enchanter that players can try during the tutorial and she also has a relatively easy-to-learn ability set for rookies of the game.

In the hands of new players and seasoned veterans, Lux can provide plenty of utility and damage in any team composition. She can be played in both the mid lane and support role, depending on your playstyle and preference. It also helps that she has the most skins in the game, so if you’re looking for a champion with plenty of different looks on Summoner’s Rift, Lux is your girl.

Here is the best build for Lux in League’s 12th season.

Arcane Comet: Since Lux has a root and a slow in her main ability combo, Arcane Comet is sure to hit every time she successfully hits a quick Light Binding and a follow-up Lucent Singularity. This rune gives her a hefty amount of poke for the early game while you jostle for lane superiority, and because it is relatively easy to string these two abilities together, you should be able to maximize your damage every time.

Manaflow Band: This rune depends heavily on hitting abilities on enemy champions. And with Lux’s E being one of the easier abilities to splash down on an opponent, players should be able to gain plenty of bonus mana heading into the later stages of a game. Ultimately, Lux will want to throw out plenty of spells to either start off a fight with a pick or control areas of the map with her AoE during skirmishes, so a big mana pool is important.

Transcendence: With your eyes set for the late game, Lux will need a good amount of ability haste so she can reliably throw out her high damage spells to either poke enemies down before a teamfight or catch them out of position. This rune will ensure that by level 11, she’ll have an extra 10 ability haste and a 20-percent reduction to her basic abilities off of champion takedowns.

Gathering Storm: The light shines through the darkness, and in this storm, Lux’s light will blast through any team composition in the later stages of the game. If given the opportunity, Lux can be incredibly frustrating to play against with the amount of damage she can apply in a short amount of time. This rune will boost her numbers significantly the longer the game goes on.

Cheap Shot: If Lux hits her Light Binding or Lucent Singularity, her early damage can take any enemy by surprise since she’ll activate the bonus magic damage from her Illumination passive and the bonus true damage from Cheap Shot.

Ultimate Hunter: Lux is a menace once she gets enough items since she can force squishier enemies to either return to base or chug potions after blasting them away with her Final Spark. In the late game, this ability can have as low as a 30-second cooldown, making her even more taxing to deal with as a non-tank champion.

Like most other mid lane mages, Lux starts off with a Doran’s Ring and two health potions so you can deal a decent amount of early damage while maintaining a good mana pool during the farming phase of the game.

If you’re playing support, however, you’ll need to pick up a Spellthief’s Edge like most other ranged AP champions.

Built to maximize ranged damage, both Luden’s Tempest and Horizon Focus are must-builds for Lux players in the mid lane since they work best on long-ranged AP champions that blast away their foes from afar. First, Luden’s gives Lux even more burst potential with her three-spell rotation with Q-E-R.

Horizon Focus, on the other hand, is perfect since its Hypershot passive—which increases damage dealt to enemies at over 700 units away—will constantly activate due to Lux’s own tendency to stay far back from any teamfight as she lays down the pain with her long-range abilities.

The only tool Lux doesn’t have in her kit is a way to escape enemies that are diving her. As a result, she’ll need a way to survive any burst-like assassins or close-range attackers as she waits for the rest of her team to help her out. Zhonya’s is a good way to stall out a kill for 2.5 seconds, so allies can come to the rescue.

Meanwhile, Void Staff and Rabadon’s Deathcap are straightforward buys for more effective damage against tankier enemies, while Shadowflame is a great purchase if an enemy team composition has a lot of shielding.