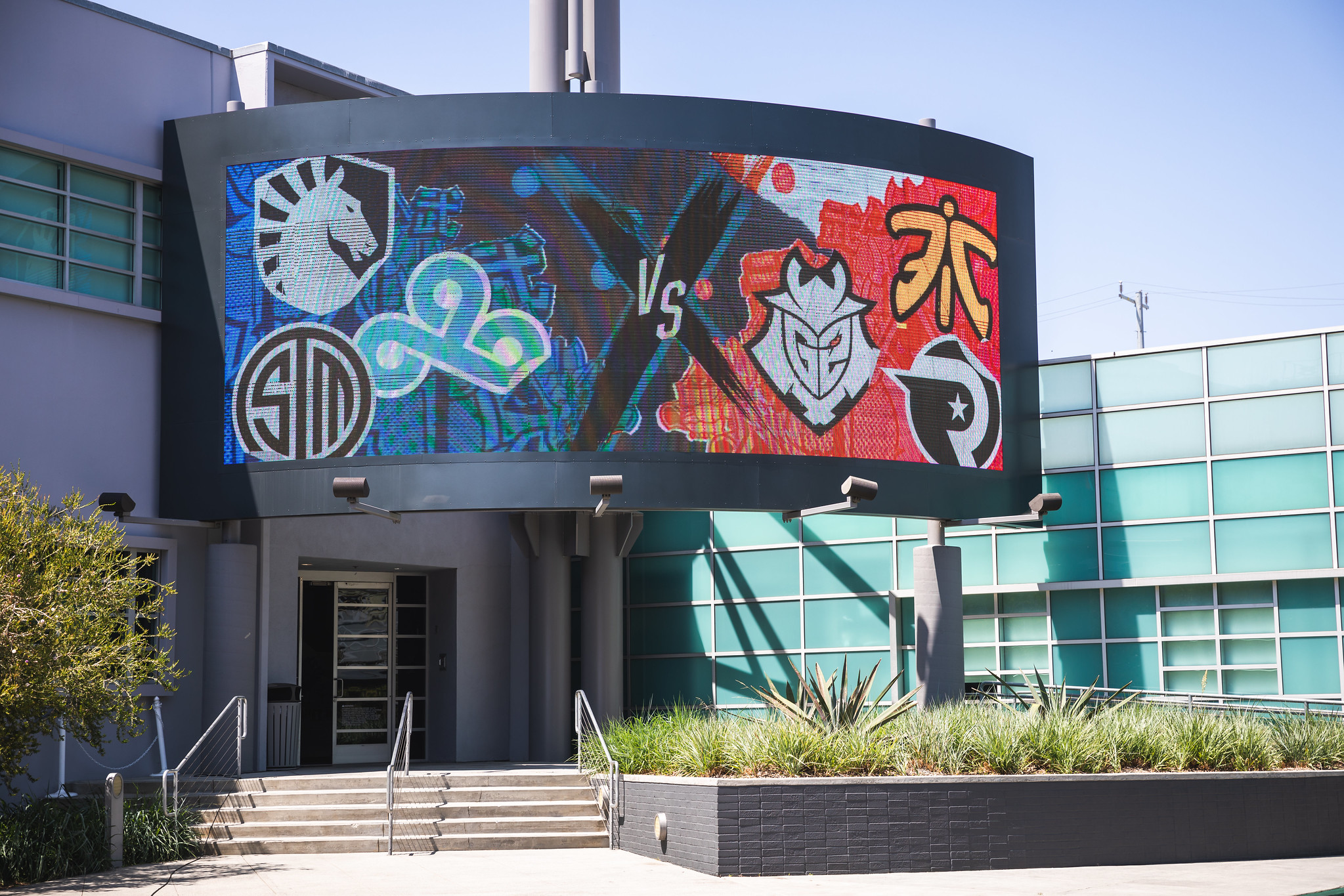 Whether you’re a sports fan looking to enter the world of esports or you’re a gamer fresh to the League of Legends scene, the LCS and LEC are here for your viewing entertainment. But there are several details you should know about the game and esports scene before diving in.

League has become a game full of intricacies and complex strategies that teams will learn and practice for hours on end. And as a new spectator, it can get confusing.

We’ve put together a guide to understanding basic components of the game that should make the viewing experience a little easier to start.

How to watch the LCS/LEC

If this is your first time tuning into the LCS or LEC, lolesports.com is going to be your one-stop shop for information regarding the regions. The current standings, full schedule, VODs of previous games, and additional side content can be found on this site. You can even check out other regions, like the LPL (China) or LCK (Korea).

When to tune in

The LCS returns this Saturday, March 21 at 4pm CT. Below is the LCS schedule for this weekend.

The LEC returns one day earlier on Friday, March 20 at 12pm CT. Below is the LEC schedule for this weekend.

Cloud9 are the team to beat right now. They hold a winning record of 13-1 and have already secured the first seed in the Spring 2020 playoffs. Despite their current position in the league, it’s been about five years since the team took home the first-place trophy. All eyes are on Cloud9 to see if they can keep up this massive lead or if they’ll crack during the playoffs.

Liquid are the four-split reigning champions of the LCS. Coming into 2020, they were expected to remain on top. But their split has been a disaster and a half.

For starters, their jungler Broxah wasn’t able to play for the first few weeks due to visa issues. During that time, the team faced general gameplay mishaps that were uncharacteristic of the four-time champions. They’ve dropped all the way down to seventh place with a 6-8 record and are on the verge of dropping from the playoffs. Liquid have regained some ground since practicing with their full roster, but will it be enough to salvage their season?

TSM have been a popular team since the beginning of League esports. TSM chants will fill crowds and Twitch chats alike, even if a match has nothing to do with the team.

They’ve been a long-standing threat in the LCS but recently hit a few road bumps. They were knocked out in the first round of the 2019 Summer Split playoffs and failed to make it to the World Championship for the second time in a row.

Coming into 2020, they signed one of the league’s most notoriously difficult to work with players, Dardoch, and it’s almost been successful. They’re tied for second with an 8-6 record, but the standings are extremely close—the next three teams hold a 7-7 record.

G2 are the LEC’s premier League team and the pride of the region. In 2019, they placed first during the Spring and Summer LEC Splits. They were the first European team to win an MSI championship and finished second during the 2019 World Championship. G2’s dominance has, in part, been defined by the sheer skill of their players. Last summer, the entire starting roster made the All-Pro first team.

Aside from pure strength, the team is best known for role swapping between their mid and ADC positions. Last year, their original mid laner, Perkz, moved to ADC to make room for Caps. This was Perkz’s first professional experience playing ADC and he almost immediately became the best ADC in the LEC.

This year, G2 reversed the swap. Perkz went back to playing mid and Caps moved to the ADC role for the first time in his career—and it’s working out. G2 are sitting in second place with an 11-3 record.

Before G2, there was—and still is—Fnatic. They won the first World Championship in 2011, came in second in 2018, and hold seven domestic titles. They were also the most popular League team across the LEC and LCS in 2019, according to Escharts. Until G2 joined the scene in 2015, Fnatic were the kings of the LEC.

Now the tides have shifted and a rivalry has sprouted between the two. Last year, Fnatic lost their star mid laner, Caps, to G2 and struggled to surpass G2 in the standings. During the Summer Split finals, Fnatic were narrowly defeated by G2 and left with a second-place finish. Now, Fnatic are nestled right below G2 with a 10-4 record. The question for them is whether they can overcome the new kings in G2 and reclaim the throne.

The main objective of League is to destroy the opponent’s Nexus. Teams will start on opposite ends of the map. To get to the Nexus, teams must go through a series of towers, inhibitors, and minions dispersed between three lanes.

Champions are the playable characters in League. Each champion has specific abilities and roles they can fulfill on a team. All champions start at level one and level up throughout a game by gaining experience through killing minions. Leveling allows champions to learn and empower new abilities.

There are 148 champions at time of writing. While it sounds like a lot, you’ll often see the same few champions played depending on the meta.

Minions are the soldiers for each team. They spawn down all three lanes in batches of six to seven every 30 seconds. They provide additional damage and siege power to each team and grant gold and experience upon death.

Each team starts with nine outer towers and two Nexus towers. Towers are tanky structures that each team must destroy to get closer to the Nexus. The towers will deal damage to enemy minions and champions if they’re in range. Champions will aggro tower damage if they’ve recently struck an opponent. Nexus towers are simply the two towers directly in front of the Nexus and serve as a last line of defense.

Teams have three inhibitors each and they’re located just outside the Nexus. Unlike towers, inhibitors don’t do any damage. When destroyed, they’ll spawn super minions, which are a beefier version of the normal minions.

This is the Nexus. If you destroy the opponents’ Nexus, you win the game.

Outside of the main structures in League, there are several neutral monsters that spawn throughout a game. The monsters give various buffs upon death and are often highly contested.

Drakes spawn in the lower pit of the map beginning at two minutes and 30 seconds. There are four different types of dragons: Mountain, Infernal, Cloud, and Ocean. Once a drake is slain, a new one will spawn five minutes later. Each drake offers a unique, permanent buff.

Which drakes appear in a given game is random. Starting with the third drake, however, all subsequent dragons will be the same. You’ll never see all four drakes in a single game.

The Elder Dragon is a powerful late-game monster meant to help teams close out games. After either team has successfully killed four drakes, no more drakes will appear and the Elder Dragon will begin spawning.

Killing an Elder Dragon enhances the permanent drake buffs for two and a half minutes.

The Rift Herald is an early-game monster that can spawn twice between eight and 20 minutes. After 20 minutes, the monster is replaced by the Baron.

Upon death, the Herald drops an item called the Eye of the Herald. It can only be picked up by one player on the slayer’s team. While intact, the holder will have access to a quicker recall and ability to summon a Herald. Once summoned, the Herald will charge into enemy towers, doing immense damage to them until killed.

Baron is a mid to late-game monster that empowers minions and decreases the recall time of the slayer’s team. It spawns at 20 minutes and every seven minutes after being killed.

Empowered minions are given extra damage and defense stats, making them a hefty source of siege power for the slayer’s team.

League is broken up into five main roles or positions: top, jungle, mid, AD carry (ADC), and support. Each position serves a different purpose and impacts the game in a different way. Most commonly, professional players will specialize in only one role.

As the name suggests, the top position starts off in the top lane of the map. This role is often isolated in one-vs-one situations given its distance from other lanes. The purpose of the top lane is typically to splitpush or serve as a tanky engage tool for the team.

The success of a top lane player is largely predicated on their ability to play into various champion matchups and hold their own against their top lane opponent.

The starting position of the jungler is the most fluid in the game. Essentially, the jungler has control over the spaces between the three lanes. Within the jungle, there are several neutral monster camps that the jungler will kill for gold and experience.

Given the fluidity of this role, the jungler often has the most control over the tempo in a game. They’re a major factor in assisting other lanes with kills, pushing towers, and killing neutral objectives. During any match, you’ll see the jungler moving up, down, left, and right to help get their team ahead in one way or another.

Depending on the team setup, the mid laner is typically one of the primary damage dealers on a team. The mid laner serves as a pivot point in the map. Next to the jungler, the mid laner has the agency to roam between all three lanes given its central position.

Star mid laners will be able to control their lane while simultaneously finding opportunities outside of their lane.

The AD carry, or attack damage carry position, is located in the bot lane. The ADC serves as a team’s main source of damage next to the mid laner. The purpose of an ADC is to stay alive and do damage. You’ll often see ADC players skirting around fights while their teammates guard them against any incoming damage.

The support starts off in the bot lane alongside the ADC. While in lane, the main goal is to help get the ADC ahead. The support has a fair amount of room to roam as well and can help other lanes get ahead through strategic ganks.

We’ve only scratched the surface of League esports in this article. It may take a few games to understand the flow of League and the LCS and LEC, but it’s well worth the time to enjoy this esport.