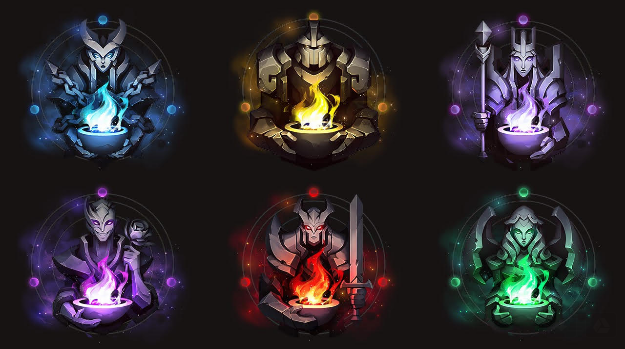 A new League of Legends feature hit the Shop this week, allowing fans to track their stats with Eternals—and once again, the community is divided.

Eternals debuted with Patch 10.5, allowing players to flex on opponents with in-game achievements for things like Bicycle Kicks on Lee Sin or Fatal Flirtations with Ahri. While it’s fun to have a stat tracker that records your plays, having a price tag on a feature that many feel should be free is causing quite the stir.

This begs the question: Are League’s Eternals worth buying?

It should be first made abundantly clear that Riot isn’t forcing anybody to purchase Eternals. So if you’re in the “Eternals are pointless and just another money-grabbing scheme from Riot” camp, you can simply opt out. And you can further opt out by disabling the feature and refusing to acknowledge a fellow player’s achievement.

One-tricks and mains now have a way to show off their dedication to a champion. Though players do have the champion mastery emote, that doesn’t necessarily encapsulate your skills on the champion. String together a few good games or stomps and you can hit Level-seven Mastery in a couple of weeks. And all mastery points prove is that you play the champion a lot.

Now Lee Sin mains can show enemies how many previous victims have been Insec-ed before them. Yasuo one-tricks can boast about all the projectiles they’ve blocked with Windwall, while Blitzcrank aficionados can show off how many departed souls were snagged by their hooks.

Eternals encourage players to truly master a champion and focus on fundamental mechanics. And the more common “starter series” Eternals, which can be bought with Blue Essence, track things like “epic monsters killed” and “structures destroyed.” Players looking to get those numbers up would be more inclined to rotate to objectives like Baron or dragon.

Former League pro IWillDominate even joked on his Twitch stream today that Eternals are “five-head as fuck from Riot,” which will make players better by rotating to objectives.

But dissenters do make some valid points. One zealous fan claimed Eternals are “overpriced and not worth it at all” in a Reddit post yesterday. The player explains that Eternals are “another way to mildly tilt your opponent or add to your mastery flair.” What was even more disconcerting to the fan is that Riot plans on making multiple series of Unique Eternals, which cost 600 RP (roughly $5) per champion. This means that players who want to show new accolades will have to purchase more Eternals for their champion in future series.

Some people also feel that a stat-tracking system based on achievements should be free. Players shouldn’t have to pay for Riot to acknowledge the big plays they make during a game.

And some Unique Eternals are underwhelming, forcing you to pay 600 RP for an undesired accolade. Illaoi, for example, has a Tentacles Summoned Eternal that has little to do with player achievement and more about random spawns. To make Eternals more interesting, the stats tracked would have to be more complex and difficult to accomplish.

Despite the controversial takes on Eternals, they do provide a better mastery system than the one currently provided. And though players should probably stray from buying multiple Eternals, it’s a great way for one-tricks and mains to get recognition and a sense of accomplishment for the plays they make.

Riot devs have admitted that this is their “first swing” and they plan on incorporating player feedback into future Eternals series. But if the dev team can figure out a way to appease fans’ interests and wallets, they might be on to something here.