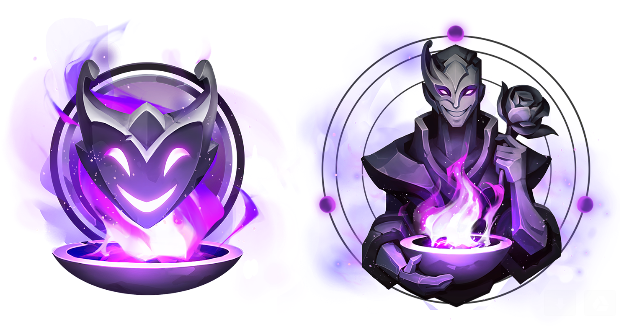 Riot shed some light on League of Legends’ Eternals today—and they look glorious.

Eternals allow players to showcase their achievements and accolades on and off the Rift. Hitting a big milestone will let you and the players in your game know, allowing you to flex on the competition. And after months of developments, Riot finally revealed a slew of information on the stat-tracking feature.

Here’s everything we know about Eternals.

Eternals is a stat-tracking feature that allows you to “capture, celebrate, and flex your moments of glory in and out of game,” according to Riot. After purchasing an Eternal series, the stats begin tracking automatically. Right after you pass a milestone, like 50 Bicycle Kicks on Lee Sin, an in-game notification pops up that all players in the game can see.

Players will also be able to see Eternals stats, as well as your Champion Mastery, in your Player Showcase. This will be visible on the back of your champion card in the loading screen and in the death screen after you get a kill or assist on an opponent. Players can customize which Eternals they want to be shown in the Player Showcase.

There are two types of Eternals: Common and Unique. Unique Eternals are champion-specific stats, like how many long-distance Ashe arrows you hit. More general stats, like takedowns or epic monsters killed, are called Common Eternals.

Players can unlock perks by achieving milestones within an Eternal Series. After hitting five milestones on a single Eternal, players’ Personal Best for that stat will be recorded. And when you beat your Personal Best in a match, all players in the game will see the achievement pop up.

Hitting 15 milestones in an Eternal will upgrade your Mastery Emote with an “exclusive fiery effect.” The Mastery Emote can be upgraded multiple times with each Eternals set completed.

How much will Eternals cost?

After the community’s widespread complaints on Eternals being RP-only, Riot will offer ways to earn Eternals without spending money.

The Starter Series of Eternals will be available for 2,500 Blue Essence (or 225 RP) per champion. This includes Common Eternals like takedowns, structures destroyed, and epic monsters killed.

“We specifically chose these stats because they encourage teamplay and are applicable to all champions in the game,” Riot said. “You won’t need to last hit a turret or dragon to get credit for these, so long as you participate in taking the objective or kill, your stats will go up.”

Riot will release Eternal Capsules as free rewards in Ranked Splits. The capsules will contain Orange Essence and two random Set Shards, which work similarly to Skin Shards. Players can disenchant Set Shards they don’t want for Orange Essence and use that currency to upgrade a Set Shard into the real thing.

For players who have a wide champ pool and don’t want to spend an arm and a leg buying an Eternal for each one, Riot is offering a discount. A Series Pass instantly unlocks all the Eternals in a series for every champion at a reduced price. The Series One Pass will be priced at 5,850 RP, roughly 90 percent less than buying each champion’s Eternal individually.

A Starter Series Pass, that includes Common Eternals, will be purchasable for 14,750 Blue Essence or 1,350 RP.

When will Eternals release?

Riot hasn’t revealed a set date for the Eternals’ release. But they’re currently being tested on the PBE, suggesting that they may hit live servers soon.