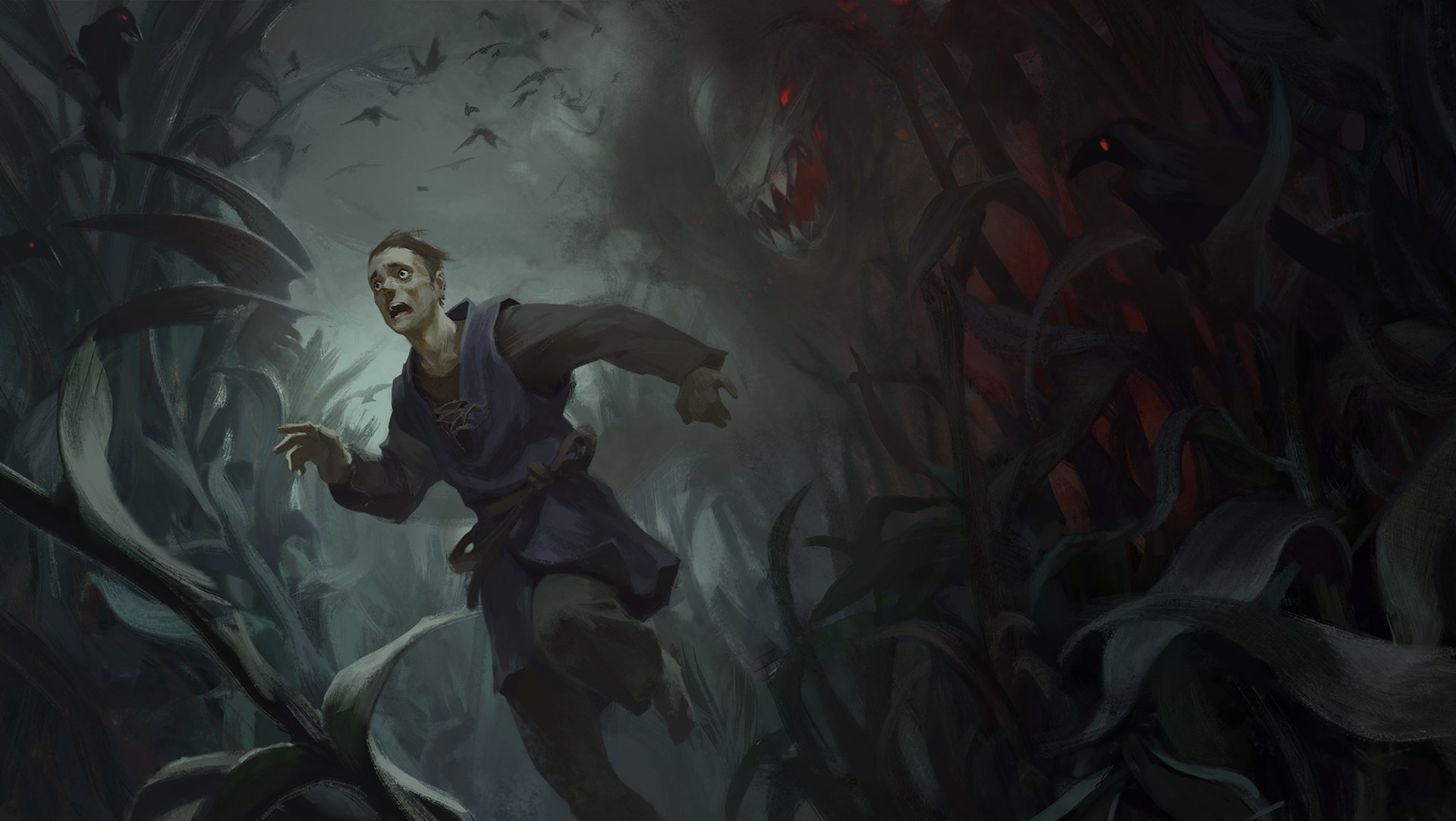 The universe of League of Legends is filled with various creatures that differ from one another for who they are and the abilities they have. Among yordles, mages, gods, and spirits, demons are lurking in the shadows of the most horrific events.

Runeterra’s demons are driven by negative feelings and thoughts of people, and they feed on these emotions until their victims die. Each demon is attracted to and associated with a specific emotion, a notion that League fans have picked up from the Demonic Compendium released along with the rework of Fiddlesticks.

From the fragment of esoteric lore of unknown provenance, League fans can recognize various types of demons branching out from a main root. With the primary demon being related to fear, the three others that originate from this prime source are the demon of delirium, the demon of nightmares, and the demon of secrets which in turn give origin to other sub-demons. The demon of obsession, frenzy, and bliss in turn branches off into other smaller demons known as Azakana.

So far, only four demons have roamed the Rift, and four others have lent their powers to some people from Runeterra. Here are all of the champions related to the demons of League’s universe.

Also known as the Demon of Fear or the Voice-Eater, Fiddlesticks is the first demon recorded in Runeterra’s myths and legends. Fiddlesticks feeds on the fear and horror it brings on its victims, and it’s a being so ancient that “it has always been,” according to its biography. The “ageless horror” uses the voices of its victims to attract more people to their demise, using their deepest fears to install a reign of terror over its hunting territory before finally finishing its victims.

Nocturne is known as the demon of nightmares. His origins are uncertain, but his first appearance can be traced to the end of the Rune Wars, when mages started experimenting with shadow magic. Feeding on nightmares and then people, Nocturne came to Runeterra from the spirit realm, as it’s explained in his biography.

The demon Tahm Kench is known by many names in all parts of Runeterra: the River King, the Great Waddler, Old Yawn-Belly, and Two-Coats. Feeding his insatiable appetite with the misery and treasures of others, the demon of greed allures his victims with his sweet talk and promises of “something more,” according to his biography. Mortals who are not able to fulfill their end of the deal end up devoured in Tahm Kench’s enormous mouth.

Evelynn came to the world as a shapeless “wisp of shadows” and became a demon by feeding on the pain of Runeterra’s people, according to her biography. The demon found the peak of pleasure during the Rune Wars, when pain and agony filled the daily lives of the continent. After the war, Evelynn found a shape and physical form that would attract humans, only to capture them and inflict the most horrendous forms of torture on them. Also known as the demon of agony, Evelynn wants to return to an existence of pure ecstasy, and to achieve her goal, she plunges the world into chaos.

Swain is not a demon, but he wields the power of Raum, the demon of secrets. After being cast out of the Noxian army, Swain sought the power to become the Grand General and found it in the depths of the Immortal Bastion in the shapeless form of a demon. In his biography, it’s said that Swain is gathering information as the demon did before him to face the dangers that lurk beyond the borders of Runeterra.

The biography and lore of Nilah is not out yet, but from what we heard in her teaser, we know she’s affiliated with a demon, probably the one related to joy or bliss.

After his death, Yone fused with one of the smaller demons, an azakana. Along with a demonic sword, Yone received a mask on his head in the form of the akazana’s face, which he can’t remove. But thanks to it, Yone can now see other demons through the mask’s eyes. Yone roams Runeterra sealing away other azakana to learn more about the demon he fused with, according to his biography.

After being captured by Noxus’ army, the fire demon Tybaulk was infused with a mage to enhance her magical powers. After marrying and having a child, the mage transferred the demon into a teddy bear, which was then gifted to the mage’s only daughter, Annie. After years of bonding, the two became inseparable and now wander the land of Runeterra in search of someone to play with. In Annie’s biography, it is explained how Tybaluk’s full power is unleashed whenever the child is filled with anger, thus bringing to life the fiery demon sealed in her teddy bear, Tibbers.

Little is known about Shaco. His biography and origin story is probably one of the shortest Riot has released for a champion. But we know that the Jester is so old that no one really knows where he came from. He’s described as a “demonic manifestation of humanity’s dark urges,” leading us to think he could be some kind of demon. In fact, Shaco is the only champion that has the word demon in his descriptive name, but Riot has never confirmed whether he’s one or something else completely.