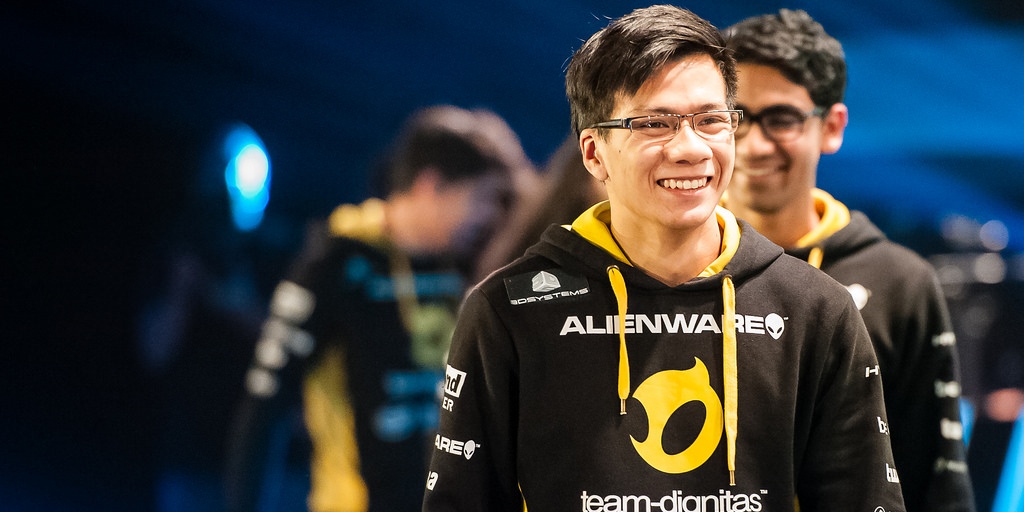 Of the 10 teams that will be participating in the NA LCS next split, it is likely that at least 6 will field foreign mid laners. A region that has been at the forefront of the League of Legends esports scene since its inception, a region with a huge potential talent pool to draw from and plenty of resources to develop said talent, will likely only produce 4 – or possibly fewer – LCS calibre mid laners for next split.

Dignitas mid laner Shiphtur is not the first to notice this trend, nor will he be the last. It is no exaggeration to suggest that NA players as a whole, not only mid laners, are a “dying breed”, but the question that remains apparent is why? Why does North America struggle to produce star players, something that its fellow western region EU has had little problem doing over the years? What is it that is causing the talent pool to stagnate so hard, and what can figures within the region do to fix it?

The players themselves would probably try to tell you that talent doesn’t develop due to a lack of opportunities. It is incredibly common for an organisation to look abroad first to fill their roster slots. HotshotGG famously claimed that there was a lack of talent in NA before moving Chauster to the jungle role and picking up Korean ADC Locodoco for support back in Season 2. Again, CLG would rather pick up completely unproven import Seraph for top lane than try a homegrown talent out at the position after Nien’s departure. TSM go with rising EU star Bjergsen after Regi’s retirement. Dignitas replace their NA born and bred Zionspartan and QTpie combo with Gamsu and CoreJJ for Season 5, players who between them have a single last place finish in HOT6iX Champions Summer 2014 to list as an achievement (Gamsu was only a sub for Samsung Blue). Throughout the history of North America stretching as far back as season 2, top organisations have consistently opted for foreign imports. Despite varying degrees of success it seems that for season 6 we will see a similar story. With GBM, formerly of Jin Air, already confirmed for new boys NRG and Alex Ich lining up for Renegades, we are about to see two more imports enter the fray.

It would be unfair to say that in every instance, there was no talent from NA available. Players like Bloodwater in season 3, Aphromoo in season 4 and Hauntzer in season 5 have shown that native players can grow into top tier stars if given the right opportunity. Even now, players like Altec and Adrian are considered best in their position and incredibly valuable free agents, despite being relatively new to the LoL esports scene. So why is it that we see so many NA players overlooked? Some may find it surprising when suggested that players like Shiphtur are part of the problem. However, when we examine the career trajectory of some of NA’s most promising past talents, specifically in the mid lane, a trend starts to appear that makes their marginalisation somewhat unsurprising.

Shiphtur exploded onto the scene with Team Coast during the summer of 2013, having previously been plagued by visa issues. With these resolved he became the star player for Team Coast, famed for his play on snowball assassins such as Le Blanc, Ahri and Katarina. Often he would be the bright spot for an otherwise poor team, and carry them in their losses (one particular highlight being his Ahri backdoor versus TSM), however towards the end of his time on Coast issues began to rear their head. According to sources within the team, Shiphtur “stopped talking to them a week before relegations”. Nintendude (jungler for Coast at the time) went so far as to say that communication had been almost non existent between him and Shiphtur for the last half of the spring split; despite attempts to bridge the gap, Nintendude said that communicating with Shiphtur was like “pulling teeth”. This attitude is not conducive to a productive team environment. In spite of the rumours aimed in his direction Dignitas, one of the most storied organisations in the North American LCS, decided to pick him and his fellow solo laner Zionspartan up to star in their roster for the summer split of 2014. This was an incredible opportunity for the young players.

It begins well for Shiphtur and his team, sitting third place for most of the split and performing well against some of the best teams, beating LMQ and Cloud 9 during the regular season. However on the final stretch they falter, finishing the regular season with a poor run and entering the play-offs in 6th place. Their first series in the play-offs is a convincing loss to TSM, but they follow this up by beating CLG 3 – 1 to avoid relegations, with Shiphtur holding an 8.0 KDA for games 2 – 4. On the surface it seems like a commendable opening season on Dignitas for Shiphtur, however criticisms of his play are already beginning to surface. He is accused by analysts and casters of being too passive and focusing on KDA, and the new Shiphtur appeared a far cry from the aggressive assassin player he was initially known as, preferring control mages such as Ziggs and kiting around the edge of fights.

Moving into Season 5, more issues follow. A poor start in spring sees Crumbz leave his role as team captain and jungler, stating that as a leader he “did not get much following”. Again, a team with Shiphtur faces internal issues, and again the jungler appears to be the focus. Statistically, Shiphtur has his worst seasons in the LCS, coming bottom for DPM and 2nd bottom for DMG% amongst mid laners despite being in the top half for gold %. His team are still giving him plenty of resources, but the results are severely lacking. The trend continues in the summer split, coming bottom again for DPM amongst mids and bottom half for DMG%, AGAIN being in the top half for gold %. Despite being given all the opportunities by a well funded and well storied organisation, a combination of his attitude and performance leave Shiphtur as possibly one of the least desirable mid pick-ups in the LCS.

Another player who experienced a more public downfall was Link. The story of Link is a familiar one, but a story that is worth discussing in this context. Consistently given chance after chance by CLG, despite being an obvious weak point in clutch games and situations. We all remember his infamous Lissandra ult versus TSM. We all remember him choking completely during playoffs. We all like to forget his often solid regular season performances, yet how can any top tier LCS team with worlds ambitions expect to make it to worlds with a player who simply can’t perform during playoffs? Attitude issues also seem to plague this particular former LCS star, the Donezo Manifesto littered with examples of a complete lack of self-awareness, a complete inability to analyse his own shortcomings, and a complete refusal to find blame in himself for any of CLG’s failings. When players are willing to release such a damaging and critical document of an organisation that has supported them time and time again, why pick them up?

Is talent the major issue? Possibly. We often see NA hopefuls entirely outshone and outcompeted by their foreign counterparts. In NA, of the 6 individual awards on offer for performance during both splits, all 6 were won by players imported from other regions. A single NA player made the All Pro team last split.

The more pressing problem however is attitude. Shiphtur’s tweet emphasises this to a large degree, as does Link’s parting shot at CLG. Entitlement. An inability to be introspective. A poor work ethic. All of these traits see to be glaringly present in some of NA’s rising stars, and it hinders them no end. A similar problem exists in CS:GO’s North American scene. Everybody wants to blame everything but themselves. NA players, coaches and fans need to come together to rethink their mentality, because it is perpetuated at every level. Fans hype up players like Pobelter and Shiphtur to the point where the players start to believe the hype before they have proved themselves. I came across a tweet recently that stated Korean teams show up for a 2:30pm scrim at 2pm, and coaches in North America need to start ensuring their teams follow the same mentality. The players simply need to step up. Lustboy in his very recent vlog commented on the poor environment that is NA solo queue, particularly compared to Korea, and this has to be improved. Flame was famous for berating players he felt weren’t trying hard enough against him, and this competitive atmosphere should be emulated by the players in NA.

The culture in NA simply has not been competitive enough in the past. This has to change now if we want to see an NA team make it out of the group stages at the next LoL World Championships, and in a broader sense make North America relevant on the international stage.