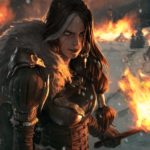 Riot Games recently announced its plans to release six League of Legends champions every year. When the game was first introduced in 2009, most of the new champions were designed from scratch and all had a piece of lore written just for them. After a decade, however, League’s lore evolved and is now filled with countless side characters that play important roles in the game’s expansive universe.

This left Riot with an arsenal of possible new champions that had a place in the game’s lore. Fans were already thrilled about seeing such familiar faces like Kai’Sa and Senna—two characters with deep roots in Kassadin and Lucian’s background stories, respectively. Riot also built on the League universe with this year’s release of Legends of Runeterra, which has countless characters from League’s lore that are yet to be released as fully-fledged champions.

And with several new champions already teased for release later this year, there are several possible characters from League‘s universe that many fans want to see added to the game as playable champions. Here are some of the possible characters that could make the cut.

There are many ways to introduce Kato and Shiraza to League. The two are linked cards in LoR and once they hit the board together, it may be the end for anyone who stands against them. Shiraza has the ability to deal double damage to the nexus and Kato has a support ability that gives +3 to a unit.

They also seem to have a romantic relationship. Kato’s flavor text reads “Shiraza is a great girlfriend—I mean friend—and we are in no way dating. But if we were, I would like her to know that I wish her a happy anniversary. Thank you, no more questions.”

Shiraza appears to thinks otherwise, however. Her flavor text reads, “He said what?! That man has bricks for brains. Can’t fault those shoulders, though…”

Riot could either feature them as a single champion and have a chance to work with a wide ability pool or do another package deal like Xayah and Rakan. While Kato and Shiraza still have a lot to talk about their relationship, they could be a killer bot lane.

The Sentinel of Light, Daowan

While fans could theorize about which champion could be next on the list based on lore and their knowledge of the other characters from Legends of Runeterra, Riot’s roadmaps tend to be the ultimate guide. The devs don’t exactly give any names, but there tend to be many hidden hints in their announcements.

In one of the latest champion roadmaps, one of the future champions was revealed to be a Sentinel of Light. This alone is enough to make healthy guesses on the new champion’s identity. Based on League’s lore, the Sentinels of Light include names like Daowan, Anabal, Senna, Lucian, and Urias.

Senna and Lucian are already in the game, and Urias is Lucian’s late father who died in the old game. Anabal, on the other hand, sacrificed his life while trying to save his village during an attack. With those two out of the equation, only Daowan remains as a possible candidate.

Daowan was also involved with Lucian and Senna since he helped them with Anabal’s relic pistol and repelled the Black Mist. Daowan hasn’t been seen since then, but he still remains as one of the most likely Sentinels of Light who can be the next champion.

Yordles are known to be witty and relatively cuter than all the serious champions in League. This currently unnamed Yordle was supposed to be released after Gwen, but she was taken back to the workshop for further fine-tuning.

As of now, this new Yordle character is likely to be a mage. She’s also involved in Viego’s lore and will have a place in the Ruination storyline.

Though some fans will think that tank metas make League impossible to watch, tanks are an essential part of the game and can be the finishing touch of any lineup.

In LoR, Vienna becomes stronger every time she survives damage and this makes her a great candidate for either a tank champion or a battle thirsty one like Draven.

She can also be seen in a 2019 short story about Sylas, in which she tried to kill the mage but failed to do so. This led to Sylas earning her respect and proving himself worthy enough to join her tribe. 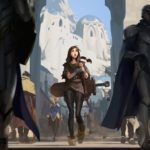 Cithria has the most detailed backstory compared to the other characters in LoR. She can be seen in another Sylas short, in which she’s one of the youngest members of the Demacian army. She showcases her worth by preventing an uprising which was about to take place after Sylas successfully escaped his execution.

She has two separate cards in LoR that shed more light on her story. Cithria of Cloudfield features a young Cithria looking to make her way into Demacia’s elite warriors since she grew up with the stories of their adventures. Cithria the Bold showcases her in armor holding her hand high in the battlefield. The description of her second card also indicates her successes as a warrior and her thirst for more.

Though she has a Fiora vibe going on, Riot could certainly take advantage of her story to come up with a champion similar to Dota 2’s Tiny. Cithria could start the game as her young self and slowly grow up by leveling. This would give her a lot of design space since she has the potential to become completely a different champion when she reaches the maximum level.