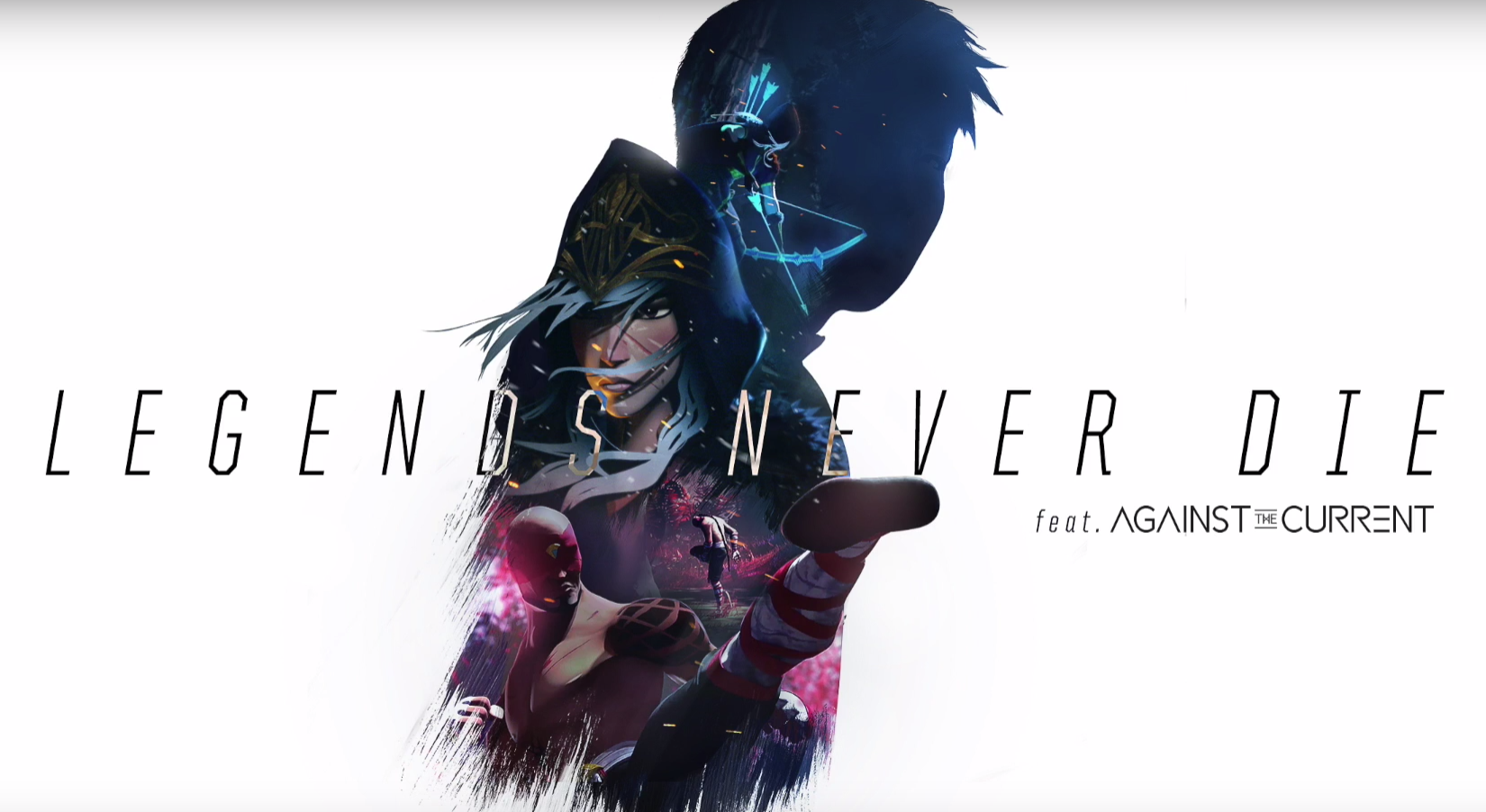 Riot Games shocked the League of Legends community with a hype-fueled music video called “Warriors,” performed by none other than Imagine Dragons for the 2014 World Championship. Since then, each Worlds has had its own theme song, with Nicki Taylor’s “Worlds Collide” in 2015 and Zedd’s “Ignite” in 2016.

The 2017 World Championship theme song was revealed today on the official League YouTube channel, and it just plain rocks. Here is “Legends Never Die,” featuring Against the Current.

In our opinions at least, it certainly lives up to the high standard of hype set by “Warriors” in 2014. Against the Current is an American pop band under the management of Fueled by Ramen, the same record label responsible for bands such as All Time Low, Fun., Panic! At the Disco, and Paramore. Against the Current has had a few hits, such as “Wasteland” and “Dreaming Alone,” but this is the band’s first association with League.

Worlds starts in eight short days, on Sept. 23, and it runs all the way into November, when the two best teams in the world square up against one another. The tournament stretches across China in Guangzhou, Beijing, Shanghai, and Wuhan, where 24 of the best teams from 13 different regions will compete for the title.

It’s one of the largest esports events in the world, and “Legends Never Die” certainly builds up enough hype for it.