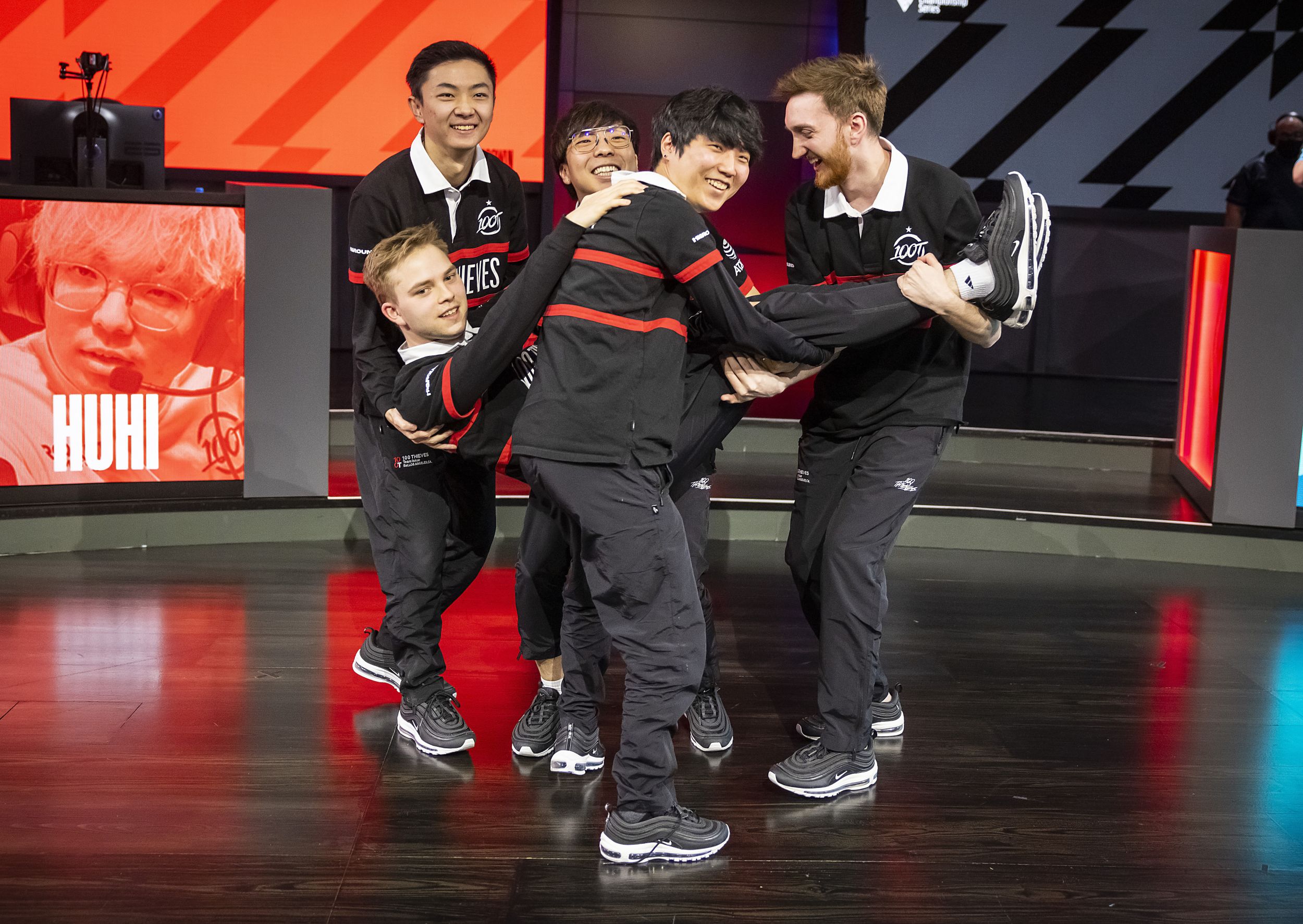 The 2022 LCS Spring Playoffs finals lingers in the minds of players and fans alike. Against all odds, Evil Geniuses swept through the reigning champions in 100 Thieves to achieve the organization’s first award in professional League of Legends. Since then, this has propelled EG to the top of the LCS in the Summer Split, before they now came in contact once more with the team they defeated to earn that trophy.

With EG sitting in uncontested first place to round out the fifth week of the Summer Split, a win from 100T would not only mark revenge for the Spring Playoffs, but allow them to separate themselves from the teams trailing them in the standings. Following a rather slow and methodical game, 100T successfully flipped the script, securing their first win over EG since Spring.

Neither team wanted to pursue any risky trades in the early game, recognizing that they both sit at the top of the LCS standings for a reason. Each time 100T pressured EG into a fight, they were unable to get past the durability of the opposing champions and watched them limp away with little health.

A third attempt from Abbedagge to execute Jojopyun eventually afforded the team first blood, 15 minutes into the game. Almost immediately afterwards, a quadra kill for Abbedagge at the Rift Herald pushed their gold lead even higher, all thanks to a clutch Bailout from Huhi’s Renata Glasc.

Further overzealous pushes and dives from EG increased their gold and kill deficit. While the reigning champs had drafted a composition not lacking damage, much of their potential lay in an initiation from either Vulcan or Impact. Unfortunately, nearly every time either of these platers went for a play, EG lacked the damage and positioning to adequately follow up.

A final fight at Baron went in the favor of 100T. Even with Abbedagge losing his life, the damage shared between the remaining 100T members—accompanied by continued great Bailouts and shields from Huhi—brought the team into EG’s base. It quickly fell to pieces in one swoop.

This victory, which did not move 100T’s spot in the LCS standings, brings them closer to first. They are the only team (other than CLG) to have defeated EG in Summer, bringing to an end the champs’ five-game win streak.

Forcing EG to answer their oppressive composition worked wonders for 100T, who have now successfully claimed revenge for a brutal loss earlier this year.

These two teams may have the opportunity to meet each other once more at the LCS Championship in September, should they continue to keep a tight hold on the top of the standings.

Both 100T and EG move on to week six of the Summer Split to face Dignitas and Immortals, respectively.