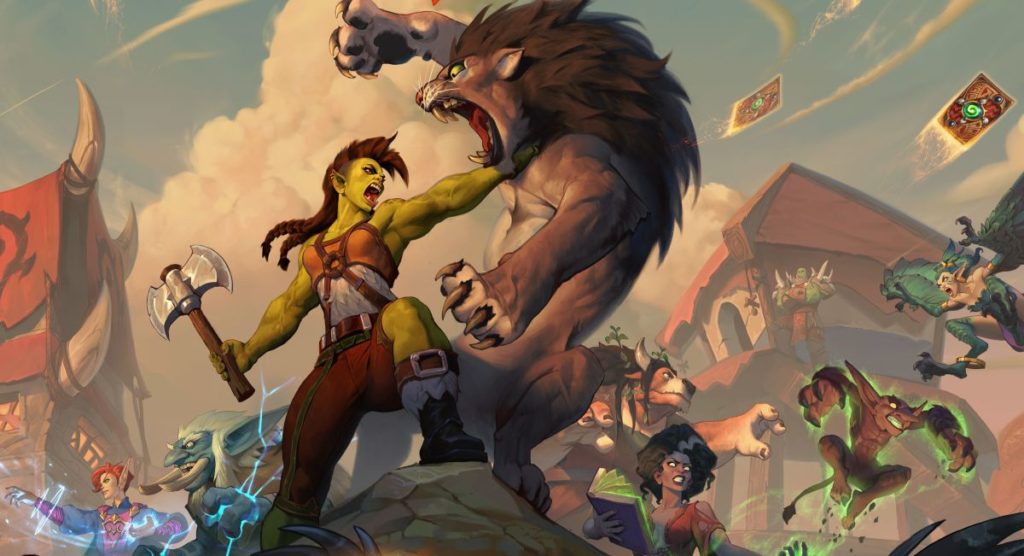 As is the case with many games, Hearthstone has numerous phrases and abbreviations that can be overwhelming for a new player.

Card games in particular are littered with terms, like Bomb, Cantrip, Mill, Ramp, Burn, and Bounce, that can be a lot to take in, but once you learn, it all becomes second nature.

In Hearthstone, OTK represents an abbreviation for the phrase “one-turn kill.” While the phrase is conceptually simple, there’s a bit of variance in the way that it’s used. In general, it’s meant to express a deck’s ability to deal large amounts of burst damage.

Sometimes, this phrase could be used to describe highly aggressive decks, but it can also be a key part of tempo decks that use combos as their win condition.

Some people hold strict definitions of the phrase OTK. For them, a one-turn kill is only accomplished by taking someone’s health from 30 to 0 in a single turn. Other players allow for the term to be defined more loosely. They have no issue using it to reference any turn that deals a high amount of lethal burst damage. If you’re the type of person who interprets OTK literally, you might find the more liberal use of the phrase to be deceptive.

No matter what your preferred definition is for OTK, everyone can agree that a one-turn kill is a large amount of lethal damage.

You just might want to make sure you and your friends define the parameters for the term before discussing it so that everyone is on the same page.