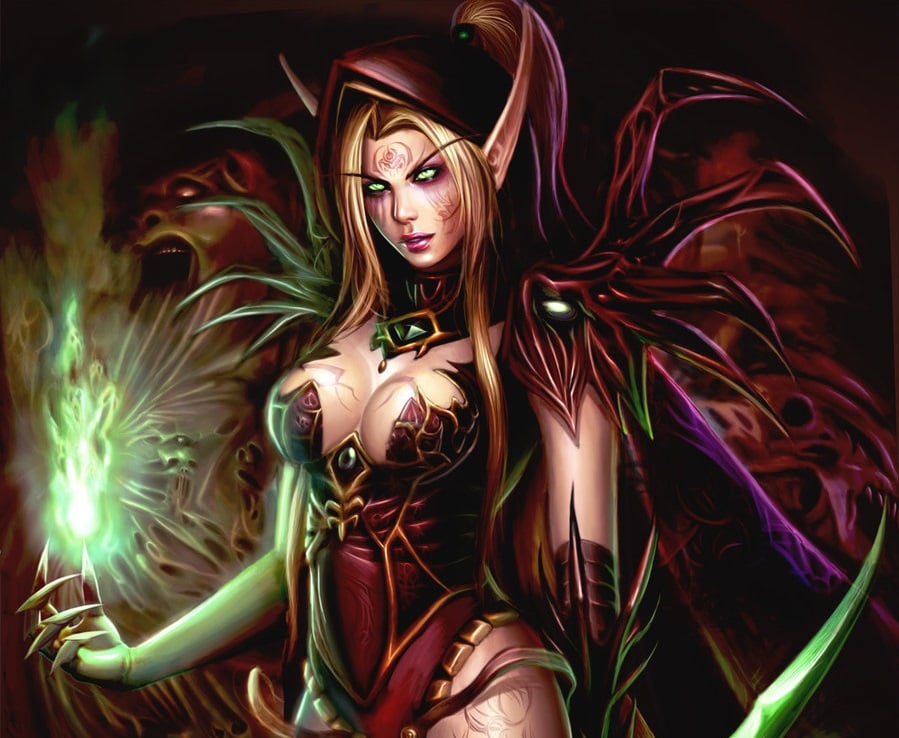 Valeera Sanguinar, along with Broll Bearmantle, was a companion of Varian Wrynn. When Valeera was young, her family was killed by bandits. She survived both the bandits and the Scourge, seeking out a living by stealing what she needed until she was caught and jailed. Showing her fighting prowess, she attracted an Arena promoter. After a series of events, she met Broll and Varian (who had lost his memory at the time), with whom she fought alongside. Although she is a blood elf, she isn’t on the Horde side. However, she is not loyal to the Alliance either; she is loyal to Varian Wrynn and his son, Anduin.

Her name is derived from the Latin word sanguis, meaning “blood”.

Edwin VanCleef was one of the greatest human engineers in history, the unquestioned leader of the Defias Brotherhood and one of the most important criminals that threatened the kingdom of Stormwind.

Edwin VanCleef was once a “roofwalker” in Stormwind with a specialty in defeating mechanical defenses. Yet, when the Horde destroyed the city, he was called upon because of the skills he learned as a child at the side of his father, a master stonemason, and was one of the first to offer his talents to rebuild Stormwind City. Due to his mastermind, the city was rebuilt in less than 10 years but the House Of Nobles refused to pay him, and this is where he created the Defias Brotherhood and established a headquarters in Deadmines.

After over twenty years of staying in the Deadmines, he was killed by adventurers (WoW players) that had discovered his location. Vanessa, his daughter, is the new leader of the Defias Brotherhood.

Jastor Gallywix is the much-maligned Trade Prince of the Bilgewater Cartel, one of the most powerful goblin trade guilds on Kezan. Despite betraying his own people in a petty act of vengeance, he retains his position as Trade Prince of the Bilgewater Cartel in its service to the Horde. Jastor Gallywix’s father, Luzik, was a tinker who lived and worked on Copper Street in Drudgetown on Kezan, and his mother left for a life of piracy. While he would turn too fat in later life, in his youth Gallywix was apparently a strong and lucid street fighter.

Anub’arak is the former king of the Nerubian kingdom of Azjol-Nerub. He was among the Nerubians slaughtered in the War of the Spider and later raised by Ner’zhul the Lich King as undead to do his bidding. He was forced to use his powers to purge the snow-swept landscape of any remaining resistance to the reign of the Lich King. Despite the pleas from his former subjects, he had been ordered to massacre many Nerubians who tried to oppose the undead.