In the previous lore article, I’ve talked about the Paladin Hero Uther the Lightbringer, and his history in Warcraft lore, as well as about the Paladin class in general across the several games and expansions.

Today we’re going to take a closer look at some of the most unique Paladin cards and talk a bit about the history behind them and their mechanics. 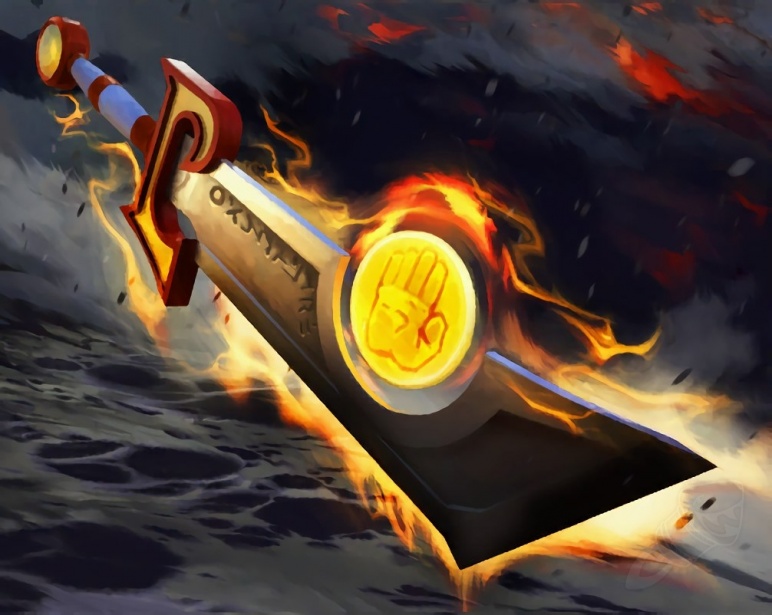 lay-on-hands is the ultimate reversal of fortune. A highly impactful spell, it dates back to the early days of pen and paper RPGs, namely Advanced Dungeons and Dragons, where it was part of the arsenal of the Paladin. Once a day ( if the Gods were kind ) the AD&D Paladin could call upon the power of their deity and literally touch his target with both hands for a healing that scaled to their level.

The World of Warcraft version was even more powerful, and even true to the original after a fashion, as players could only use it once an hour, making it a real “emergency button”, not a spell Paladins could rely on as part of their common repertoire.

Originally, the WoW version of the spell restored full health and a bit of mana, which brings us to an interesting point about the way Blizzard chooses to translate mechanics from WoW into Hearthstone:

In the Paladin class, spells that restore/handle the mana pool in WoW translate to card draw in Hearthstone – divine-favor, lay-on-hands, and blessing-of-wisdom chief among them. And this is interesting because the same is not true for the other “hybrid” WoW class, the Druid, where most WoW mana recovery spells translate directly into mana manipulation / recovery in Hearthstone.

This was probably a conscious decision to further differentiate between two classes that in WoW, despite playing quite differently, can mostly fulfill the same roles.

Despite the Warrior boasting the famous gorehowl(perhaps itself a good topic for a future lore article), the Paladin Hero has most recognizable weapons in Hearthstone. The truesilver-champion is feared both in constructed and the Arena as a powerful removal tool.

The irony is that this weapon, originally from classic World of Warcraft, was never exclusive to Paladins. Warriors could wield it as well. Perhaps what made it have the feel of a Paladin weapon was its unique effect: a random chance to protect the wielder with a shield after each strike, a shield that absorbed a certain amount of damage and was visually similar to the famous Divine Shield.

This mechanic is beautifully translated into Hearthstone, as the Truesilver Champion heals you before you strike, therefore functioning as absorption for the damage you are likely to incur next – just like the original’s shield did in WoW.

The legacy of the Truesilver Champion lives on in WoW, in the form of the Reforged Truesilver Champion, an heirloom type item – a special kind of item that grows in strength as the character wielding it levels up. Alas, the heirloom version lacks the Paladin-like shield effect.

The coghammer, on the other hand, is a very different beast.

It has no direct connection to World of Warcraft, though it is reminiscent of Finkle’s Lava Dredger, a much sought weapon that would rarely be awarded after defeating Ragnaros-the-firelord on WoW’s original 40-man raid, Molten Core.

Its flavor text, meanwhile, hints at a connection between the divine and Engineering, a curious acknowledgement on Blizzard’s part – or so I speculate – of the hardships of original WoW Paladins.

For much of classic WoW, the Paladin class was considered under-powered as a damage-dealing class, and many saw Paladins merely as bulkier, harder-to-kill priests. Meanwhile, enterprising Paladins that wished to be competitive as damage dealers found out that developing the Engineering profession – especially Goblin Engineering – would allow them to considerably increase their damage output through the use of grenades and other explosive trinkets. Thus, being a damage-dealing Paladin became synonymous with being an Engineer.

Such past history ties up nicely with the boost the Hearthstone Paladin Hero got from the Goblins vs Gnomes Engineering-themed expansion.

If tirion-fordring was not a card, he would be the Paladin hero. Currently, as Uther died on the main Warcraft storyline, Fordring is the living example of what a Paladin is all about.

Fordring can boast  having one of the longest-running storylines in Warcraft history. Made a lord in the aftermath of the events of Warcraft II, Fordring fell from grace after having doubts about the Alliance’s treatment of the vanquished orcs.

In the book “Of Blood and Honor”, a chance encounter with an old orc warrior left him believing that there were those among the horde that valued honor and goodness just as much as the warriors of his order. When he defended that same orc from being unjustly executed, he was cast out as a traitor, and only through the mercy of Uther, his brother-in-arms (indeed, Fordring was one of the original Knights of the Silver Hand) was his family spared exile.

I didn’t know any of this when I first met Fordring, of course. For me, his tale began when I was exploring the Eastern Plaguelands, in the early days of World of Warcraft, at a time when not everything was pointed out to players. He was just an old hermit that I had found living in a desolated cottage in the middle of monster-infested lands.

The game introduces him in a pleasantly low-key way: you have to go out of your way to find him, and when you do, he’s just an old, grumpy man asking you to kill the bats and carrion worms infesting the surroundings of his decrepit little house. Many players probably never found him; others didn’t bother with the menial quests.

But if you stick doing the menial labor, he will eventually open up to you, marking the beginning of a quest to redeem his son, once a proud knight of the Silver Hand, and now part of the Scarlet Crusade – an ugly, fanatic distortion of the original order (more on them soon).

After a lengthy adventure, his son dies in front of him, and the old hermit vows to abandon his exile and rebuild the order he and Uther had been part of, so long ago.

These quests have since been lost between patches and expansions – new players will never have the chance to experience them, and the fact that they were slightly secret to begin with give those of us that witnessed them a small tinge of pride, the weird sensation of having been party to a hidden part of history.

A full expansion would pass until Blizzard continued Tirion’s narrative, but they did it in style: now wielding the legendary blade ashbringer, Fordring leads the charge ( side-by-side with the players) against Arthas, the Lich King, Uther’s killer and the destroyer of the Order of the Silver Hand. At the eleventh hour of the final battle, Fordring himself shatters Frostmourne, the powerful runeblade of the Lich King, enabling the players to deliver the coup-de-grace to the most iconic villain Warcraft has ever known.

For over 10 years, World of Warcraft paladins have coveted the legendary blade. It was in Hearthstone that they finally got the chance to wield it for the first time…

The only legendary weapon in Hearthstone is only obtainable via tirion-fordring’s deathrattle – and its story is similarly convoluted.

After the fall of the Silver Hand, its remnants formed the fanatical Scarlet Crusade, bigots that were prejudiced against all that was non-human and the humans that dealt with the non-human races. And Ashbringer was the weapon of their Highlord, a blade said to enable its wielder to turn entire armies of undead into ash.

As the demons of the Burning Legion worked to corrupt the Scarlet Crusade from within, however, so did the blade itself become corrupted and useless to human hands.

Many years passed, and eventually the Corrupted Ashbringer was held by Alexandros Mograine, son of the original Highlord, and now a Death Knight in service to the Lich King.

During a crucial battle, just as the Lich King was set to finish off Tirion Fordring, Mograine has a change of heart and betrays his master, using the Corrupted Ashbringer to shatter the spell that had trapped the Paladin.

This action immediately purified the blade, and Fordring was instantly able to use it to strike at the Lich King, surprising him and forcing him to retreat, and loosening his mental dominance over Mograine and the remaining Death Knights.

The story of the Ashbringer continues – in Legion, the next big World of Warcraft expansion, the Paladin players will finally, after over ten years, be able to wield the legendary artifact.

Up until now, we have been threading the history and events of Warcraft and World of Warcraft in order to get to know a bit more about Hearthstone. But is it possible that, this once, it’s Hearthstone that offers a glimpse into the future of World of Warcraft? Will it be the death of Tirion Fordring that will leave the Ashbringer in the hands of players?

So ends our deep dive into the lore of the Paladin Hero and its cards. What other class, cards or themes would you like to see explored in future lore articles? Please let me know in the comments!