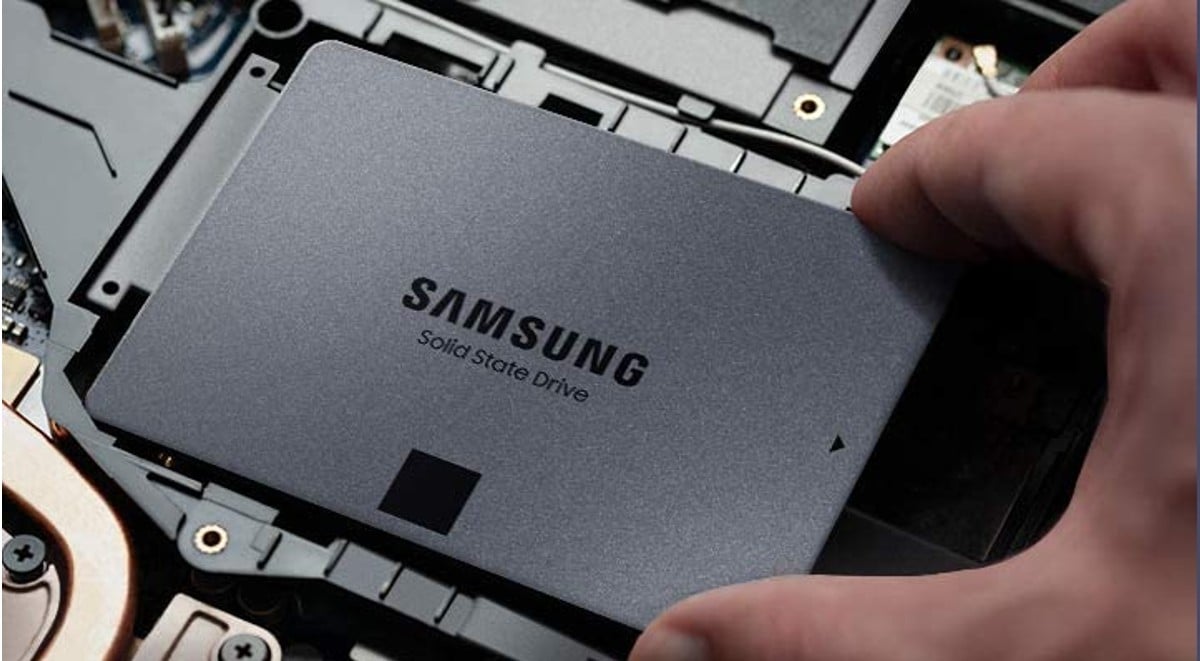 If you’re building a gaming PC today, or upgrading your existing rig, chances are you’ll be investing heavily into SSDs.

SSDs, known as solid state drives, were first introduced to consumers in the early 1990s. Available only in OEM laptops for a staggering $1,000 a piece, the drives had a meagre 20MB of storage.

But it was the start of an architectural shift that would eventually begin to dominate the industry. In recent years, gamers — and gaming consoles — have begun to adopt the next generation of hard drive technology: NVMe SSDs, a specialist form of solid-state drives that resembles a stick of RAM that are capable of enormous speeds.

Of course, such power always comes at a cost. And not every gaming PC needs two or three super-expensive NVMe drives to enjoy a substantial upgrade. Traditional SATA SSDs offer great reliability with plenty of capacity. And for the current generation of PC gaming, SATA SSD speeds are plenty fast for any game you might throw at them.

Western Digital’s Blue 4TB tops this list because of its large storage capacity. While it isn’t the biggest SSD available, its four terabytes of space should be enough for most users, with space for large game libraries and media files.

The Blue 4TB has fast speeds and is also very durable. It’s capable of sequential read speeds of up to 560 MB/s and sequential write speeds of 530 MB/s. Buyers can also expect it to last for many years with around 1.75 million hours mean time to failure (MTTF) and up to 600 terabytes written (TBW). Western Digital also gives users additional peace of mind with a five-year limited warranty.

It’s easy to transfer data to the Blue 4TB with the included software. This SSD comes with Acronis True Image to backup and clone drives, as well as the WD SSD Dashboard to monitor performance.

Many buyers won’t need four terabytes solely for gaming, and the additional space is ideal for backups or media files. The Blue 4TB doesn’t come cheap, but it’s always worth having additional capacity rather than running out of space.

Die-hard gamers with an extensive game collection or imaging professionals with many files need the highest capacity possible for all their information. The Samsung 870 QVO 8TB has a huge capacity, but it doesn’t come cheap.

The 870 QVO has the largest capacity of any drive on this list, and its speeds match the Blue 4TB. Its eight terabyte capacity is more than enough for most users, and its 560MB/s read speed and 530 MB/s write speeds are fast enough for most games.

Samsung’s 870 QVO 8TB has a higher life expectancy than the Blue 4TB, but it also has a lower warranty period. Users can expect this SSD to last around 2,880 TBW, but it only has a three-year warranty. At least buyers can monitor performance and check the SSD’s health with the included Samsung Magician software.

This SSD has enough capacity for the most demanding users but may be overkill for everyone else. Its only drawback is the high price, limiting its audience to users who really need the space.

Two terabyte SSDs like Teamgroup’s EX2 2TB have enough storage space for casual gamers. Their capacity is adequate for many games and media files, and they cost around half the price of four terabyte models.

This SSD is slightly slower than the 870 QVO 8TB and Blue 4TB. Its read and write speeds are marginally slower at 550MB/s and 530MB/s, but it shouldn’t affect gaming performance.

The warranty on the EX2 2TB isn’t as long as the Blue 4TB, but it still gives buyers some assurance of its quality. Like the 870 QVO 8TB, it has a three-year warranty, but it has a shorter expected lifespan of around 1,600 TBW with an MTBF of one million hours.

Despite its slower speed, the EX2 2TB is still a worthwhile option for buyers with average-sized gaming libraries because of its two terabyte capacity. It’s also reasonably priced and affordable for most buyers.

One terabyte options like the Crucial MX500 1TB have the best price to performance ratios, making them accessible to most buyers. One terabyte isn’t enough for large game libraries these days, but it can easily store a few big games.

Another benefit of the MX500 1TB is its long warranty. Instead of a three-year warranty like the EX2 2TB and 870 QVO, it has a five-year limited warranty with a 360 terabyte TBW.

Crucial’s MX500 1TB isn’t very expensive and has a long warranty. While its one terabyte is acceptable for some gamers, it won’t be enough for those with larger libraries.

Budget-conscious buyers looking to upgrade their storage without spending much might consider the Samsung 860 EVO 500GB. Its 500GB capacity isn’t much and can only hold a handful of games.

Despite its smaller size, the 860 EVO 500GB has similar speeds to the other drives on this list. Its 550MB/s read speed matches the EX2 2TB, while the 520MB/s write speed is slightly higher than the MX500 1TB.

Samsung’s 860 EVO 500GB has a long warranty like the MX500 1TB and Blue 4TB. There’s a five-year limited warranty and is expected to last around 2,400 TBW. Like the 870 QVO 8TB, it comes with Samsung Magician software to monitor performance and ensure it’s operating correctly.

While most buyers are better off with the larger drives on this list, the 860 EVO 500GB can still be worthwhile. It’s a viable option for casual gamers with smaller libraries, and its low price enhances its appeal.