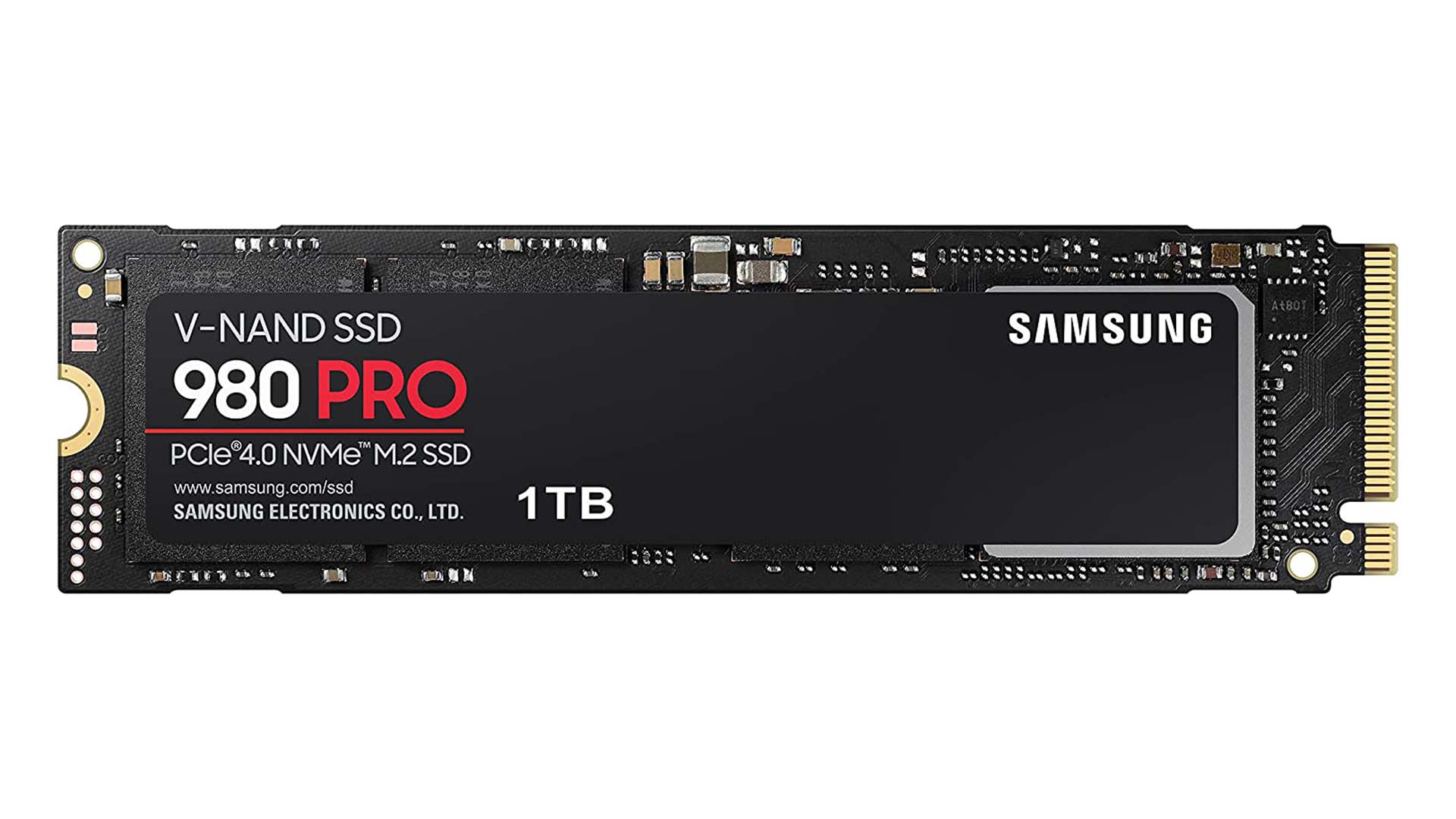 Image by Samsung via Amazon

The PlayStation 5 offers some of the fastest load times ever seen in gaming due to its incredibly fast SSD. However, it also has a relatively low storage space considering most modern games’ sizes. Owners could expand the storage space further with an external drive, but Sony didn’t activate the M.2 SSD internal expansion slot at launch because no other SSDs were fast enough to match it yet.

With the internal expansion slot now active, Sony has provided a list of requirements for an SSD to work with the console. Here is the list of the best M.2 SSDs compatible with the PS5 so far.

The PS5 seems to reduce the read speed on any installed internal expansion storage drive. Sony warns users in the official M.2 SSD requirements that performance on installed drives may differ from expectations.

The SSD that all gamers, not just PS5 owners, have been waiting for is Samsung’s 980 Pro. Following in the footsteps of Samsung’s stellar line of storage devices, the 980 pro boasts up to 7,100MB/s read speed and 5,100MB/s write speed. Along with its impressive speed, the 980 Pro has storage options up to 2TB, which is more than enough to store a library of next-gen games on PS5.

Samsung added a version of the 980 Pro with a heatsink that will still fit inside the PS5. This option is more expensive than the standalone version but eliminates the need to install a heatsink manually. The 980 Pro is compatible with heatsinks at a 2280 form factor.

While not particularly well known as a manufacturer, Patriot’s entry in the solid-state market is substantial compared to others at the same price point. With read speeds up to 7,400MB/s and write speed up to 5,500MB/s, the Patriot Viper VP4300 is among the fastest SSDs available that work with the PS5. Formatting to the system drops the speed to somewhere above 6,000MB/s.

The Patriot Viper VP4300 has two optional heatsinks—a bulky aluminum one and a sleeker graphene one. Both heatsinks can be stacked on top of each other when slotted into the PS5, which the manufacturer recommends. If choosing another brand for the heatsink, this M.2 drive has a 2280 form factor.

Seagate has a wealth of experience developing storage drives, and the FireCuda 530 shows the manufacturer’s expertise. Offering speed faster than the Samsung 980 Pro, the FireCuda can read data up to 7,400MB/s. Read speed reportedly drops to about 6,500 on PS5, according to some user reviews.

The FireCuda 530 comes with or without a built-in heatsink. Both versions can store up to 4TB of space—the maximum allowed by the PS5. That much space should be enough to last the entire lifetime of the PS5. Like the others above it on this list, the FireCuda 530 is compatible with 2280 form factor heatsinks.

Built to work with the PS5, TeamGroup’s T-Force Cardea A440 Pro PSS is another reliable option on this list. It’s just as fast as the Patriot Viper VP4300, albeit slightly cheaper at 1TB of space. It also has a version with up to 4TB of space at about half the cost of a FireCuda 530 with the same amount of storage.

The A440 Pro PSS also comes with a graphene heatsink similar to the Patriot Viper SSD, offering enough space to work with the PS5. An alternate version of this SSD has an aluminum heatsink. Graphene heatsinks have higher thermal conductivity than aluminum but are more expensive to make, according to Graphene Info. An additional heatsink can be installed below or above it since the graphene heatsink is only 3.7 millimeters thick. Heatsinks compatible with 2280 size M.2 SSD will work with the A440 Pro PSS.

Western Digital’s WD Black SN850 is one of the cheapest M.2 SSDs on the market that can reach speeds of 7,000MB/s. With 500GB of storage, its cheapest option is often under $100 on Amazon.

The SN850 also comes in a version with a heatsink built-in. Despite the added thickness, the SN850 will still fit inside the internal expansion slot of the PS5. If buying an SN850 without a heatsink, its form factor is 2280 like the others above.