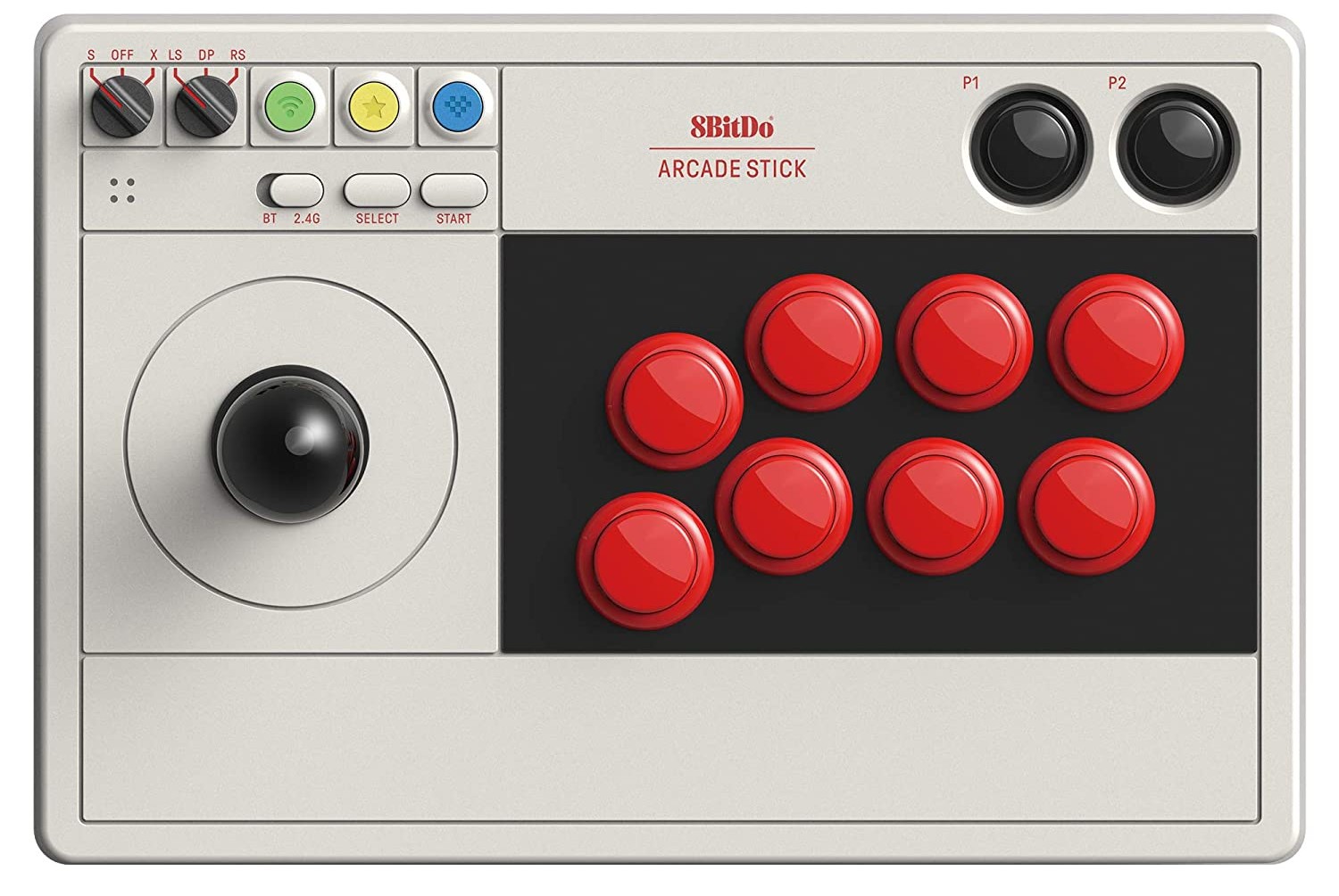 Playing a fighting game with an arcade-style setup has an unmatched feeling. Using a joystick and slab of buttons that are served up to you on a tray just gives big-time knockout victories an extra little bit of enjoyment that controllers and keyboard can’t.

But it’s not an investment that you want to take too lightly. While you likely won’t use the controller to play anything other than fighting games, it’s important that you make sure you have something that’s durable enough to withstand monstrously aggressive button mashing.

In addition, you might want to make sure to find something with the right features to maximize your experience, so you’re not left wishing you had gone for that slight upgrade from the get-go.

Joysticks come in a range of prices and features, but no matter what your budget is, we’ve put together a list of the best joysticks you can buy so that you spend less time shopping and more time getting KOs.

Mayflash is perhaps the most well-reviewed brand for arcade-style joysticks on the market, and the F500 Elite is its top product. With a changeable top cover, the controller has nine buttons that use Sanwa buttons, which are known for their responsiveness.

Additionally, the Sanwa joystick itself has four-way directional use as well, and the device has two-piece metal panels to give the entire accessory an extra level of security and weight for a solid presence while gaming.

Switch and Windows users looking for a retro-styled fight stick might consider the 8Bitdo Arcade Stick. It takes styling cues from Nintendo’s legacy consoles while having up-to-date specs. Some of the modern features include 2.4GHz wireless connectivity and Bluetooth, and it can also work with a USB-C cable. The 8Bitdo Arcade Stick has a 1,000mAh battery which can handle up to 40 hours of battery life on the wireless connection and up to 30 hours using Bluetooth.

HORI is another brand that you’ll quickly find when searching for an arcade-style joystick to play fighting games on, and the Pro. 4 Kai is one of its flagship products. Coming in multiple different colors, the Pro. 4 Kai features a “tournament-grade” arcade stick by Hayabusa as well as nine Hayabusa buttons.

The buttons come with a matte finish and quick responsiveness, and the device includes touchpad functionality. Additionally, the device has a side panel with various controls, including multi-speed options, stick control toggling, button configuration, and more.

The minimalist design makes it small but still large enough to prioritize comfort for the user. Meanwhile, the sleek black and gold design gives it an unmistakable look that will turn heads.

Nacon’s Daija has a sleek black design with modder-friendly features. It has two buttons to open it up, and it comes with an included screwdriver. Nacon also includes two faceplates, along with ball-top and bat-top sticks for users to customize the Daija right out of the box. One of the downsides is that the Daija is only compatible with Sanwa parts.

For all its customization features, the Nacon Daija has limited compatibility options. It’s only compatible with Windows and PlayStation 4 and 5 and won’t work on the Nintendo Switch or Android. Another drawback of the Daija is its high price, which might put off some users.

If you’re willing to dish out some serious cash on your arcade fight stick, the Victrix Pro FS might be for you. Costing more money than anything on our list so far, this metallic device has a full metal enclosure made of aircraft-grade aluminum.

In addition to being perhaps the sleekest arcade joystick on the market, it has full customization options as well. With an easily opened bottom, Victrix encourages gamers to modify their pad’s inner workings to make it as personal as possible.

While the Qanba Drone might be a solid option for those looking to ball on a budget, the Dragon is a joystick that you’ll be dishing out a little bit more money for.

Weighing in at 11.6 pounds., the 20 by 12.5 by 5-inch behemoth of a gaming pad has Sanwa Denshi buttons and joystick and an anti-slip bottom pad for an extra level of security.