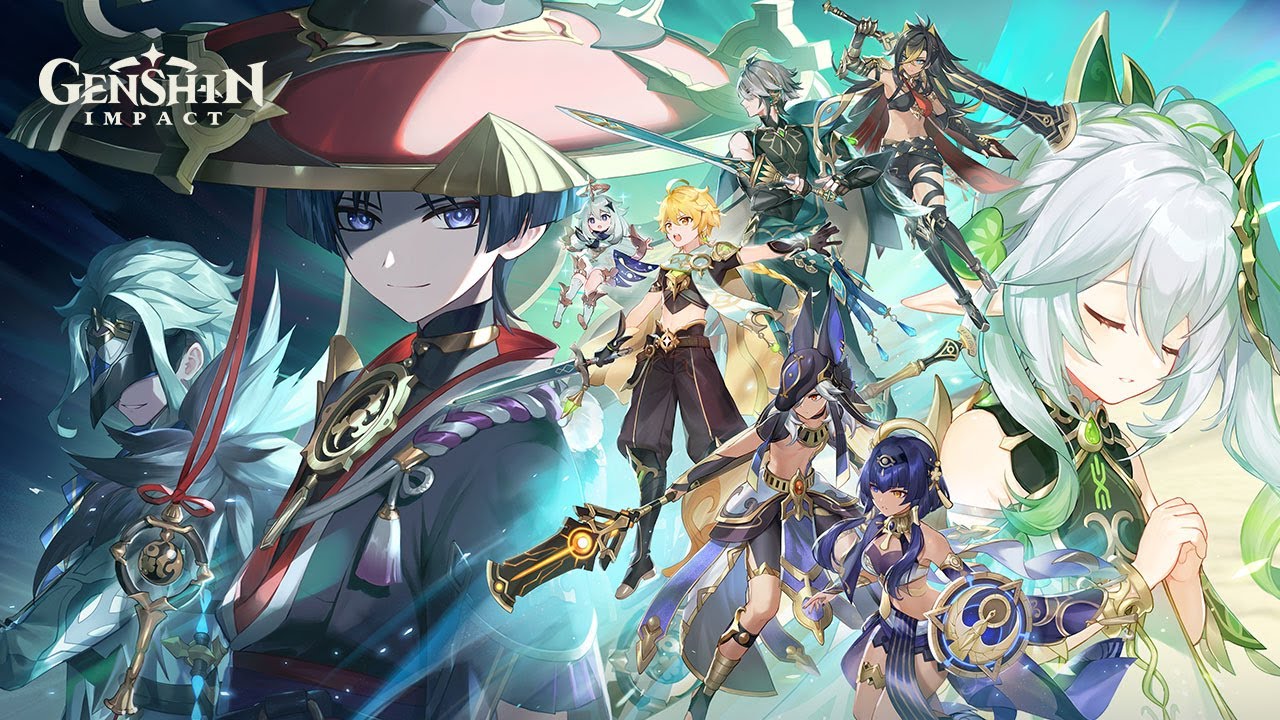 Although the huge Version 3.0 Sumeru update for Genshin Impact still feels quite new thanks to the addition of an entire region loaded with fresh content, miHoYo is already moving forward towards yet another massive update. The Version 3.1 update is called “King Deshret and the Three Magi” and promises a plethora of anticipated additions.

On Sept. 16, miHoYo shared a livestream and trailer unveiling everything to come in the Genshin Impact Version 3.1 update. It’s hard for any update to follow on the heels of the massive Sumeru update, but Version 3.1 looks highly promising with the addition of deserts, three new characters, Fatui Harbinger lore, powerful new weapons, formidable new foes, and many special events.

Players will get to venture out into Sumeru’s desert regions when the Version 3.1 update goes live. The team at miHoYo focused on opposites when designing all aspects of Sumeru, and this remains true with the lush, green, lively jungles and forests of Sumeru now being contrasted with its harsh, dry, and sparse deserts.

Also continuing the theme of opposites, the desert regions of Sumeru are ancient, yet still boast immensely complicated technology. Throughout the ruins located around the desert, players will find complex puzzles and extremely advanced foes.

In addition to the mysterious ruins, the upcoming desert region is also home to a desert-themed town called Aaru Village. It is widely spread out across a rocky canyon, and home to quite a solid number of Sumeru residents.

Five-star Hydro Sword character Nilou, who players are already somewhat familiar with, will dance her way into Version 3.1 as a featured banner character. Nilou is known for her impressive dancing talent and ability to entirely captivate any audience.

The Hydro dancer stands out in stark contrast among the knowledge and learning-centric region of Sumeru. Nilou is ultimately a performer who loves nothing more than pursuing her passion and healing others through her performances.

All of her movements and attacks in battle are inspired by her dancing prowess. Nilou is able to move gracefully and efficiently while taking down opponents with ease.

Five-star Electro Polearm character Cyno has been teased since Genshin Impact’s launch and is finally making his way into the game in Version 3.1. Cyno is the General Mahamatra and thus is in charge of supervising those who are researchers from Sumeru Akademiya.

He is known for being a very efficient and focused man that oftentimes comes off as solemn or overly serious, but is also known to try and crack jokes from time to time. However, they tend to be unsuccessful because of how unexpected they are, and Cyno will usually then try to explain them while keeping his rigid demeanor.

Unlike the rest of the Sumeru Akademiya that loves knowledge and believes in heavily focusing on it, Cyno stays away from the pursuit of knowledge. This is because he has seen too many people go down a dark path or otherwise suffer too much for pursuing knowledge.

Controversial Hydro Polearm character Candace will make her debut as a four-star character with an increased drop rate in the first half of Version 3.1. She is the guardian of Aaru Village and a half-blood descendant of the Scarlet King. Her sole focus in life is to keep her home safe.

Candace also boasts the unique ability to create a special shield that can absorb damage and then deal it back to enemies after a period of time. A special ability can also eventually be unlocked that will allow her to charge her shield instantly.

The first half of Version 3.1 will feature one featured banner for brand new character Cyno and another for a re-run of the five-star Anemo Bow character Venti. Candace will be featured on both banners as a featured four-star character with an increased drop rate.

The second half of Version 3.1 will feature Hydro character Nilou’s first run as a featured five-star character with an increased drop rate alongside another banner for the rerun of five-star Geo Sword character Albedo.

The return of Scaramouche and arrival of Il Dottore in Genshin Impact 3.1

The trailer for Version 3.1 teased the long-awaited return of Scaramouche and the official introduction of Il Dottore. Both characters are members of the Fatui Harbingers, who are among the worst of the worst when it comes to Genshin Impact’s villains.

MiHoYo generously hinted at the arrival of more Fatui Harbingers with a massive teaser trailer unveiling all 11 Fatui Harbingers that serve under Tsaritsa, the Cryo Archon, back in July. Now players will finally get an update on Scaramouche to discover what the trickster has been up to and whether he truly left the Fatui Harbingers, or has perhaps been up to something more sinister.

The wildcard character was last seen when he took the Electro Archon’s Gnosis, which he was supposed to bring back to the Fatui Harbingers. Instead, Scaramouche went missing, leading fans to wonder if he might have chosen to go rogue. He can be seen in the Version 3.1 trailer situated within some kind of new mechanical body.

It appears that players will also get their first face-to-face experience with Il Dottore, also known as the Doctor. Il Dottore is known for his ruthless demeanor and is almost constantly engrossed in his experiments.

The trailer for Version 3.1 features Il Dottore remarking that he has performed a successful experiment and that people can “no longer hold back their sheer adoration” while masses appear to flock around him excitedly.

Players will be able to wish for two new five-star weapons that will be added to the weapon banner during Version 3.1. One is a sword called Key of Khaj-Nisut and the other is a polearm called Staff of the Scarlet Sands.

Additionally, four different four-star weapons will also be introduced in this update. There will be a sword called Xiphos’ Moonlight, a claymore called Makhaira Aquamarine, a catalyst called Wandering Evenstar, and a polearm called Missive Windspear.

Players will be introduced to a few more new Sumeru foes with the Version 3.1 update. There will be two new enemies to face, both of which are bosses.

The first is called the Algorithm of Semi-Intransient Matrix of Overseer Network. It is an ancient device that can be found within the desert of Sumeru.

The second foe is Aeonblight Drake, which appears to be a more complex and dangerous version of the existing Drake enemy that is found in the wild throughout Sumeru. Just like the regular Drake, the Aeonblight Drake too has a dragon-like form and spews deadly flames.

All events in Genshin Impact 3.1

As is usually the case when miHoYo drops the trailer and livestream for a new Version update, the names and details surrounding the events that will occur during Version 3.1 were revealed.

Players still have a bit of time to catch up before Genshin Impact’s Version 3.1 “King Deshret and the Three Magi” update goes live.

Genshin Impact Version 3.1 is set to launch on Sept. 28, 2022. Players can expect to see most of the new content right away, although some aspects will not be released until later on during the duration of the update.