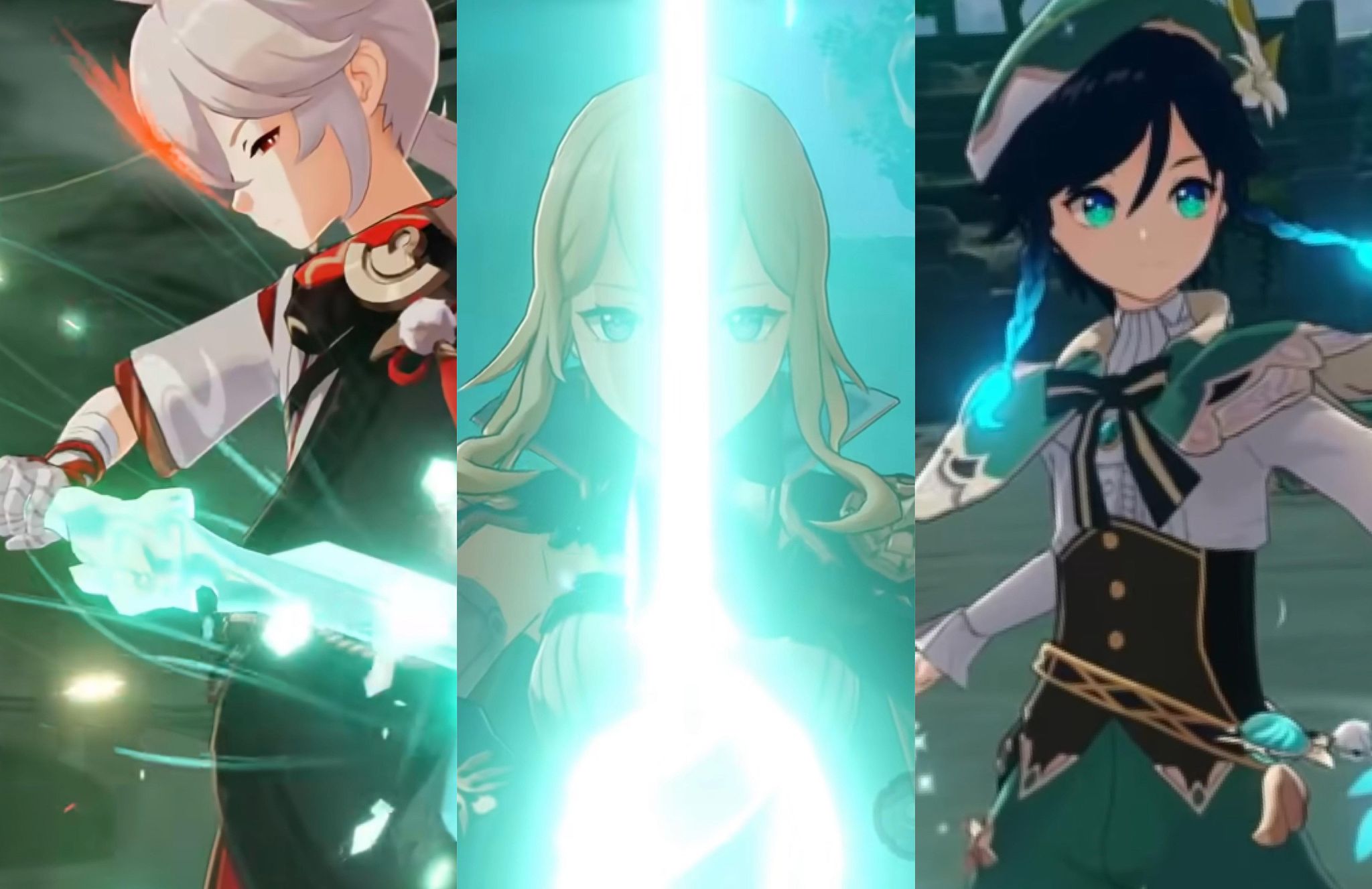 One of the best aspects of Genshin Impact’s gameplay is each character’s unique elemental abilities. Each one of Genshin’s characters yields a Vision that allows them to use one of seven elements.

The seven elements are Pyro, Hydro, Electro, Geo, Cryo, Dendro, and Anemo. Of all the elements available to players, Anemo is perhaps one of the best since it is one of the easiest ones that players can use to create powerful Elemental Reactions.

Anemo characters generally excel at creating powerful Elemental Reactions, rounding up enemies with efficient crowd controlling abilities, supporting their fellow party members, and providing solid healing support. Here is a complete list of all Anemo characters available to players in Genshin Impact alongside a breakdown of what players should know about them.

The Acting Grand Master of the Knights of Favonius is a powerful five-star Anemo Sword character who excels both on the battlefield as well as while supporting her teammates. Her Anemo healing abilities are arguably the best in the game. She’s able to heal her team with every hit and can perform a massive heal with her Elemental Burst.

Jean’s massive skillset is matched with her compelling personality. The Anemo character is a relentless force of kindness. Her position as the Acting Grand Master already asks a lot of her and yet she can constantly be found trying to help anyone and everyone in need. She is ultimately always busy trying to make Mondstadt a better place for the people who live in it and depend on her.

The four-star Anemo Catalyst character is a detective who deals direct melee damage. Shikanoin Heizou is the first character to wield a weapon but push it aside in favor of direct hits. Despite being a four-star character, Heizou functions so well that he is regarded among a select few four-stars those in the Genshin community call “secret five-stars.”

Heizou’s storyline is compelling. His ultimate goal is to become such a great detective that criminals stop before ever committing a crime due to his prowess. His engaging story is matched by an equally impressive skillset that allows players to easily engage and eliminate enemies in direct combat while on the battlefield.

Undoubtedly the strongest Anemo character in Genshin Impact and one of the best characters available to players in the game, Kaedehara Kazuha is a five-star force to be reckoned with. The Anemo Sword character has a complicated past that plagues him, yet he still manages to be generally carefree and easygoing.

The wandering samurai is very in tune with nature and uses his bond with it to read people and his environment. His powerful skillset has gained him the title of a “battery” in the Genshin community. He is able to recharge his teammate’s abilities as well as his own while also dealing unmatched Anemo damage on the battlefield.

In addition to being one of the most adorable characters in Genshin, this four-star Claymore character boasts unique Anemo abilities and is also voiced by streaming and singing star LilyPichu. Sleepy Sayu is a small ninja who prefers to lounge around and sleep but certainly isn’t sleepy on the battlefield.

Perhaps the most notable aspect of the small ninja’s abilities is her Elemental Skill “Yoohoo Art: Fuuin Dash,” which allows her to curl up into an Anemo ball of air and roll across the battlefield quickly and efficiently. While in this state, Sayu can deal loads of damage to opponents by crashing into them or can quickly escape the battlefield if needed. Outside of this ability, she also provides a solid amount of healing for herself and her teammates.

Sucrose is an Anemo alchemist who is a four-star Catalyst character. She is relentlessly curious and always eager to learn more. Sucrose hails from Mondstadt and serves as five-star Geo Sword character Albedo’s assistant under the Knights of Favonius.

While her research often yields strange results, her overall contributions to the bio-alchemy field are impressive. Sucrose is a solid Anemo character for players seeking a secondary damage dealer but functions best as a support character. She is among the select few four-stars considered to be the best and sometimes even regarded by the Genshin community as a “secret five-star.”

The protagonist of Genshin Impact starts off as an Anemo character and can be switched back to one at any point during gameplay. Although the Traveler is a five-star Sword character, their abilities are pretty weak and easily outshined by all other five-stars and perhaps even a few of the best four-stars.

The Anemo Archon Venti is a five-star Bow character capable of flying through the sky himself as well as sending enemies flying on the battlefield. The kind, free-spirited bard of Mondstadt is quite playful and joyous.

His easygoing personality does not mean that he should be underestimated. Venti’s Anemo abilities are some of the best in Genshin Impact and he functions well in a variety of roles on any team. The Anemo bard is easily one of the most versatile and helpful characters available for players to recruit in all of Genshin Impact.

Antisocial adeptus Xiao is a powerful five-star Polearm character able to deal massive amounts of damage at the cost of his own health. Xiao boasts one of the most unique and complex skillsets in all of Genshin Impact, but the learning curve required for his mechanics is well worth it when considering how effective the character is on the battlefield.

Regardless of the team that he is on, Xiao is built to be the primary damage dealer and will not function well in any role but this one. He devotes his life to keeping Liyue safe and rarely interacts with anyone unless it is absolutely necessary to do so.