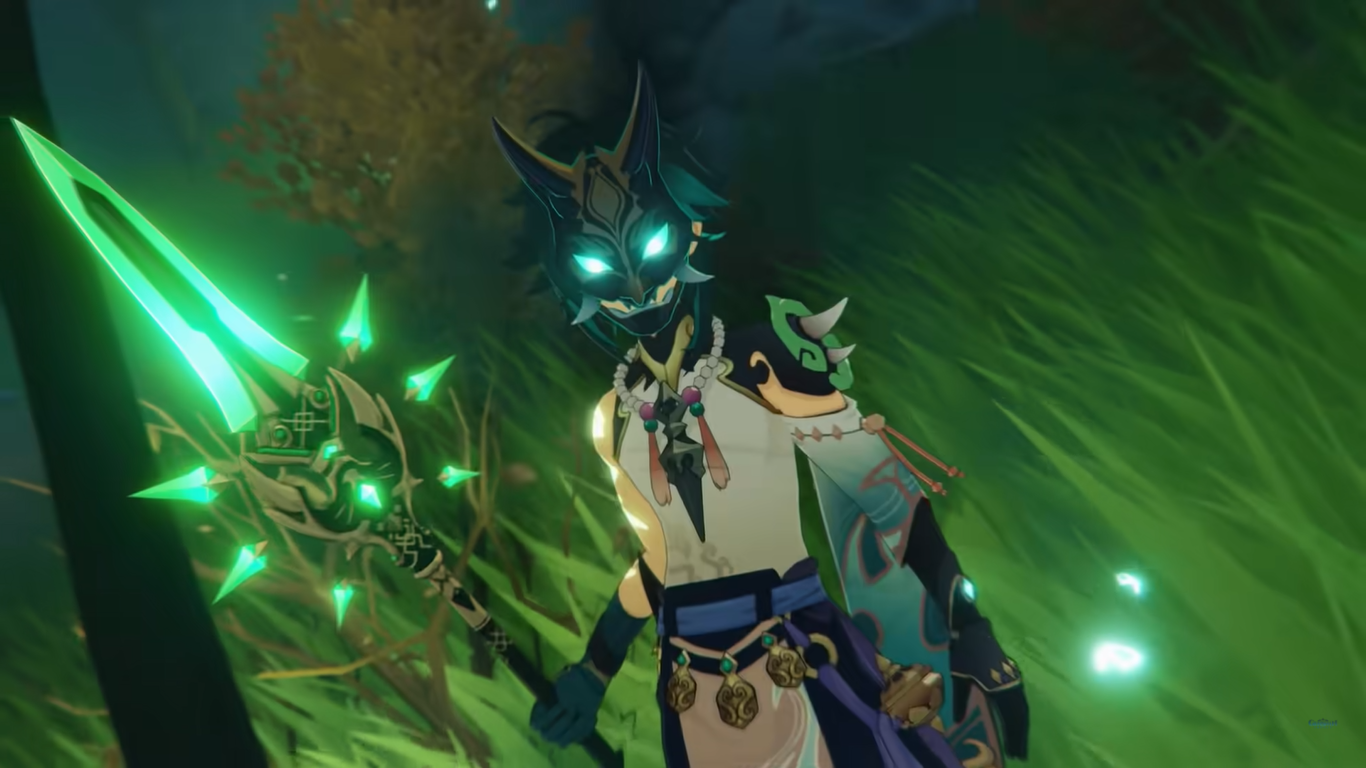 Xiao is a powerful five-star Anemo Polearm character in Genshin Impact who is also an adeptus. His unique abilities and dynamic mechanics make him a popular choice among Genshin Impact players and he is regarded as one of the top-tier characters available in the game.

The five-star Anemo character has been available as a featured character in his “Invitation to the Mundane Life” banner twice thus far. His first run occurred when he was released in February 2021 and ran for about 14 days. His second banner ran in January 2022 for about 20 days.

While most characters in Genshin Impact can take on a variety of roles in the party, Xiao really only functions well as your primary damage dealer. Attempting to have him as your secondary damage dealer, support, or any other role simply will not work.

Also unlike most other characters who can function great with a variety of builds, Xiao is not a character who can be built in different ways and still excel. He requires a precise build that amplifies his damage output, builds upon his low health, and compliments his unique skill set.

Here’s a breakdown of everything to know about Xiao including the best weapons and artifacts for him, required talent materials, and necessary ascension materials.

When it comes to choosing Xiao’s weapon, there is one polearm that is the best choice for him and many other options that are great but not quite as good as the best one. Xiao’s weapon should primarily focus on increasing his damage output as this is the role he functions best in.

This five-star polearm is the current best choice for Xiao. The “Eagle Spear of Justice” ability of this polearm increases Attack by 3.2 percent for six seconds upon hitting an opponent for up to seven stacks. This ability can occur once every 0.3 seconds. When the wielder has reached the maximum of seven stacks, the damage dealt by them is increased by 12 percent.

When the wielder’s Health Points drop below 50 percent, as will often happen with Xiao’s abilities, the Attack bonus will increase by an additional one percent of the maximum Health Points.

The vacuum blade dealt by Skyward Spine amplifies Xiao’s Anemo abilities, making it a good choice for the polearm character. Skyward Spine’s “Black Wing” effect increases Critical Rate by eight percent and Normal Attack speed by 12 percent. Normal and Charged Attacks that hit opponents also have a 50 percent chance to activate a vacuum blade that will then deal 40 percent of Attack as Damage within a small area of affect. This effect can only occur once every two seconds.

Another five-star option that works well with Xiao is the Calamity Queller. The “Extinguishing Precept” ability grants a 12 percent Elemental damage bonus. After using an Elemental Skill, the wielder will be granted Consummation for 20 seconds which increases Attack by 3.2 percent per second for up to six stacks. When the wielder of this polearm is not the one on the battlefield, the Consummation Attack increase doubles.

This four-star polearm builds upon Attack, which is essential for Xiao and thus makes it a decent option. The “Gladiator” effect causes Attack and Defense to increase by 16 percent when two or more opponents are nearby. When there are fewer than two opponents, Attack is increased by 24 percent.

This is another polearm that builds upon Attack damage. The “Press the Advantage” ability of this four-star polearm increases Attack by 12 percent for 30 seconds after defeating an opponent for up to three stacks. How long each stack lasts does not depend on the other stacks which means every stack will individually last the full 30 seconds.

As is the case with weapons, there is one excellent Artifact set choice for building Xiao and a few other decent substitutes. Xiao’s Elemental Burst continuously drains his health so it is important that his Artifacts amplify his abilities while also providing support through increasing his Health Points.

The full four-piece collection of this Artifact set is the current best choice for Xiao. The two-piece set of Vermillion Hereafter increases Attack by 18 percent. The full four-piece set grants the Nascent Light effect to the character the set is equipped to after they use an Elemental Burst. The Nascent Light effect increases Attack by eight percent for a total of 16 seconds.

When the character’s Health Points decrease, their Attack is increased by an additional 10 percent. Xiao is a character who regularly drains his own Health Points to increase his Attack which means the functions of the four-piece Artifact set work great with him.

The Artifact set that increases Anemo damage output is a solid choice for Xiao as well. The two-piece set grants a 15 percent Anemo damage bonus. The four-piece set increases Swirl damage by 60 percent and decreases enemies’ Elemental Resistance to the other element in the Swirl Elemental Reaction by 40 percent for 10 seconds. This means that whatever element was mixed with Anemo to cause Swirl will be more effective against opponents for 10 seconds.

This set increases damage output making it a good choice for Xiao. The two-piece set increases Attack by 18 percent. The four-piece set increases the damage dealt by Normal, Charged, and Plunging attacks by 50 percent for 10 seconds when the character this set is equipped to uses an Elemental Skill and has 15 or more energy. Upon use, the character will lose 15 energy to gain the damage bonus. This effect also cannot activate again during the 10 second period it is active.

Xiao’s complex abilities make ascending him as fast as possible a must to build upon his statistics and especially his health. Ascension takes time and work, but luckily Xiao’s materials are relatively easy to come by.

These materials are better broken down across each Ascension level so that you know exactly what you need and how soon you will need it.

Because Xiao was released fairly early on in Genshin, his talent materials are much easier to obtain than those needed for newer characters. Slimes are the easiest foe to fight and one of Xiao’s essential materials are the levels of loot dropped by Slimes.

Players will also need to visit the Taishan Mansion Domain on Mondays, Thursdays, and Sundays for the various levels of Teachings of Prosperity. Regularly taking on Childe in the “Enter the Golden House” Domain located in Liyue for Shadow of the Warrior is also essential for building Xiao’s talents.

To completely upgrade all of Xiao’s talents, players will need a total of 1,652,500 Mora, six Slime Condensate, 22 Slime Secretions, 31 Slime Concentrate, three Teachings of Prosperity, 21 Guide to Prosperity, 38 Philosophies of Prosperity, six Shadow of the Warrior, and one Crown of Insight.

Although Xiao is currently unavailable (his featured banner is not currently running), he will definitely have more reruns in the future. Because his last run was in Jan. 2021, it is probable he will get a rerun sometime soon or at least by the end of 2022—the Genshin team has been running character reruns much more often lately.