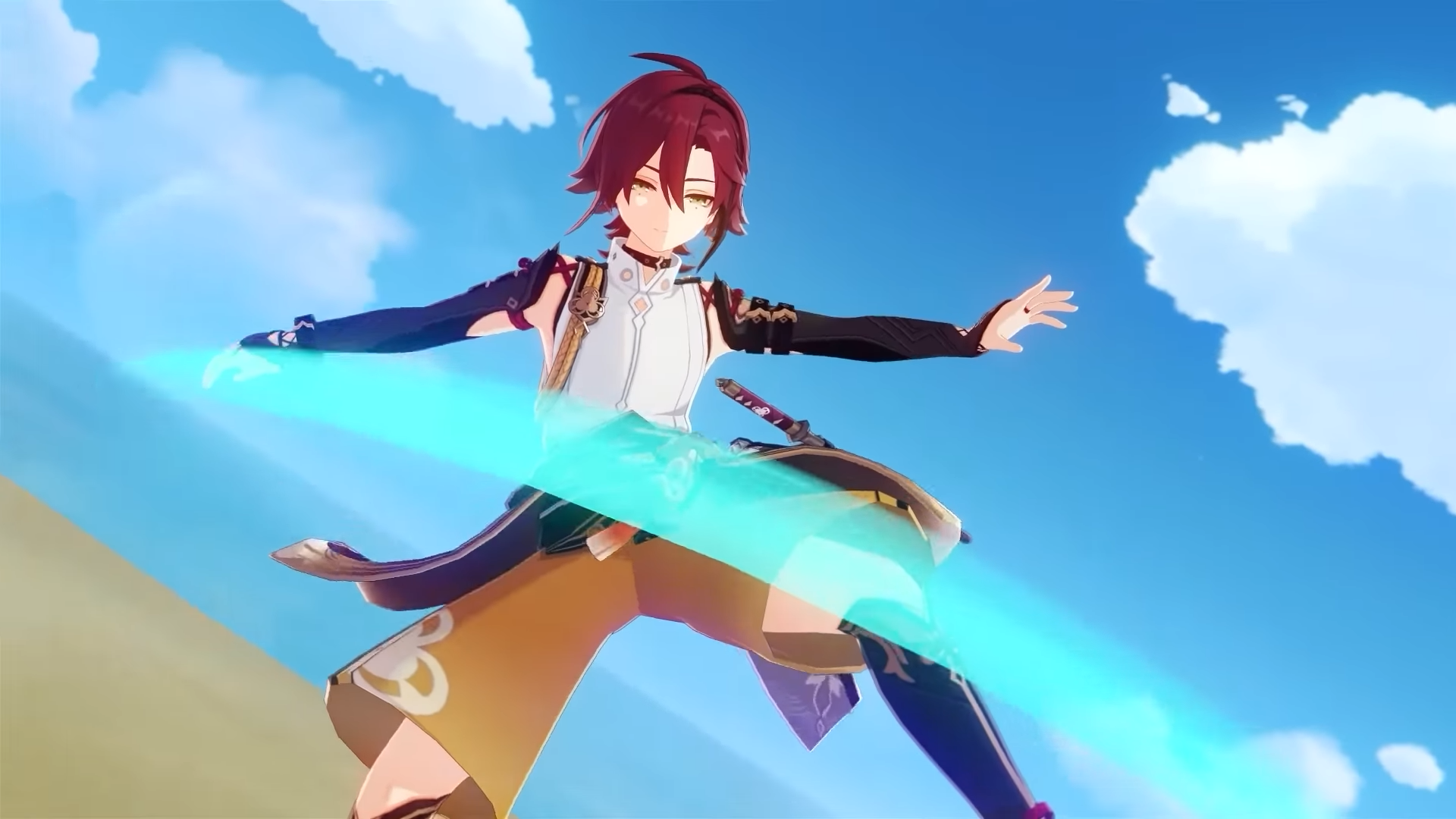 Four-star Anemo Catalyst character Shikanoin Heizou hails from Inazuma and is a dedicated detective who works for the Tenryou Commission. He is the first Genshin Impact character to wield a weapon but not use it too; he instead deals direct Anemo blows and damage to his foes.

Heizou is a “prodigy detective” who excels at solving crimes and catching villains. He is so good at his job he has been offered promotions numerous times but has always chosen to turn them down so he can stay close to the action.

The Tenryou Commission that Heizou works for serves the almighty Raiden Shogun and his official boss is General Kujou Sara. Kujou Sara, an Electro character players are familiar with, dislikes Heizou but keeps him on board due to his impressive effectiveness as he always gets results.

Heizou hopes to become so renowned for his crime-solving abilities that criminals stop before ever committing a crime due to his reputation. The Anemo character’s ultimate goal is thus to stop crime from occurring by becoming the best detective in the world.

Although he wields a catalyst, players will find that during battle Heizou never utilizes it as his weapon. Instead, it simply floats alongside him while he punches and kicks his way to victory. Heizou is quite unique because of this skillset and is the first and only character, as of July 2022, to push their weapon aside in favor of direct combat. His Anemo blows pack a powerful punch that makes this four-star character easily one of the best ones available in Genshin.

Even though Heizou does not appear to directly utilize his catalyst in combat, all the statistics of his chosen weapon do still affect all of his attacks as is the case with every other character in Genshin.

Heizou functions best as the primary damage dealer on a team and will always work best in this role, although he can still be a decent secondary damage dealer or an acceptable support. Overall, players should seek a weapon that will increase Heizou’s general damage output and elemental abilities.

This five-star catalyst is one of the best choices for Heizou. The “Wandering Clouds” ability of this weapon grants a 12 percent elemental damage bonus. It also causes all normal attacks to have a 50 percent chance to gain the favor of the clouds.

If the wielder does gain favor then the favor will seek out all nearby enemies for 15 seconds and deal 160 percent attack damage. This ability occurs once every 30 seconds.

Another great five-star catalyst for Heizou is Kagura’s Verity. This Inazuman catalyst has the “Kagura Dance of the Sacred Sakura” ability that gains the Kagura Dance effect when the wielder utilizes an Elemental Skill. This effect then increases the Elemental Skill damage of the wielder by 12 percent for 16 seconds and can stack up to a maximum of three times. When the character possesses the three maximum stacks they will then gain a 12 percent elemental damage bonus.

This five-star catalyst grants players a 10 percent movement speed increase through the “Boundless Blessing” ability. While actively in battle, the team will also gain an eight percent elemental damage bonus every four seconds. This effect will last until the character it is equipped to has fallen or left combat.

A solid four-star catalyst option for Heizou is The Widsith. The “Debut” ability of this weapon causes the wielder to gain a theme song for 10 seconds after they arrive on the battlefield. This ability can occur once every 30 seconds.

The best artifacts for Heizou will be the ones that, similar to the best weapons, build his overall damage output and powerful Anemo elemental abilities. Mixing and matching between different Artifact sets can be a great choice for Heizou to specifically build upon different assets of his skillset.

Players looking to build upon Heizou’s Anemo damage should equip him with the Viridescent Venerer set. This Artifact set is centered around building Anemo damage. The two-piece set grants the character that it is equipped to a 15 percent Anemo damage bonus.

The full four-piece set increases all Swirl damage by 60 percent. It also decreases the opponent’s elemental resistance to the element that is mixed in the Swirl effect by 40 percent for 10 seconds.

A solid method of building Heizou’s attack and damage output is through the Echoes of an Offering Artifact set. The two-piece set grants an 18 percent attack bonus.

If a normal attack does not activate a Valley Rite then the odds of it activating the next time are increased by 20 percent. This trigger can only occur once every 0.2 seconds.

The full four-piece set of Shimenawa’s Reminiscence can be a great choice for Heizou because it builds upon his damage output in a powerful way. The two-piece set grants an 18 percent attack bonus.

The full four-piece Shimenawa’s Reminiscence Artifact set causes normal, charged, and plunging attack damage to increase by 50 percent for 10 seconds when the character that it is equipped to has 15 or more energy. They will lose 15 energy when this ability activates and this effect cannot trigger again during the 10 seconds it is active.

Players hoping to level up Heizou to the maximum Ascension level will find most of what they need to gather for the Anemo character is fairly easy. Taking on Treasure Hoarders is simple as they can be found all across Teyvat and Onikabuto is pretty easily found around Inazuma. The most difficult part of Ascension will be gathering Runic Fang from the formidable Ruin Serpent, which is one of the more difficult bosses in Genshin.

These massive numbers are much more doable when broken down over time and across each individual Ascension level.

Most of Heizou’s required Talent Materials are also fairly easy to obtain. Gathering Treasure Hoarder Insignia’s will be a breeze since they can be found all across Teyvat.

Players will also need to visit the Violet Court on Sundays, Mondays, and Tuesdays to obtain the various levels of Teachings of Transience. The most difficult item to gather of Heizou’s required Talent Materials is The Meaning of Aeons which requires players to face the Raiden Shogun in the “End of the Oneiric Euthymia” domain.

Heizou made his official debut in July 2022 as a featured four-star character alongside five-star Anemo character Kazuha on his featured “Leaves of the Wind” banner and five-star Pyro character Klee on her featured “Sparkling Steps” banner. He will be available on these banners with an increased drop rate for 20 days following his debut on July 12.

It is expected that following the end of these banners Heizou will be moved to the standard, permanent “Wanderlust Invocation” banner as this is the usual pattern with four-star characters.

This means players hoping to attain Heziou can technically get him anytime following the end of Kazuha and Klee’s banners but should wish on one of these banners while they can as the chances of currently obtaining him are much higher than they will be once he is moved.