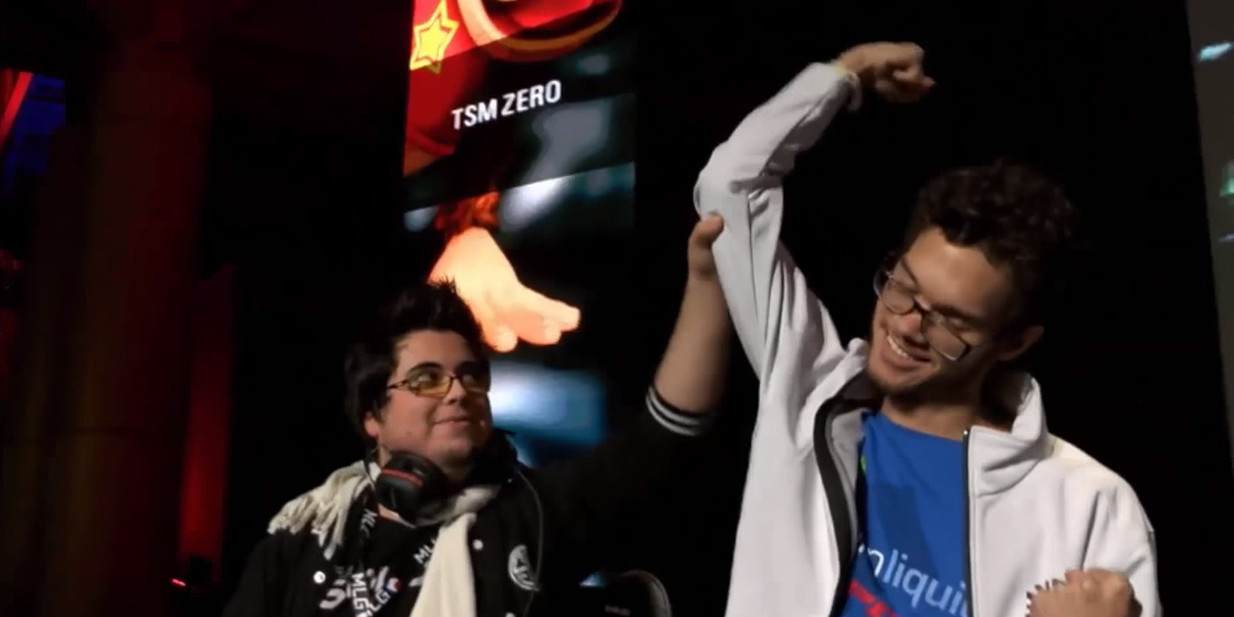 One of fighting games’ most successful players has finally lost a major event, ending an astonishing winning streak that lasted for 53-straight tournaments.

Quezada, on Zero Suit Samus, took down Barrios’s fabled Diddy Kong and Sheik in two sets. The crowd went wild as it witnessed the fall of the game’s best player.

The loss is the first Barrios has taken since Nov. 22, which happened just a day after the game was released in North America.Since then, the Sheik main quickly establishing himself as the best player in the game with victories at three major tournaments: Apex, CEO, EVO, PAX Prime, and The Big House 5.

In the past month, however, Barrios has had some close calls in tournaments versus a few different players: Jason “ANTi” Bates at The Big House 5, Eric “ESAM” Lew at Super Smash Con, Vincent “Vinnie” Cannino at PAX Prime, and Quezada at multiple events over the past year. Before yesterday, however, he always managed to pull through.

It could mark a new era for the game—or Barrios will bounce back. We’ll find when Quezada and Barrios likely meet again at SmashtheRecord which runs from Oct. 23 to 25.