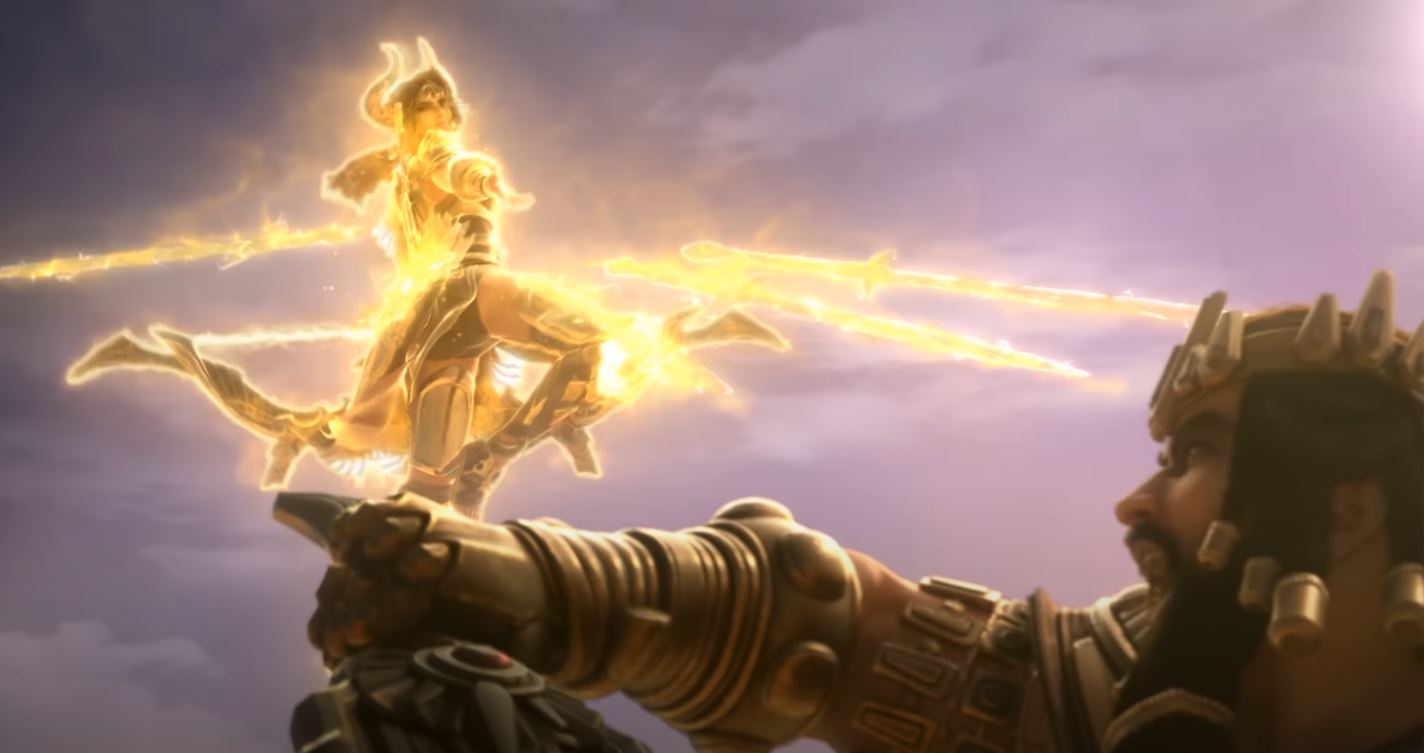 There is no goddess more powerful than the Queen of Heaven.

Ishtar, the Babylonian goddess of love and war, has come to Smite’s Battleground of the Gods.

Ishtar makes her Smite debut as part of the Babylonian pantheon, joining the likes of Gilgamesh, someone mythologically she was hell-bent on killing. Ishtar famously demanded the Bull of Heaven so that she may send it to kill Gilgamesh in his home. Ishtar is believed to have been associated with the Sumerian goddess Inanna in the same way Hermes and Mercury fulfill the same role in the Greek and Roman pantheons, respectively.

Ishtar wared with various gods throughout Babylonian mythology, including, An, Enki, and her sister, Erishkigal. All of the aforementioned names are potential gods that we may see join the Babylonian pantheon in the future. That being said, Ishtar’s most notable conflict is with her would-be lover whom she was rejected by, Smite’s Gilgamesh.

In Smite, Ishtar will fulfill the Hunter role. This means if you plan on using Ishtar, you’ll likely be doing so in the duo lane. You can see all of Ishtar’s abilities in the gallery below. 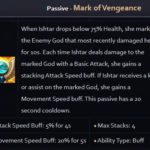 Ishtar has a basic attack stim with three options that give her different ways to buff herself. She will also have four different basic attacks within her kit. This will take the form of three additional types of basic attacks that are part of the stim ability. Ishtar has a short dash with a unique combo finish, as well as an ultimate that sends out projectiles and returns them to Ishtar regardless of how far they’ve traveled.

Ishtar is now live in Smite and you can test her out for yourself right now.