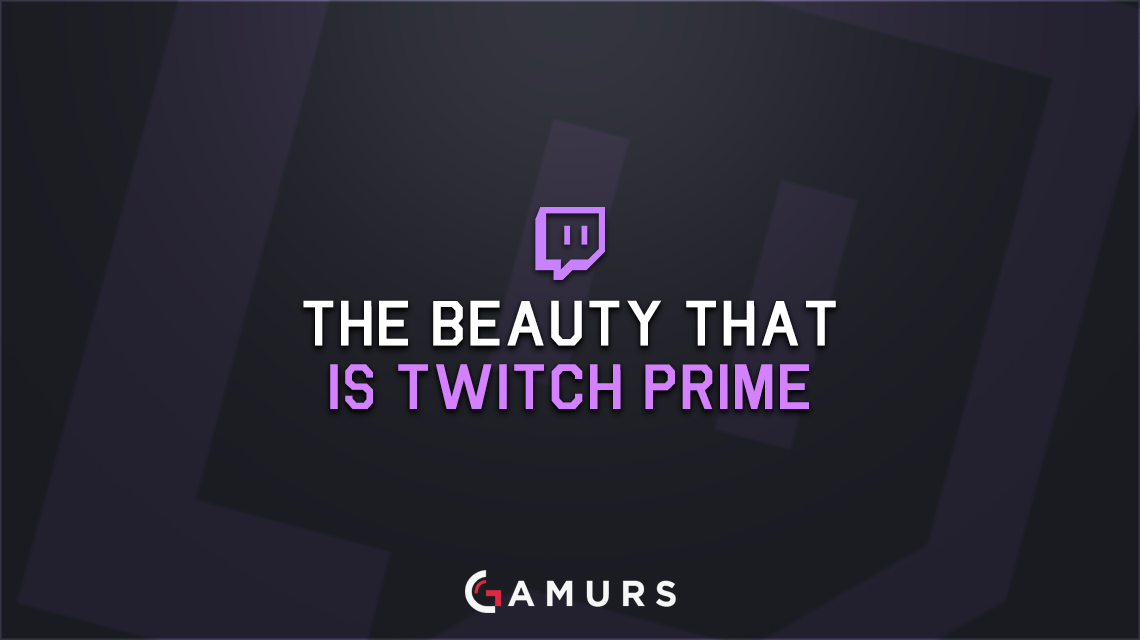 Are you having a hard time putting your Amazon Prime membership to good use? Well look no more, because Twitch and Amazon have paired together to bring to you a deal that is purely unbeatable: Twitch Prime.

Twitch has been a huge platform for content creators and video game personalities worldwide to play games and hangout with fans in real time. Fans can even support the streamer by donating money through various programs or subscribing for $5 directly through Twitch. This is a place where hundreds of thousands of people make a living for themselves, and it is about to get a whole lot better for them.

Streamers are tasked with gaining subscribers from the second they become partnered with Twitch. The more subscribers they have, the more benefits they gain from Twitch, such as more emotes for their channel and even a chance to be featured on Twitch’s front page. The issue is, subs only last for one month and have to be renewed. If people just do not have the $5 dollars to spare that month, they unsub and the streamer loses whatever money they would have gained from them that month.

This creates a system where streamers are constantly trying to gain new viewers for the potential of some of them subbing so they can be supported financially. Most streamers hit a point where their numbers become stagnant and they never gain more subs, which is not always a bad thing, but it is not exactly a good thing either. Twitch Prime aims to solve this issue, along with giving an incentive to using Twitch Prime.

To explain what Twitch Prime is, if you have an Amazon Prime account, whether the full deal or the “Student Prime” offer, you can link your Prime account to your Twitch account to receive quite a few benefits from Twitch. If you have ever used Twitch before, you have likely seen someone with a battery next to their name. This is called Twitch Turbo, which removes ads from streams, gives you a bunch of new emotes to use in chat and lets you customize your name color with a color wheel. Twitch Prime gives you all of those benefits, on top of giving you a free subscription to the streamer of your choice every 30 days, free goodies for games every month that Amazon is paired with, as well as a neat blue crown next to your name in chat.

What makes this so great for the entire Twitch community is despite it being a “free” subscription on the viewer’s end, the streamer still gets the full value of the subscription. This is finally giving people a way to support their streamers if they could not before for whatever reason. Not to mention, it’s a killer deal. Whether you pay $10 a month or $99 a year for Amazon Prime, you get free limited edition goodies every month, the ability to support your streamer and grow their community and keep all the previous benefits of Amazon Prime. There is even a Amazon Student Prime offer that costs half of the full price at only $49 a year while still getting all the benefits.

A sight that has been amazing to watch unfold the past couple of days as more and more people have been getting Twitch Prime is the overwhelming support for streamers. Just the other night, Octavian “Kripparrian” Moroșan, one of the most popular streamers on Twitch, spent roughly 30 minutes reading off all of his new Twitch Prime subs. He couldn’t even get done with reading them all because for every three names he read, two more people subscribed.

Another example is from a much smaller streamer, Daniel “ZiggyD” Coutts-Smith, who has been trying to reach a subscriber goal for months in order to get new emotes, but just has not been able to reach it. Thanks to Twitch Prime, he has taken his new emote project off the back burner.

Every streamer that is paired with Twitch is benefitting from Twitch Prime, whether they’re obtaining new subscribers, getting more viewers and appearing higher up on the list or even just enjoying the benefits of Twitch Prime for themselves. Whether this partnership was made from a business point of view or just to grow the Twitch community as a whole, I have to give props to Twitch. I am definitely looking forward to the growth of my favorite streamers in the upcoming months.

What are your intial thoughts about Twitch Prime? Let us know by commenting below or tweeting us @GAMURScom.