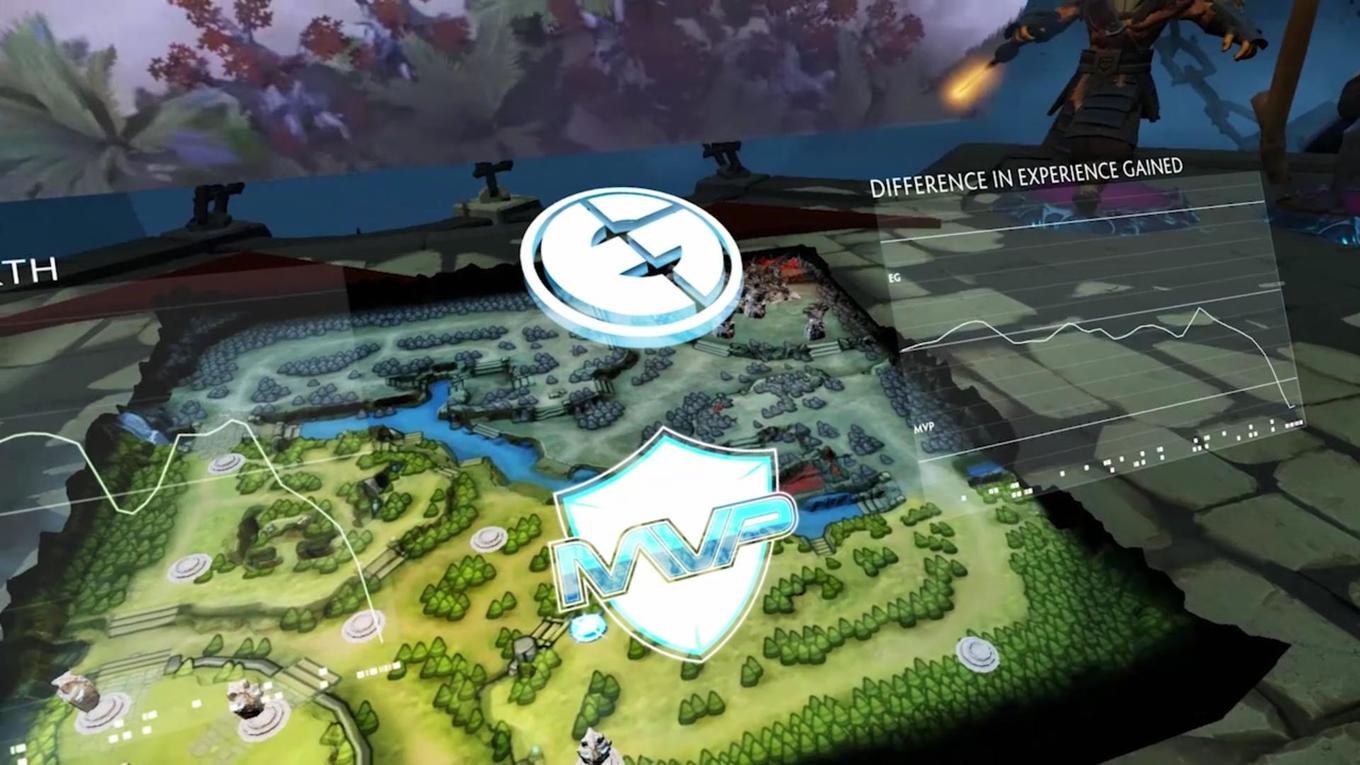 HTC’s virtual reality device officially launched today, and a video released by Valve shows how it could help usher in the future of esports spectating.

The short video, one of a number on Valve’s specially created SteamVR hub, shows a professional Dota 2 match being watched through the eyes of an HTC Vive wearer.

The clip in question—part of a longer sizzle-reel of VR features Valve is bringing to existing Steam libraries—shows the final match of the Shanghai Major (Evil Geniuses vs MVP) playing on a theater-sized screen.

The screen is hanging in a dark void reminiscent of the Dire side of the Dota map, while the heroes selected for the match stand ominously on either side of the viewer. Pointing at them with one of the motion controllers supplied with the Vive brings up their current item build.

At the ground in front of the screen is a mini-map overview where swiping the controller brings up a floating HUD-like console for XP and Gold per minute graphs.

This isn’t the first time Valve has flirted with VR in the Dota universe. The Seattle company also produced a Secret Shop demo where you explore the Shopkeeper’s hut before Roshan tears the roof off.

This is, however, the first time a company has attempted to provide a meaningful way VR can enhance a spectator esport experience with new functionality, rather than displaying it on a virtual IMAX screen.