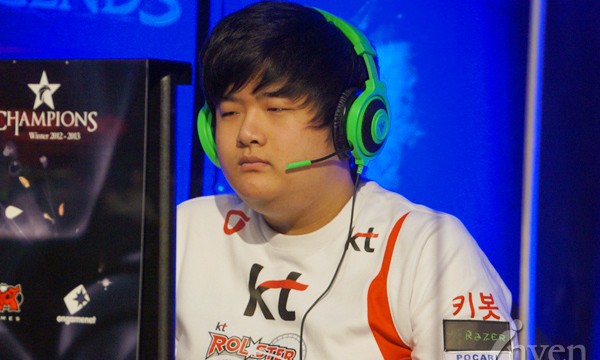 In what’s becoming one of the biggest ongoing issues with player visas in esports history, another star player in Europe may be ruled ineligible to play in the League Championship Series (LCS) tomorrow.

H2K Gaming mid laner Yoo “Ryu” Sang-ook may sit out tomorrow’s games due to the same visa issues that forced out a pair other European pros from the LCS earlier this week, sources close to the player and organization tell the Daily Dot. Ryu currently does not have a work permit in Germany, and it’s up to Riot Games to decide if he’ll play in tomorrow’s game against Team Vitality, which occurs in just over 24 hours.

The issues stem from German law not recognizing esports as a job or profession. This prevents players from outside of the European Union (EU) from obtaining a work permit, which they’re required to have to play in the LCS.

Riot Games has now implemented a new rule for both LCS regions to double check work eligibility itself, instead of trusting team’s word for it, according to sources close to the organization. That rule change occurred after North American LCS teams Echo Fox and Renegades were found to have four players—Henrik “Froggen” Hansen, Anthony “Hard” Barkhovtsev, Park “kfo” Jeong-hun, and Aleš “Freeze” Kněžínek—playing on tourist visas in the United States.

It’s unclear if other Korean players, such as Fnatic’s Noh “Gamsu” Yeong-jin and Lee “Spirit” Da-yoon and G2 Esports’s Kim “Trick” Gang-yun and Kim “Emperor” Jin-hyun, have valid work permits or have found some other workaround. If they haven’t, their teams will need to scramble to sort their rosters before Thursday’s week three opener.

Riot Games did not respond to a request for comment on this article.