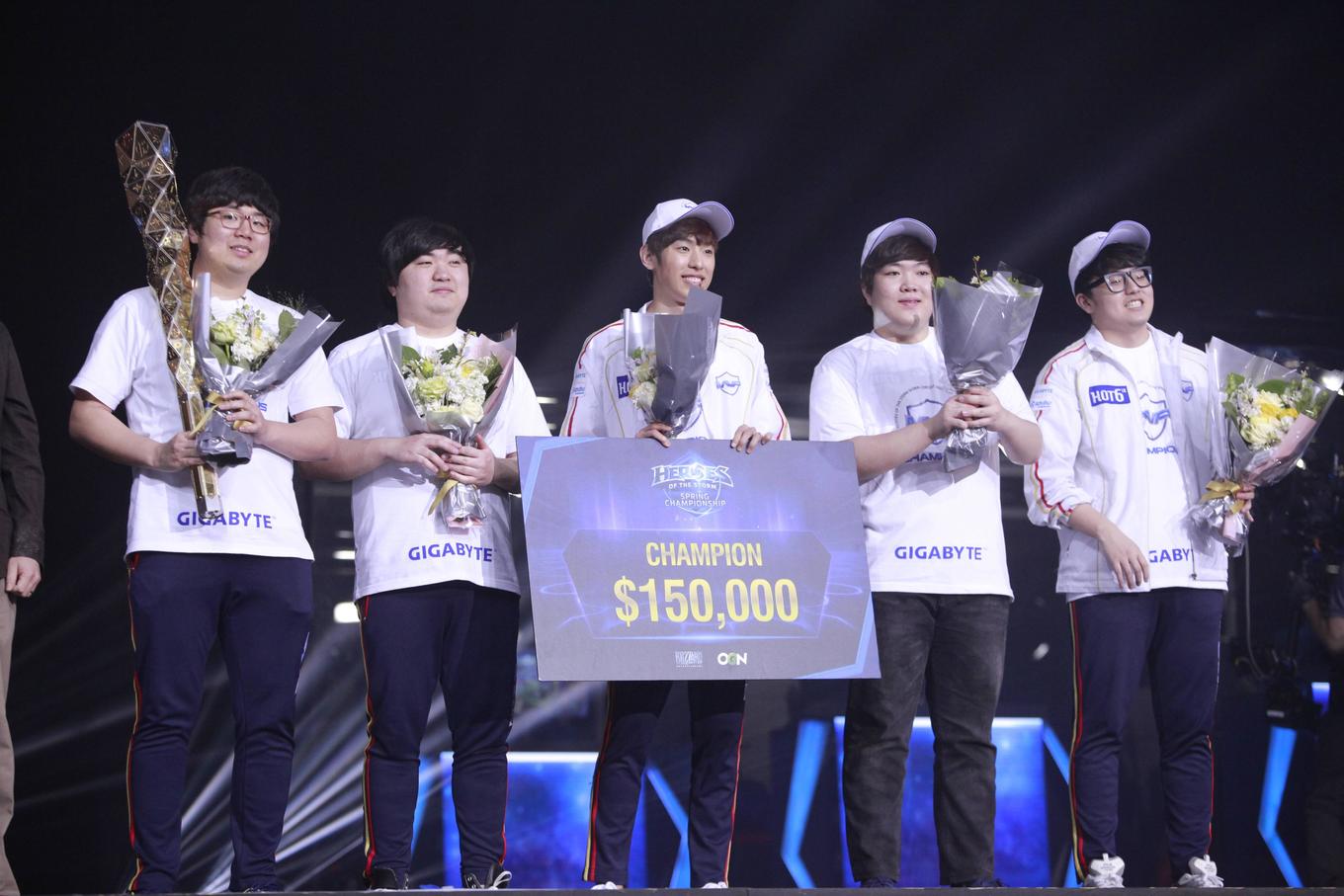 MVP Black have relentlessly dominated the Heroes of the Storm esports landscape, picking up two international titles. But according to the team’s coach, the team might stop playing at the end of this year.

Coach Gwang Bok Kim recently gave an interview to Korea’s DailyEsports, that was translated on Reddit and in which he criticized numerous aspects of the competitive Heroes world.

“In case of Dota 2,” Kim said, “the characters’ skill are all flashy and exciting, but in Heroes you can’t help but feel the skills have been toned down over time. As everyone agrees, the rate of Hero release is also too slow. And there are no tournaments outside of the Blizzard sponsored ones. I don’t know whether MVP Black’s players will continue playing Heroes after this year.”

Kim also criticized the size of prizepools for Heroes tournaments, saying that often teams will receive less in total than an individual player receives for a StarCraft tournament win in Korea.

He isn’t the first voice from MVP Black to express unhappiness with the game. The team’s support player, Tae Jun “Merryday” Yi, recently called the game’s support characters “heal slaves” and lamented the position’s inability to really influence the game.

Korea isn’t the only region experiencing trouble. One of China’s top Heroes sides, EDward Gaming, recently disbanded, with the players reportedly moving into Overwatch instead.

Outside of events that are part of Blizzard’s Heroes Global Circuit, major events are practically non existent. Top teams are struggling for sponsors, and major franchises like SK Gaming, G2 Esports, and compLexity Gaming have all exited the scene last year. Without those major tournaments, Twitch viewership can regularly dip into the triple figures.

With all of these problems and the game’s stagnant growth, the future for competitive Heroes of the Storm is starting to look troubled.