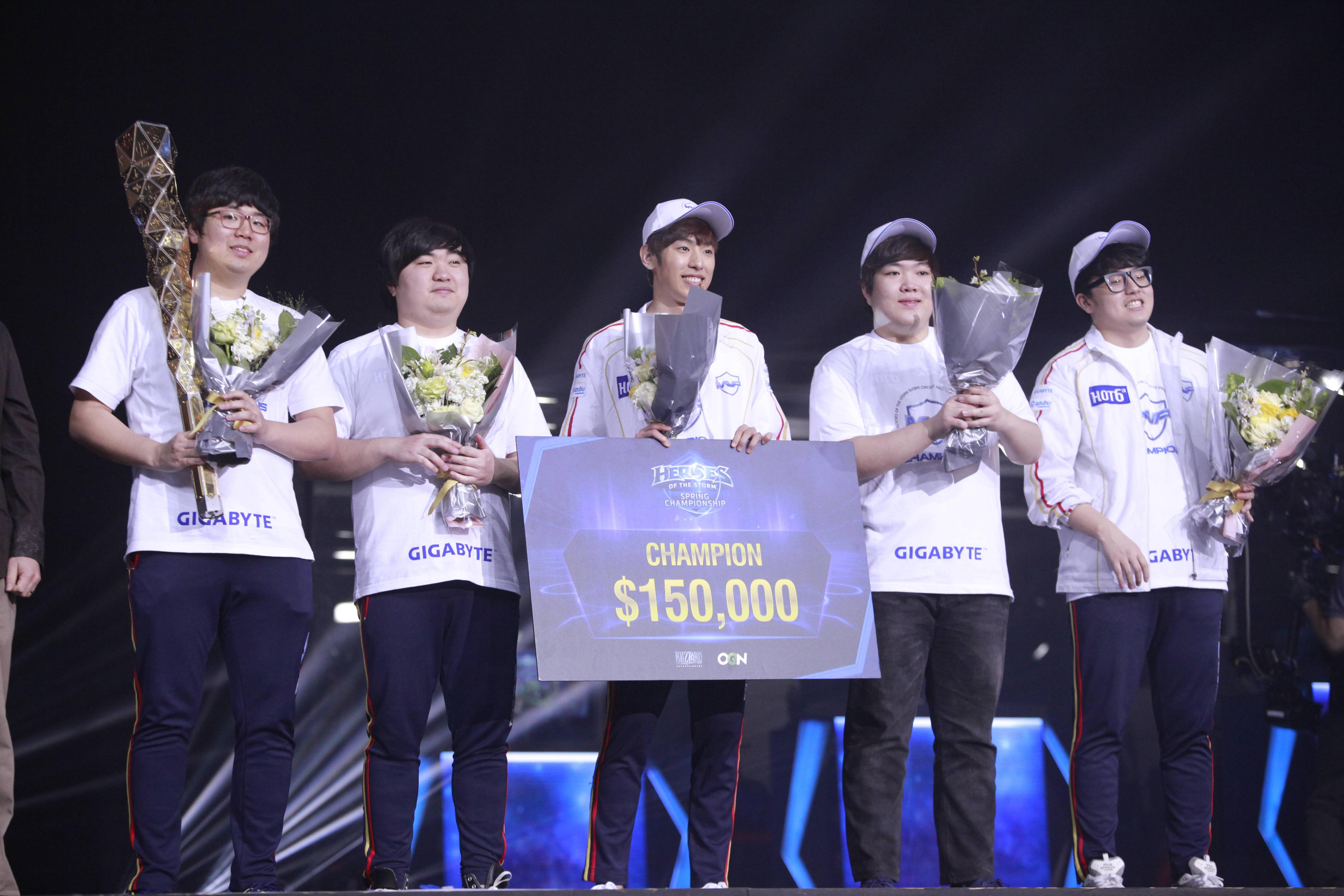 MVP Black has become only the second team to have a branded item sold in Heroes of the Storm—and this time the team will see some of the proceeds.

The Korean side, which won the Spring Heroes Global Championship two weeks ago, will be immortalized in the form of a branded mount to be sold in the store.

The mount will be on sale for $4.99, and for the first time sales of this item will directly benefit the team. The revenue share between Blizzard and MVP Black has not been specified.

Cloud9 were the first team to have a mount after winning the inaugural Heroes World Championship. This mount was only purchasable with gold, however, meaning no revenue went to the team itself.

MVP Black didn’t drop a single game in a flawless performance during the Global Championship. Along with their counterparts from China, the Asian side defeated the Western teams and locked out the top four.