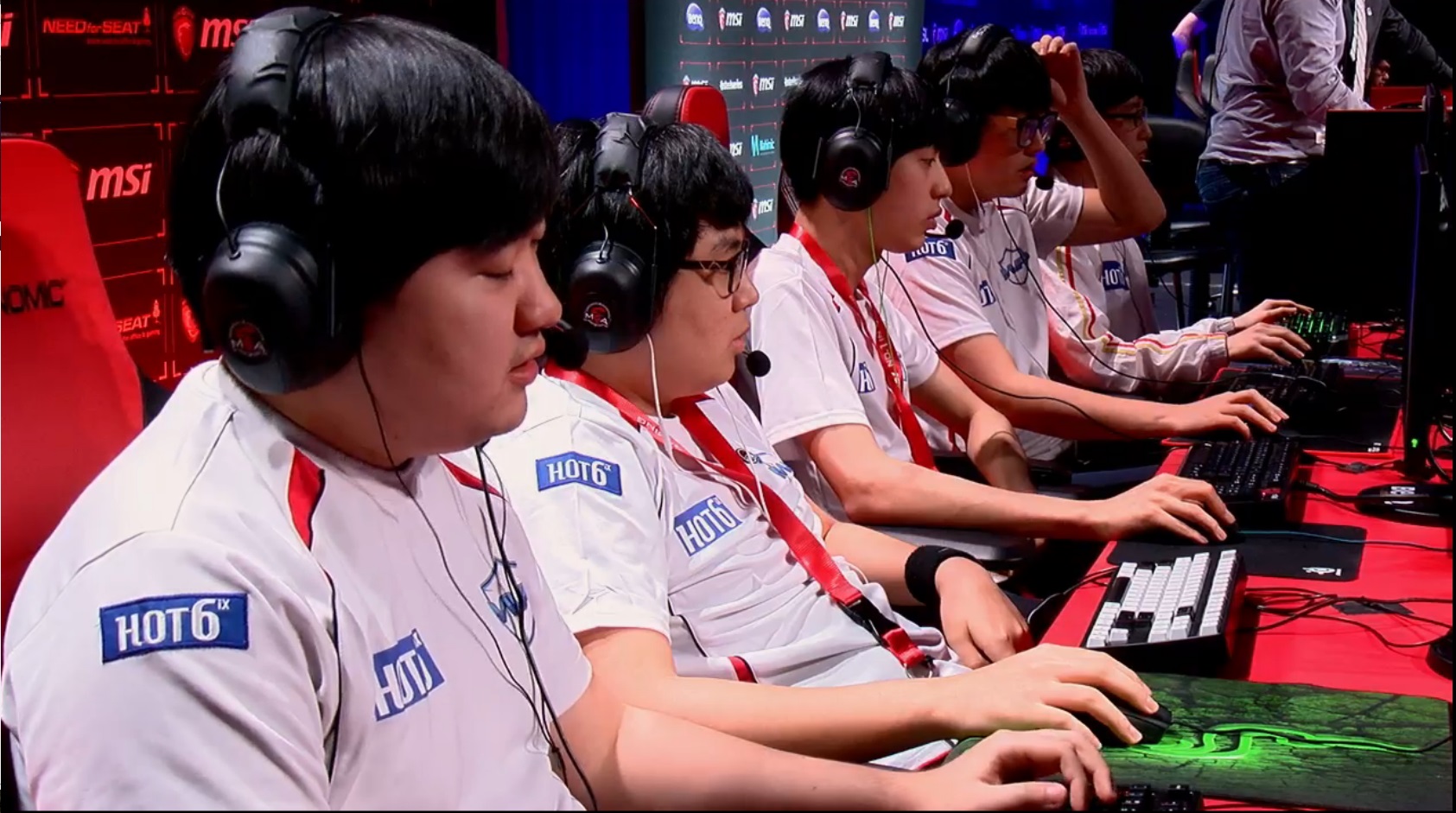 The first major international Heroes of the Storm tournament hit PAX this weekend, and Asia only needed one team to show they’re the best in another video game endeavor.

The MSI Masters Gaming Arena at PAX Prime in Seattle hosted the best teams from the four biggest gaming regions in the world—America, Korea, China, and Europe—in a $50,000 Heroes of the Storm clash that could be a preview of the $500,000 world championship at BlizzCon later this year.

Both Chinese teams, eStar Gaming and EDward Gaming, had to bow out due to visa issues. That left it wide open for their Korean counterparts MVP Black to take the tournament.

The Koreans opened the tournament in a rematch of the Intel Extreme Masters Shenzhen final against Virtus.pro. Like at IEM, MVP swept their European foe. In the semifinals, though, Team Liquid, largely considered Europe’s best team after multiple DreamHack titles, gave the Koreans a run for their money. Team Liquid opened the series with a convincing game one win before Korea stormed back to take the series 2-1

That set up a final against Tempo Storm, America’s best team and a squad that has competed in Heroes longer than any other. Sometimes considered the best team in the game thanks to their dominance dating back to the early alpha, MVP Black showed that they were unimpressed in a three-game sweep.

If ur gonna lose to anyone the koreans are the best team for it! GGs incredible play by mvp black, time to get better for blizzcon! ^_^

The Korean team showcased their strong team fighting while abusing the Warrior meta their region made famous. While they only employed three Warriors in the final game against Team Liquid, pulling out Elite Tauren Chieftain and bashing the Europeans into submission, they played two Warrior champions in every game of the tournament, putting high priority on Leoric while pulling in plenty of Arthas. They liked to pair Leoric with Uther and abuse their death mechanics to win team fights even after giving up a kill, but even when Tempo Storm banned out one of the pair in all three finals games it wasn’t enough.

And MVP Black may not even be the best team invited to MGA—in domestic competitions, they’ve fallen to Chinese teams like eStar Gaming, who bowed out of MGA just hours before it began due to visa issues.

That shows that America and Europe have a lot to learn heading into the world championship at BlizzCon.

But it wasn’t a total loss for America. They at least put to bed questions about their rivalry with Europe. American team Cloud9, who lost to Tempo Storm in the semifinals, swept Team Liquid in the third place match.

Of course, that’s a small consolation for Taylor “Arthelon” Eder and Tempo Storm after the shellacking they took in the grand final against MVP Black. But there’s still more than two months until BlizzCon and its massive Heroes world championship. Now, for the first time since Tempo Storm picked up Chris “Zuna” Buechter in May, they have a target ahead.