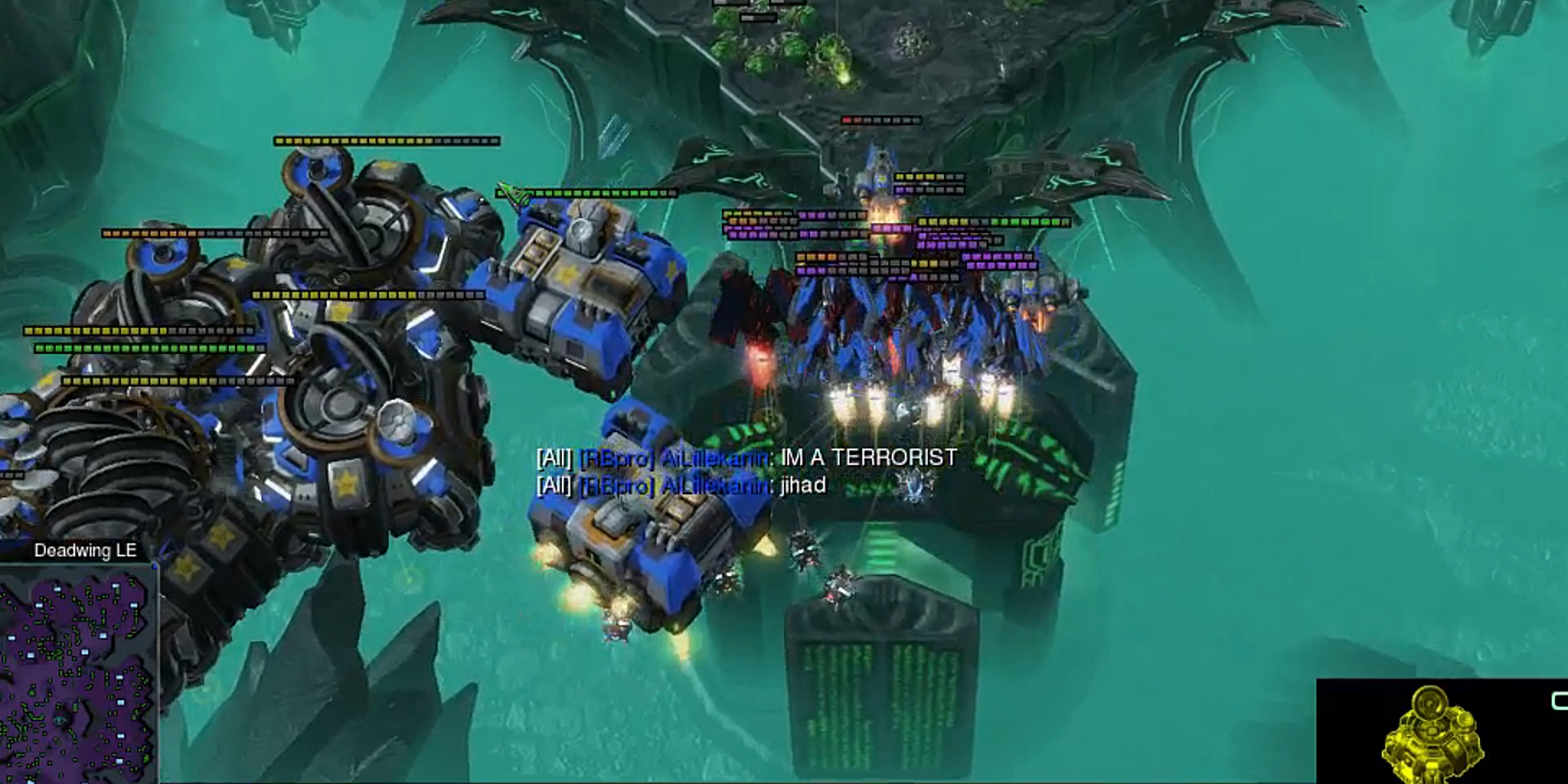 The player responsible for orchestrating what is likely the longest game in professional StarCraft history has been suspended for violating league rules when he got bored in the hours-long match.

Hovmand adopted a stall tactic by rushing Ravens and using them to delay the match using their abilities as cost efficient defense. Auto-Turrets combined with Point Defense Drones, which make his other units and the turrets tough to take down, make it nearly impossible for a Zerg player to break through without a lengthy war of attrition. Dai adopted such a strategy, massing Swarm Hosts to slowly break down Hovmand, leading to a tediously long affair.

After three in-game hours and 20 minutes, Dai was ready to make a move with cost-effective units of his own, Infestors and their Infested Terrans. Hovmand moved to a last-ditch plant to stall out the match: floating his buildings away with his horde of Ravens.

With no resources lefts on the map, Dai was unable to transition into more Corruptors. With twenty-nine Ravens available, Hovmand could deploy enough Point Defense Drones to stall out Dai for nearly forever.

Eventually, after nearly 50 minutes of an in-game time stalemate, with Dai attempting to slowly pick off Hovmand’s units with chains of Viper pulls, Hovmand breaks. Knowing he’s losing a war of attrition, he types “IM A TERRORIST,” into the chat, and then, “jihad” as he moves his remaining units into the Zerg’s line of defense.

There wouldn’t be a next game. Hovmand was disqualified. At first glance, his quip about being a terrorist seemed to be the cause—an administrator told him as much.

But he also broke other rules during the match. At times Hovmand alt-tabbed out of the boring game, checking his live Twitch chat, Twitter, and other social media. The problem? People in chat were discussing privileged information, like Dai’s supply count and current resources.

The WCS ruling docks Hovmand for multiple violations, suspending him for the remainder of the first season of WCS 2015 and placing him on probation for the rest of the year.

Of course, those are for his obvious infractions. Many fans want him punished for crimes against StarCraft—adopting that raven turtle strategy which likely set a new record in boring and frustrating viewer experience. Other fans hope a game like this one will garner enough attention to get Blizzard to address some of the game’s current issues, namely the way units like Raven and Swarm Host, which provide essentially free units, stall out games.

You can decide for yourself by sitting through the four in-game hours of the match below.

Hovmand wasn’t the only player hit with punishments today.

Fabian “GunGFuBanDa” Mayer and Jérémy “jeysen” Sène were banned for the remainder of Season 1 of the 2015 WCS due to potential match fixing. While Blizzard did not find the pair of players had actually fixed a match, the two discussed terms of possible collusion after the conclusion of a match in qualifier no. 5.

With StarCraft 2 still struggling to maintain a place of prominence in the esports landscape, incidents like these surely don’t help.