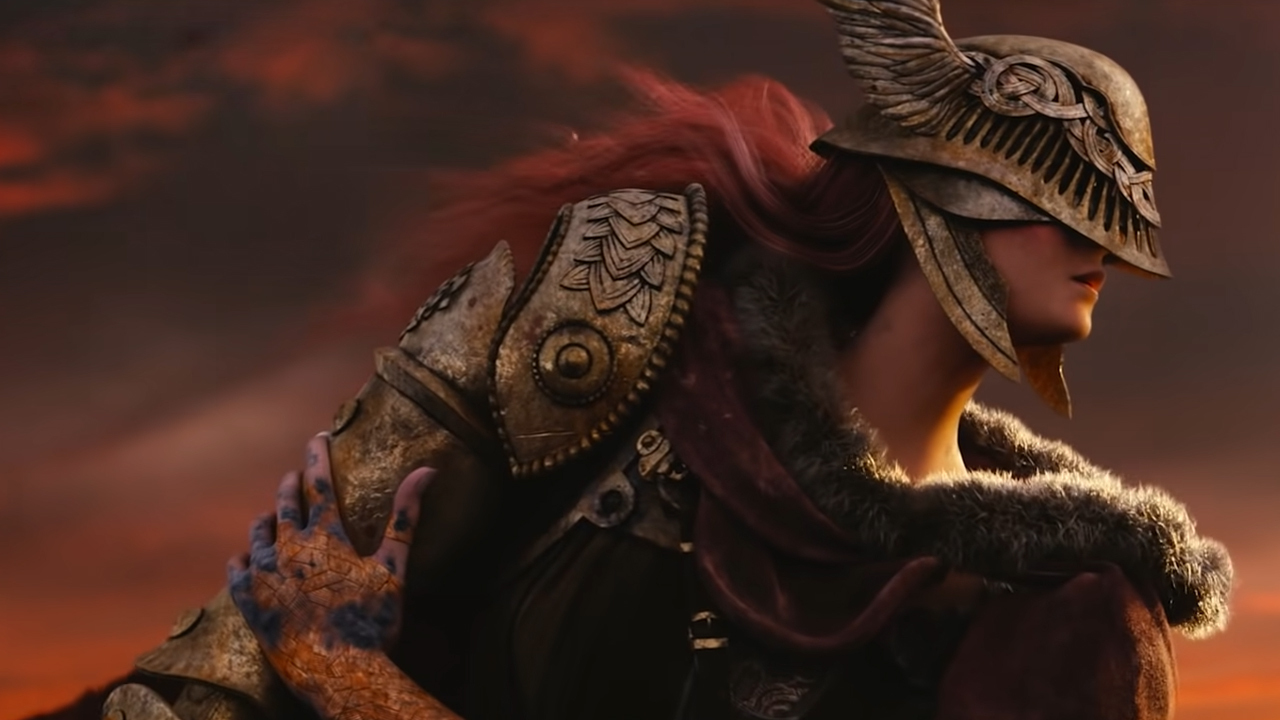 Malenia, Blade of Miquella, the difficult optional boss waiting for Elden Ring players at the base of Haligtree, can be a huge pain to defeat. But with some preparation and knowledge of her moveset, this fight becomes manageable. Here’s how to beat her.

The most important mechanic to remember in this fight is that Malenia heals herself when she hits players or their summons. Every little bit of damage dealt to the player gives Malenia more HP, extending the fight and reducing the odds of beating the boss. This pesky effect extends even to any of Malenia’s attacks that are blocked with a shield—she regains health even if the hits are 100 percent blocked. Tarnished looking to beat Malenia should put their shields away and focus on avoiding her attacks altogether. While it’s easy to advise dodging her attacks, the reality is that most players, even if they’re being careful, will get hit during the fight. Some of her sword swings have short wind-ups and her signature move, Waterfowl Dance, is nearly impossible to escape unscathed.

Avoid a war of attrition

It’s best to think of the fight as a sprint, not a marathon. Malenia enjoys robust health regeneration, but players challenging her have a finite supply of healing. Every second the fight drags on gives Malenia more opportunities to heal while players have fewer opportunities to do so. Generally speaking, the longer this boss battle takes, the less chance it has of being successful. This is doubly true for players who are using friendly summons or Spirit Ashes to help them in the fight, who have even less healing resources. Summons targeted by Waterfowl Dance or Scarlet Aeonia will likely die, leaving players to suffer alone against a stronger boss. The best way to reliably win this fight is to end it quickly.

Mages can do a good chunk of damage right at the beginning of the fight: Malenia usually approaches players slowly and allows herself to take a couple of spells to the face with no retaliation or dodges. After that first sequence, she dodges many spells at long and medium range. Some will still connect from medium range, though, and it’s relatively safe to attack from there while rolling to avoid any attacks that get too close for comfort.

Melee builds that focus on strength should exploit Malenia’s relatively low poise and stagger her early and as often as possible. A greatsword or other weapon with high poise damage can interrupt a significant percentage of her attacks and even cause her to fully stagger, leaving her open for a massive damage follow-up attack. Weapons with the Bleed or Frost status effects are particularly effective against Malenia and can be a big help in shortening the fight.

Given that Malenia is widely acknowledged as the hardest boss in Elden Ring at the moment, the fight is a perfect time to use any helpful consumable items. Boiled Crab, for example, greatly reduces physical damage. It’s available for the low price of 600 runes from Blackguard Big Boggart or from the Twin Maiden Husks once you’ve acquired the Blackguard’s Bell Bearing, and it can be a tremendous help for Tarnished who struggle to master the timing of her attacks. The buff this item offers can easily be the difference between life and death, particularly for players caught in the path of a Waterfowl Dance.

Consumables aren’t the only way to get stronger. Buff with Rune Arcs and spells and equip the armor and Talismans that will help survivability in the fight—like the HP-raising Erdtree’s Favor or the Dragoncrest Shield Talisman, which reduces physical damage.

While Malenia’s healing is a frustrating mechanic that can easily ruin otherwise decent attempts against her, the most difficult part of the fight is Waterfowl Dance, the weapon art of her prosthetic sword-arm that is nearly impossible to dodge. Luckily for players, Waterfowl Dance has an obvious wind-up. Before she executes the attack, she leaps high into the air, and floats for a moment before it begins. Then Malenia makes a flurry of circular cuts with a huge area of effect in what has to be one of the most unfair-feeling attacks in the entire Soulsborne series.

While it’s possible to escape a Waterfowl Dance without being hit, that kind of skill is out of reach for most players. The most reliable method of surviving the attack is to run away or roll backward whenever players believe she may be about to perform Waterfowl Dance, in an attempt to ensure that the entire first sequence of cuts misses. The second sequence of cuts is always more difficult to dodge because the first usually closes whatever gap the player established. Sometimes it’s good to roll into this second sequence of cuts, using her forward momentum against her so that the bulk of the attacks miss. While it’s an extremely quick sequence, it is helpful to watch its direction and attempt to dodge based on visual information. Rolling backward through the entire Waterfowl Dance is almost never ideal. Malenia will catch players and do massive damage.

Ending the fight quickly ensures Malenia has fewer opportunities to use Waterfowl Dance. It’s possible to kill her without ever seeing a single Waterfowl Dance, but only dealing with one or two rather than three or four of them will make the fight much easier to survive.

The Goddess of Rot

Once players have dispatched Malenia, Blade of Miquella, she powers up and changes form to Malenia, Goddess of Rot. The first part of the fight was just a prelude to the real challenge: Malenia gets a full health bar, new attacks, and the added annoyance of a nasty Scarlet Rot status effect in this second phase.

This second part of the fight always starts with the same attack sequence, which can be exploited for good damage. After dispatching her first phase, a short cutscene plays. There is a brief window after the cutscene ends with enough time to chug from a flask or eat a Boiled Crab. But then Malenia leaps into the air and, after a pause, debuts a new attack: Scarlet Aeonia, which begins with a dive-bomb onto players. This attack will cause massive damage if it connects, but it can be reliably dodged by rolling backward. It’s prudent to spam the dodge button here in an effort to keep backing away from Malenia, since there is a secondary explosion after the dive-bomb with a large area of effect that produces Scarlet Rot. The upside to this attack is that it has a long recovery window. Malenia sits in the blossom of scarlet rot for several seconds and is vulnerable to any ranged attacks, so it’s the perfect time for mages to do huge damage with a powerful spell, or for melee builds to use any weapon arts with ranged options.

As the fight continues, Malenia will continue to perform this new deadly attack. Stay away from her when she leaps into the air and you see the telltale red blossoms that emanate from her, a sure sign she’s about to perform the attack. Remember to exploit the long recovery of the attack with ranged options or use the window to fully heal or reapply buffs.

Malenia will also continue to perform Waterfowl Dance during the second phase. It’s as difficult as ever to completely dodge, and now inflicts Scarlet Rot.

If Malenia proves impossible to beat even with these tips, there is zero shame in summoning skilled cooperators. While Malenia’s deadly attacks make this a tedious strategy and most summons will succumb to Waterfowl Dance, it’s only a matter of time before strong players come along who may be entirely happy to do the heavy lifting in the fight. Hang back and stay safe. Finally, strong Spirit Ashes are great in this fight. Even though the Mimic Tear Spirit Ash was nerfed, it’s still an effective tool to help with Malenia and can easily survive the full brunt of Waterfowl Dance and even Scarlet Aeonia. Make sure to unequip any weapons, spells, and items that are ineffective against Malenia before summoning the Spirit Ash, since it copies players exactly.

Finally, persistence is key in this fight. Don’t expect to beat this boss in a few tries. Set aside an evening or two to learn her attack patterns and get comfortable with the timings.