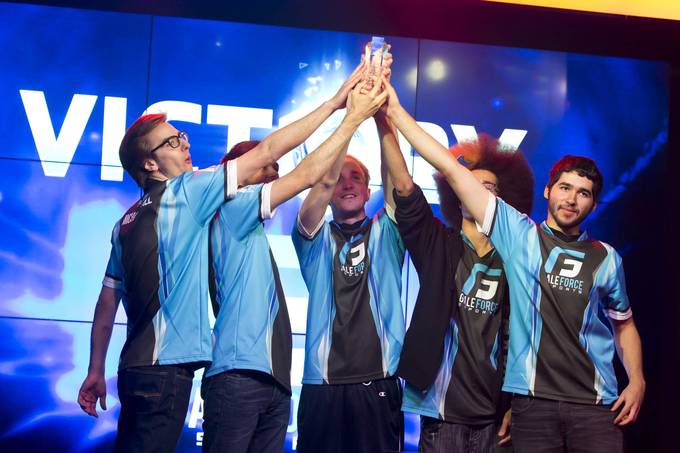 Gale Force stunned Team Naventic 3-0 in the final to claim the $25,000 and the spot in the HGC, handing Naventic only their second loss since the Spring Global Championships.

The win means that Gale Force will join Naventic in Sweden for the $500,000 finals, at the expense of 2015 world champions Cloud9. Naventic defeated Cloud9 at DreamHack Austin to win the first regional, and if Naventic had done the double Gale Force and Cloud9 would have played a decider for the final spot.

Cloud9 looked a shadow of their former selves, failing to get out of their group after a pair of losses to Brain Power (the former COGnitive Gaming). Tempo Storm also had a weekend to forget, dropping their first two matches to finish bottom of Group A.

The losses for the established sides let new teams like Gale Force and Astral Authority advance. Thanks to a narrow victory against Brain Power, Gale Force managed to avoid Naventic in the semifinals and give themselves at least a chance at qualification—or so many fans thought.

Gale Force had the better of Naventic at every turn in the final, comprehensively out-drafting them and playing them off the map in each game. Naventic may well have been hiding strategies or tech for the Global Finals in just two weeks time, but that doesn’t take away from an incredibly strong performance from Gale Force.

Gale Force and Naventic will represent North America in the Global Championship at DreamHack Summer. Previous champions MVP Black of South Korea qualified to defend their crown, but they failed to take first place in the Korean Super League. Tempest defeated the reigning champions 4-0 to end their 34 game win streak and win a spot in the Championship.

They will be joined by Team Dignitas and mYinsanity from Europe, eStar Gaming and X-Team from China, Big Gods from Latin America, Please Buff Arthas of Taiwan, SEA side Renevatio I and Negative Synergy from the Australia and New Zealand region.