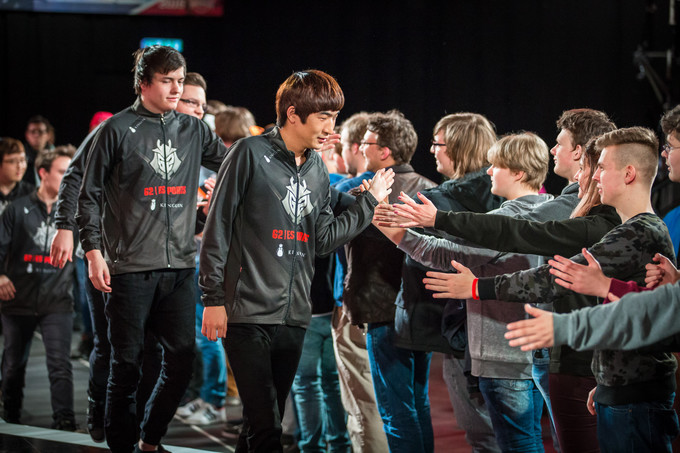 After eleven weeks of competition among the best European League of Legends sides, just two teams remain to compete for the spring LCS championship.

Regular season winners G2 Esports and 2015 Worlds semifinalists Origen triumphed in this weekend’s playoff semifinals to book their places in the finals this Sunday.

The winning team will walk away with $50,000, 70 World Championship qualification points, and a spot at the Mid-Season Invitational in Shanghai next month.

G2 Esports have had a dominant debut season in the LCS, finishing top of the Spring Split with fifteen victories, but in the semifinals they faced 2015’s European powerhouse—Fnatic.

With a 3-1 victory, G2 swept Fnatic aside in relatively comfortable fashion. After a slow-paced game one Fnatic leveled the series in game two, but a series of mistakes at crucial times cost Fnatic the final two games and the series.

Origen, on the other hand, squeaked past H2k-Gaming in a close five-game series. The two teams are considered to be very similar, and have practiced against each other in the past. The action was fast and furious as the teams traded team wipes, momentum shifts, and games. No team could establish a series lead, with Origen finally winning a tense fifth game thanks to their slight edge in team fights.

G2 and Origen will meet next Sunday to decide the LCS Spring Split champion, both looking for their first season title.