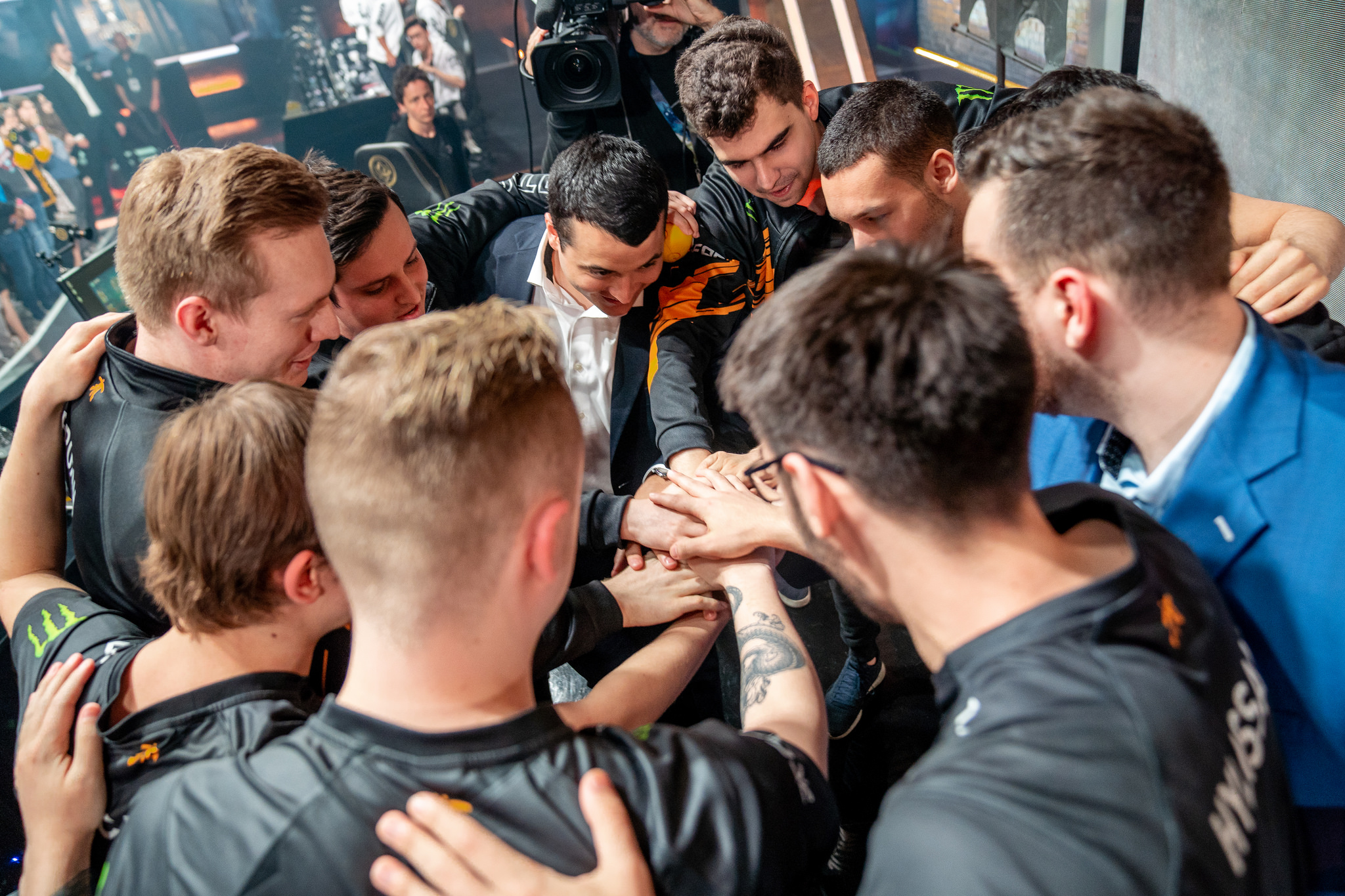 Fnatic inflicted Flash Wolves’ first loss of the 2018 Mid-Season Invitational today to keep themselves in the running for a knockout stage spot.

Heading into the Monday’s match, Flash Wolves had already secured themselves a spot at the MSI knockout rounds after going undefeated in the first three days of the competition. Now, Flash Wolves just needed to win a few more games to secure themselves the top seed.

Flash Wolves hadn’t been seen as one of the favorites at the start of the tournament. But a series of impressive wins over top teams KINGZONE DragonX and Royal Never Give Up had alleviated any doubts that this team was here to win.

Fnatic needed to secure themselves a win to keep their own knockout stage chances alive. Good results in their final four games should secure the team a spot in Paris from May 18.

Fnatic’s mid laner Rasmus “Caps” Winther has been the hero of the tournament for the EU LCS side but in the early game but looked a shadow of himself in Fnatic’s first match of the day. Flash Wolves mid laner Huang “Maple” Yi-Tang kept him in check, securing an impressive solo kill to give him a well deserved lead.

With Caps and even ADC Martin “Rekkles” Larsson being behind, it was Fnatic’s rookie top laner Gabriël “Bwipo” Rau that stepped up to keep his team in the game. A huge team fight in the bot lane secured Fnatic a slight gold lead due to Bwipo’s outplay against Maple.

After the initial team fight, the game began to stall and remained closely contested in the opening 25 minutes with both teams trading objectives. Flash Wolves pushed for the Baron to try and take control of the match shortly afterwards. Fnatic were split up across the map with a fraction of the team pushing for the top lane inhibitor, content on losing the Baron.

That was until Fnatic jungler Mads “Broxah” Brock-Pedersen made the hero play, stealing the Baron twice over the course of five minutes at the cost of his life.

Flash Wolves had been playing the better League of Legends but Broxah’s individual plays kept Fnatic in a game that should have finished a long time ago. After one final teamfight ended in Fnatic’s favor, the team were finally able to crack the rest of the Flash Wolves base open and take the win.

Now at 4-2 in the standings, Fnatic are tied for second with Royal Never Give Up and KINGZONE DragonX and are two wins away from securing their spot in the knockout stage. Team Liquid and EVOS Esports would need to win all their games moving forward and hope that results go in their favor to pull off an unlikely miracle story.

Fnatic go up against Team Liquid in the final match of the day where a loss will likely eliminate the NA LCS champions from the tournament.