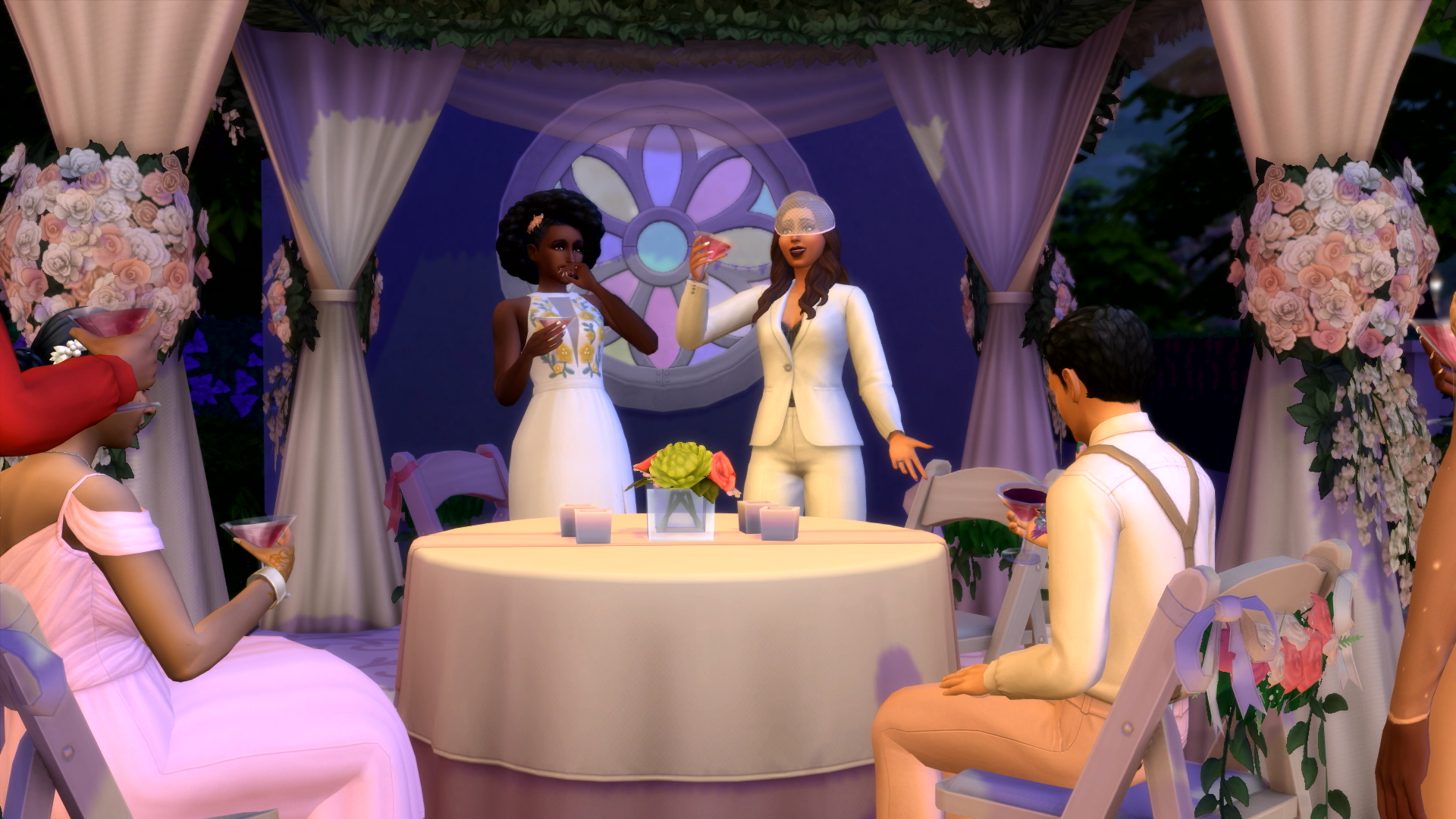 The new The Sims 4 expansion called My Wedding Stories won’t be released in Russia due to the country’s anti-LGBTQ+ federal law.

A part of My Wedding Stories‘ storytelling tells the story of two women—Dominique and Camille, as they plan their wedding. It’s not that same-sex relationships didn’t exist in The Sims 4 before, but My Wedding Stories‘ content goes explicitly against a federal law that Russia introduced in 2013. The law prohibits any content marketed to anyone under the age of 18 that showcases homosexuality as a societal norm. Russia considers it “propaganda.”

Electronic Arts and The Sims‘ developer Maxi made a blog post on Feb. 9 to detail why My Wedding Stories couldn’t be released in Russia. “When we set out to create ‘My Wedding Stories‘ this was the vision we had for our global community: the joy of finding love, celebrating that love, and telling stories that have meaning on a personal level,” the official statement reads.

The story of Dominique and Camille reflects some of the experiences lived by many members of The Sims community and the developing team, according to the blog post. As EA and Maxi moved through with the storytelling of My Wedding Stories, they were aware that its content wouldn’t be released freely around the world.

“Holding back Cam and Dom’s story meant compromising the values we live by,” the statement reads. “We are committed to the freedom to be who you are, to love who you love, and tell the stories you want to tell. We have made the decision to forgo the release of ‘My Wedding Stories‘ where our storytelling would be subject to changes because of federal laws.”

This means that The Sims fans in Russia won’t be able to purchase and play The Wedding Stories content. The new expansion will cost $19.99 and will release on PC and consoles on Feb. 17.