Where to "search between a basement film camera, a snowy stone head, and a flashy gold big rig" in Fortnite season X challenge - Dot Esports
Skip to content 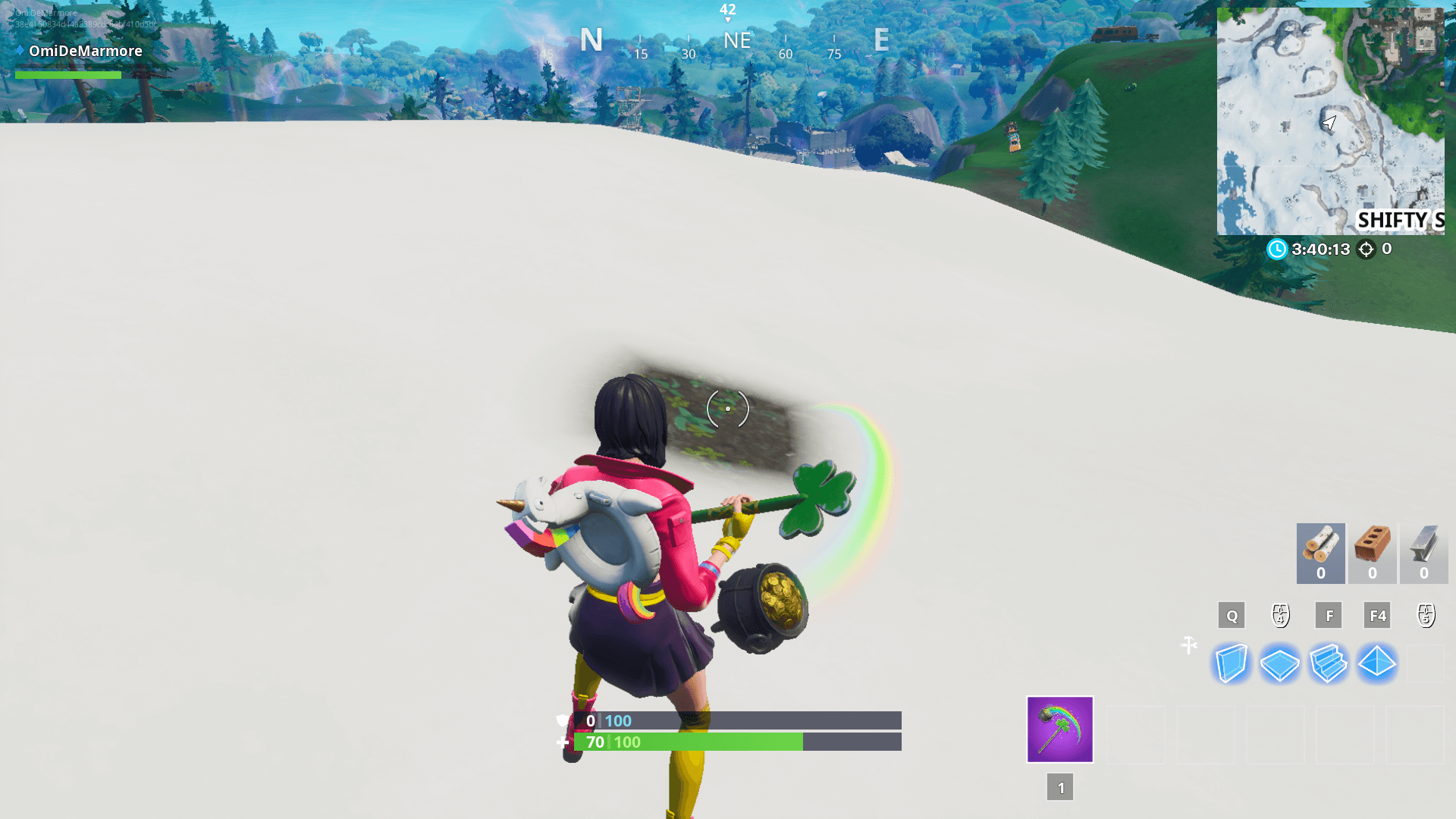 A Fortnite: Battle Royale challenge set doesn’t deserve respect if it doesn’t ask you to search for Battle Stars in random places. The next Battle Pass challenge set of season X, the week five Blockbuster set, tasks players with doing this twice.

One of the hints for a challenge in the Normal list says the star is “between a basement film camera, a snowy stone head, and a flashy gold big rig.” All of these objects are irrelevant to the average Fortnite player, so most of them probably have no idea where to find them. But we know where they are and where the location in the middle of them is.

The “big rig” is a huge golden truck parked southwest of Tilted Towers. This should be your first reference for the challenge since it’s the easiest to spot. The basement camera is well hidden in the basement of a house west of Shifty Shafts, while the snowy stone head is north of the frozen lake near Polar Peak.

The central point of the triangle that these three objects form is on the first hill northwest of Shifty Shafts. You’ll see there’s a patch of dry grass in the middle of the snow and that’s where the Battle Star should appear once you approach the area.

If you can’t see the star, check if you’re playing a valid game mode. Only Playground and modes made in Creative will stop you from progressing through this challenge, while all others will let you grab the star. If you’re having trouble staying alive due to the number of people completing this challenge, try playing Team Rumble. There are fewer people in a match and a lot of them will be your teammates.

You’ll receive your next reward for the Blockbuster challenge after completing this challenge and returning to the lobby.