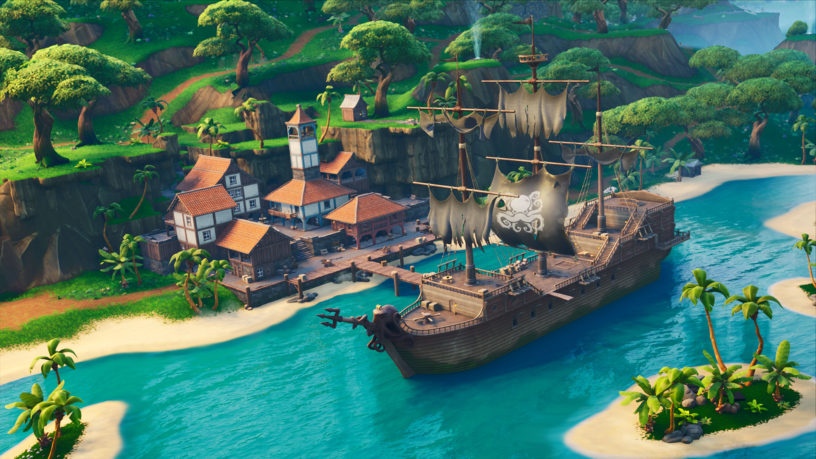 Lucas was the leaker who, along with AyeTSG, leaked that the Ice King would be inside a huge ice sphere floating over Polar Peak near the end of season seven. That was part of the scene that led to the Ice Storm event that covered the entire Fortnite island in snow.

As more secrets emerge in season eight, like the excavation sites, the helicopter, and the Ruin skin, Lucas says leakers might be unable to get a video like they did for the Ice King. He says the method “was patched in a hotfix that followed about 48 hours after it was shared.”

Lucas says the Ice King leak was done using replay files that are included in the game every update for performance and event tests. “Each of them were generated ‘in the future’ in the sense that the replays would record information with an offset of several days, so it could be generated at times that events are going on,” Lucas said. “One of the replay files happened to be generated at a time where the offset landed on the time the Ice King was in the ice ball, and that’s what I recorded and posted.”

Since these replay files were “technically generated under a different version of the game,” according to Lucas, the game would say they were outdated and make him unable to watch them. He and AyeTSG had to modify the replay file to have the same version the game had at the moment they leaked it.

“It’s no longer possible to do leaks like that in replay mode, sadly,” Lucas said. “It continues to be possible to analyze the game files to get a general idea of what will happen, but not to that extent or in-game.”

Fans who are eager to understand how all the season eight mysteries will come together might only have a few hints this time since it’s unlikely that a full replay or video will spoil the future of Fortnite.