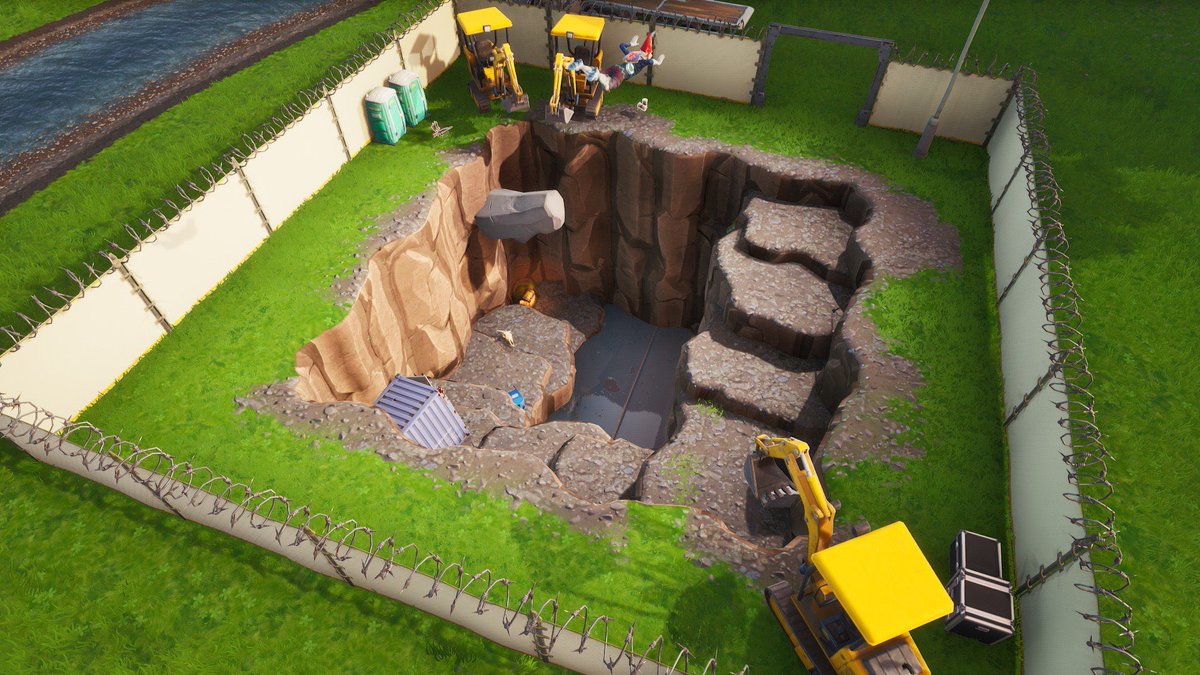 The latest Fortnite: Battle Royale digging site has been fully dug up. This site is located at Loot Lake, and unlike the previous two sites, it’s quite uneventful in terms of what it revealed under the dirt chunks that players removed.

Players found only one chest and no interesting items in the Loot Lake digging site. Nothing happened after they dug it up, so there’s no real reason to go into it during your matches.

Some players had high hopes for this digging site. The first one near Paradise Palms uncovered a few treasure chests and a Volcano Vent that are now permanent additions in Fortnite. They allow players in the surrounding areas to get more loot and glide toward a new location soon after.

The second digging site, at Dusty Divot, seemed to be a paradise at first. Players dug it up and found 11 chests, but as soon as the last dirt chunk was removed, the digging site was covered with lava and destroyed all but one chest.

Related: How to unlock the Ruin skin in Fortnite season 8

Nothing has happened since the Loot Lake digging ended. Players are expecting either a fourth site to be opened soon or something to happen to all three sites at once after the v8.30 update is released this week, which might be the lead-up to a new end-of-season event.