How do you play Mystery at Croft Manor in Fortnite Creative? - Dot Esports
Skip to content 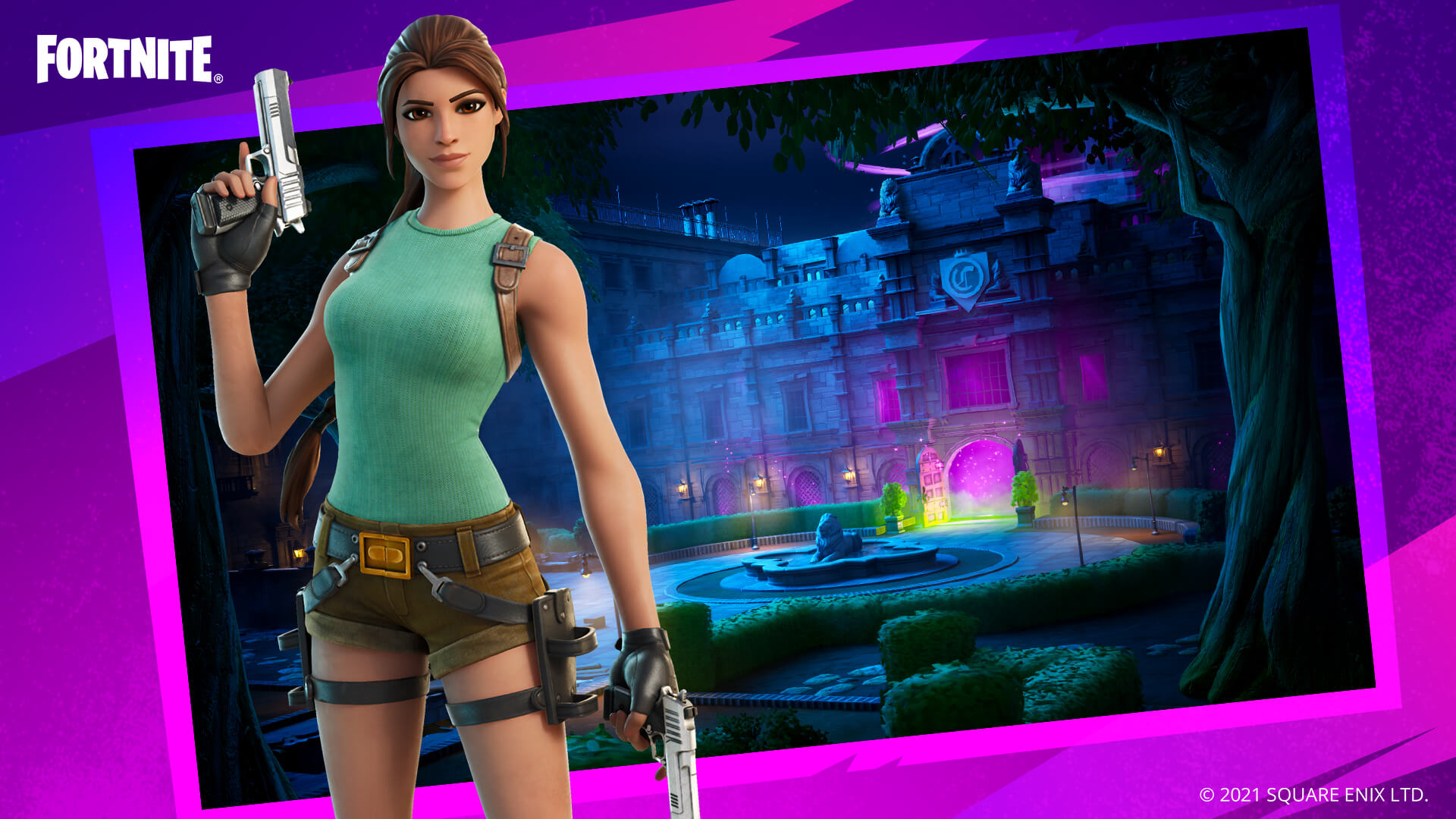 Fortnite isn’t afraid of partnering with companies to create new and innovative ways to enjoy its content while also promoting special announcements. Lara Croft’s mansion has made its way back into Fortnite ahead of a new game announcement shortly after the v20.10 update was released earlier today.

The Mystery at Croft Manor is a puzzle level made in the game’s Creative mode by Alliance. In this new mode, players will be free to search the manor and unlock the secrets it holds within. Of course, players will need to find the puzzle pieces located around the map to do this.

When you first get to the manor after the lobby, read the note that the butler has left for you on the table. After you’re told what’s going on, a path of green fire will appear to lead you to the library. Once in the library, climb the boxes to find a puzzle piece hidden in a corner. Then, you’ll pull the lever in the center of the room to unlock a secret entrance below.

Pick up the bow and head between the bookcases into the new pathway. Continue to follow the back hallway until you come into an open dungeon-looking area. First, you’ll need to shoot the four bolts holding up the cage, dropping it into the water below. Next, pick up the Grappler inside and use it to get in the doorway ahead of you. Pull the lever and a door will open just beneath you.

Next, you’ll have to use the Grappler to get across a series of platforms above some spiked terrain. If the player makes a mistake and falls, they’ll have to start again. Once you’ve crossed the gap, be prepared to slide through some tunnels. In the end, there will be a puzzle piece in the middle of an opening.

There are four separate puzzles you have to solve in the next chamber, denoted by their different colored circles on the floor. When you complete a puzzle, you’ll see a ball roll down the corresponding slide.

These four different puzzles ask the player to:

After you complete all four puzzles, the relic room will open. Pick up the dual pistols and interact with the jewel on the raised platform. Be prepared because a swarm of enemies will appear and attack you. If you can survive the first wave, a minigun will spawn on the platform, making it much easier to mow down your foes.

Once you defeat the Golden Relic Keeper, you’ll fall through the center of a platform to enter a strange space-like area. Jump through into the hallway ahead of you and you’ll begin to skate to your next puzzle. Next, you’ll have to run through a hallway with a floor that disappears too quickly unless you sprint toward the exit.

Next is a puzzle that requires you to use Impulse Grenades to blast yourself to the other side. If this proves too difficult, there is an option to skip it near the entrance. After that, you’ll do some more platforming before hitting a jump pad that shoots you to the next part of the level. Then, place the llama jewel on the pedestal to complete the quest and return to Croft Manor.

Players who collect all eight puzzle pieces will unlock a secret area with a “Winston in the freezer” Easter egg, which is a running joke among the community from one of the classic Tomb Raider games.

Epic Games first partnered with Alliance to create this level last March. So this morning, it was a little confusing when it was featured again alongside the update. But Epic had a particular reason revealed during the State of Unreal presentation.

Epic announced that a new Tomb Raider game is in development on Unreal Engine 5, the most recent of Epic’s game creation software. The official Tomb Raider Twitter account shared the video shortly after.

Epic wants to spotlight this level since its engine is being used to create the next generation of Lara Croft’s legacy.