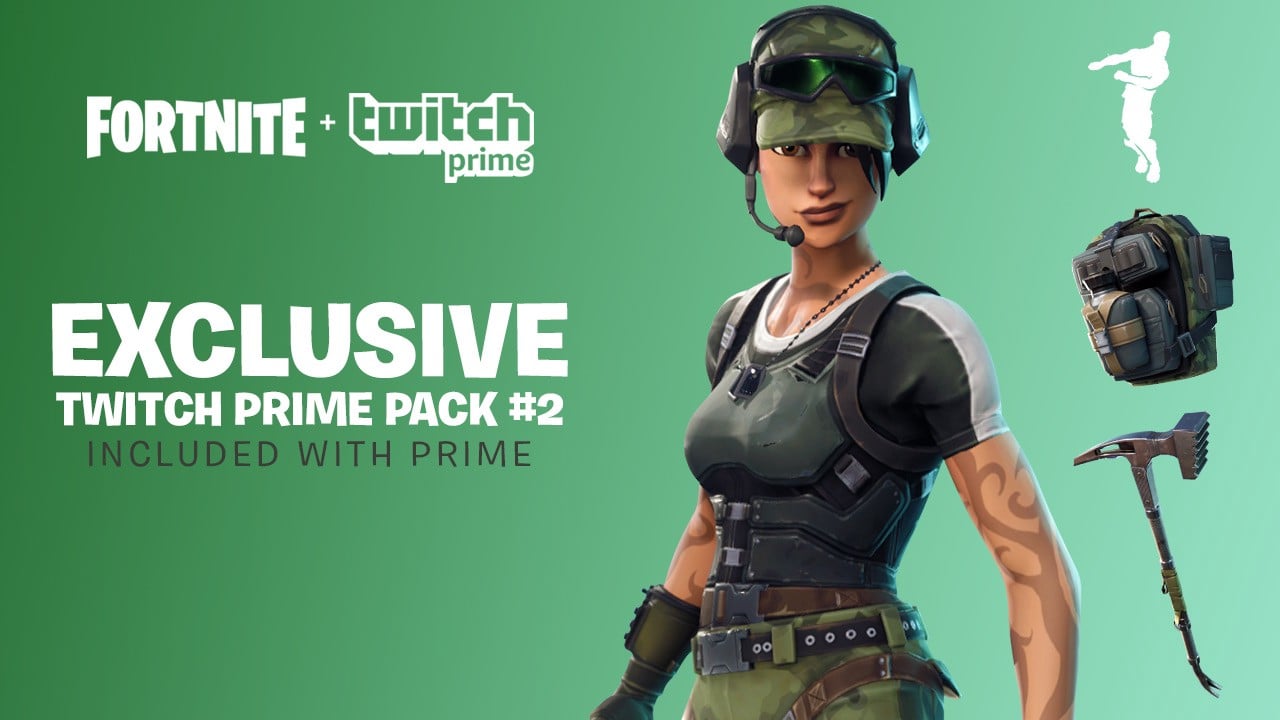 There are some new Fortnite customization items coming soon, and they’re exclusive for members of Twitch Prime.

The Twitch Prime Pack No. 2, coming May 9, is the second set of skins for Prime users in Fortnite: Battle Royale, after the initial set was released back in March. This set comes with an outfit, a back bling, a pickaxe, and an emote.

The skins have a distinct military or wilderness feel to them. The outfit is named Trailblazer, while the back bling is called True North, the pickaxe is called Tenderizer, and the emote is named Freestylin’.

This is the first time an in-game emote has been made available with Twitch Prime. The first Prime pack featured two outfits, a back bling, a pickaxe, and Twitch emotes to use on the website. To claim the skins, users must link their Twitch accounts to their Epic Games account.

Twitch Prime is a part of Amazon Prime, the website’s yearly service that offers free two-day shipping on eligible items. Twitch Prime allows users to link their Amazon Prime accounts to their Twitch accounts for perks on the game-streaming site, including a free monthly subscription to a streamer of their choice.

These skins are just another part of the monthly perks. Amazon Prime is upwards of $100 each year for the non-student subscription.

Twitch and Epic gave no expiration date for this new Fortnite pack, but the first one was around for nearly two months, so something similar could be expected with this one.