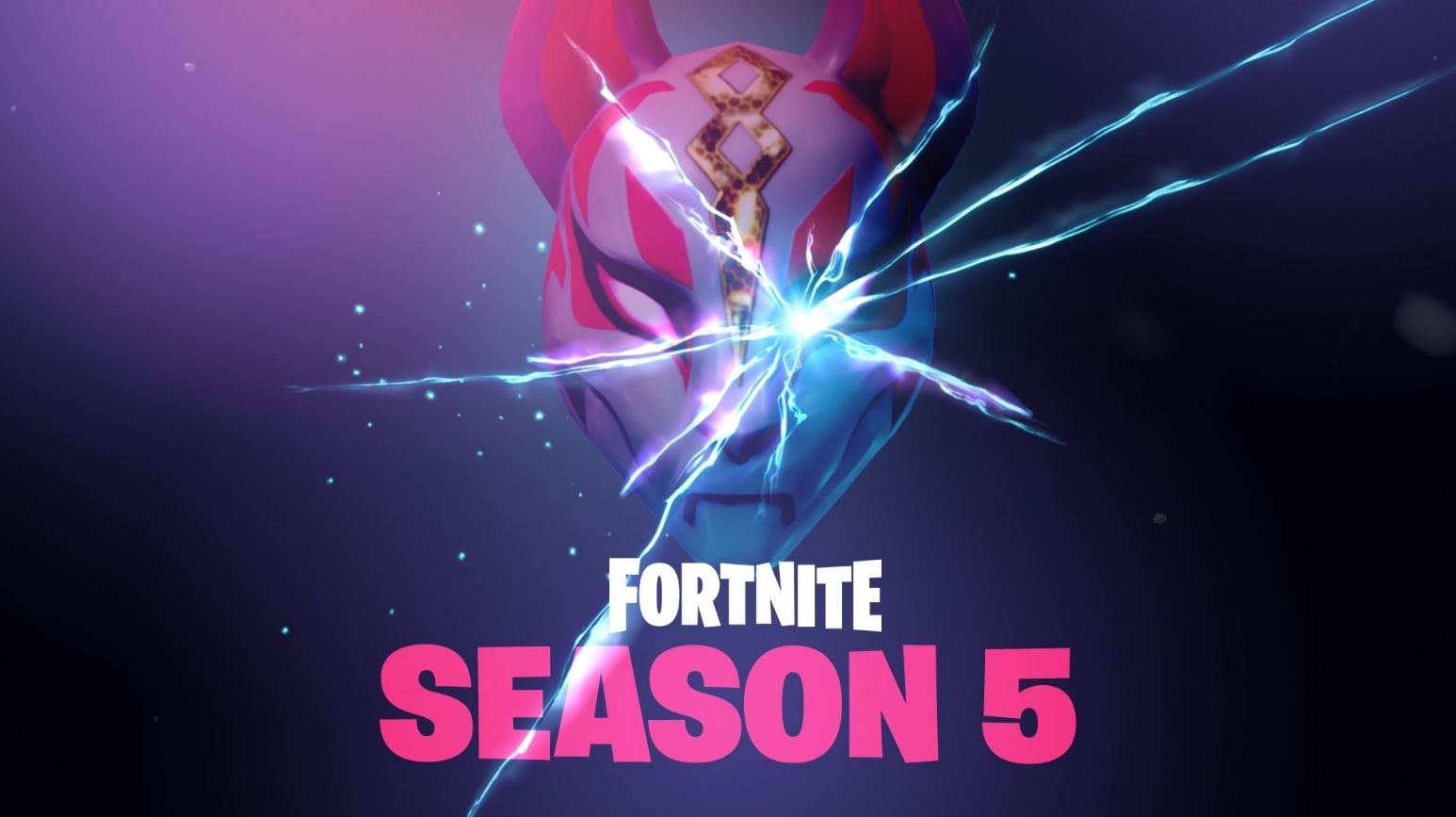 With just a few days left before the end of Fortnite season four, Epic Games has begun teasing what’s to come in season five.

This tweet from the official Fortnite Twitter account was sent out on Monday morning, and it confirms that the new season will begin in three days, coinciding with the end of season four.

The accompanying image in the tweet shows the all-too-familiar blue rift that’s been seen in the sky ever since the rocket launch a little less than two weeks ago. But what’s new in the picture is some kind of pink feline mask, like a cat or a tiger.

Epic Games did something similar in the days leading up to season four with images posted to Twitter. Those images revealed what would eventually become skins available in the Battle Pass, featuring the heroes and villains from the season’s theme.

It’s likely that this pink cat mask has something to do with season five’s theme, which very well could be time travel or something along those lines. The map has already begun to change since the rocket launch, with things like the Durr Burger mascot and motel sign disappearing, and new items like an anchor and wooden wagon appearing out of thin air.

We’ll keep you posted on the future of Fortnite in the coming days, but season five is now due to begin on July 12.