The second week of Fortnite Chapter two, season four hit the live servers earlier today, and eight new challenges have arrived to help players boost their Battle Pass progress. Though the quest amount increased by one with the start of the new season, the overall XP gain from each week was nerfed by about 20,000 XP, making Punch Cards even more essential to level up faster.

Thor summoned Wolverine, She-Hulk, Iron Man, Groot, Doctor Doom, and Storm to the Fortnite world in the season trailer. Fortnite characters will support the squad filled with heroes/villains in the Nexus War against Galactus, and each Marvel character can be unlocked as a skin via the Battle Pass. You’ll also need to complete a set of “Awakening Challenges” for each hero and villain to help them regain their powers.

One of the eight challenges of week two requires players to “Ride a Motorboat under different colored steel bridges.” There are a total of five colored bridges in Fortnite, and you’ll only need to ride under three of them to complete the quest.

Where are all the different colored steel bridges in Fortnite Chapter two, season four?

Players who’ve completed Deadpool’s favors throughout Chapter two, season three, should be familiar with the five colored bridges scattered around the map. Though they evenly cover the whole map, the three of them located toward the top of the map are closest to each other. 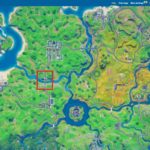 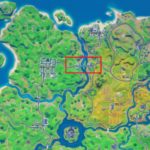 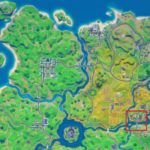 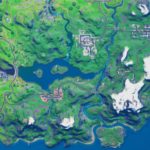 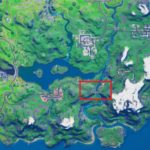 Looting up a little before lifting your anchor can be ideal if you’re looking to complete this quest during its first week. Chances are other players will be looking to complete this quest, and most bridges can be overrun by enemies. If you notice an ongoing skirmish on the water, get creative, and take your boat to the ground. Approach to the bridge by the land and dive right back into the water to quickly pass it.

Completing this quest will reward players with 25,000 XP.