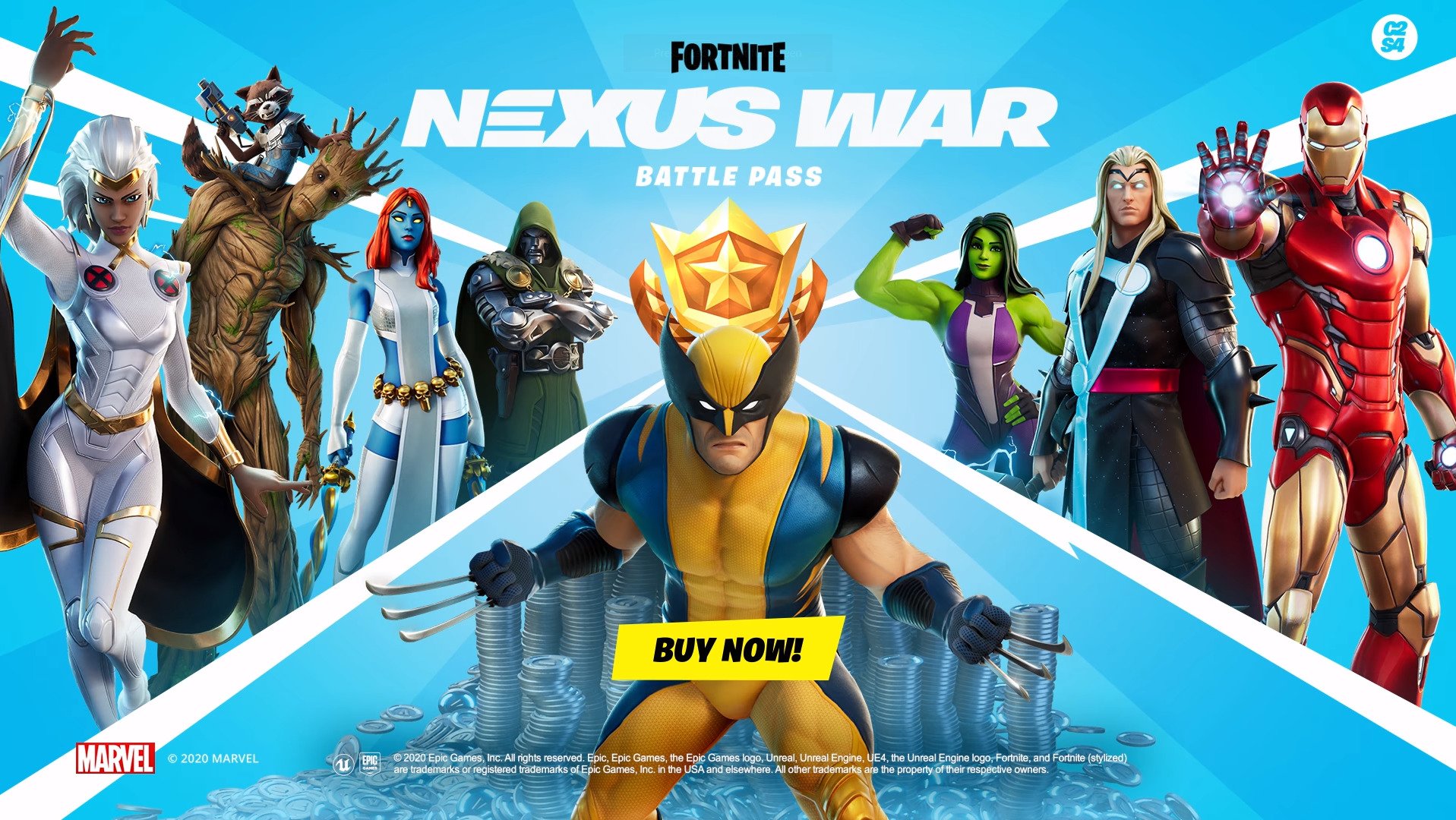 Ahead of the release of Fortnite Chapter Two, season four later today, Epic Games has released the battle pass trailer for the season.

The video showcases some of the rewards that will be available through the battle pass during this upcoming Marvel-inspired season.

The trailer opens with Thor giving a monologue to explain that while his memories are broken, he knows that he summoned these “mighty warriors” here to defend their reality. The hero continues explaining that the incoming threat that is Galactus, “the devourer of worlds.”

Thor introduces the other heroes that will likely be available throughout different tiers of the battle pass, starting with Storm, the Marvel hero most known from the X-Men comics. Storm can use the weather as attacks against her enemies.

Next up is Tony Stark, who can be seen unmasked for a short time before fully suiting up in his Iron Man armor and floating above the ground.

Mystique is also shown using her mutant powers to transform her appearance into one of the familiar Fortnite characters previously in the game.

The first traditional Marvel villain to be seen in the trailer is Doctor Doom, a character that’s commonly associated with the Fantastic Four, sitting on a throne.

Jennifer Walters is shown transforming into She-Hulk. Straight after that, Wolverine claws his way toward the camera. Finally, the last hero given the spotlight in the trailer is Groot, who can later be seen with fellow Guardians of the Galaxy character Rocket in the trailer.

As the trailer continues, gameplay is shown of each hero seemingly using their powers to take out enemies as opposed to using the weapons commonly found in the game.

The trailer closes with all the heroes gathering together. Thor ends his monologue by saying “Join us. Together, we will defeat Galactus and save all reality.”