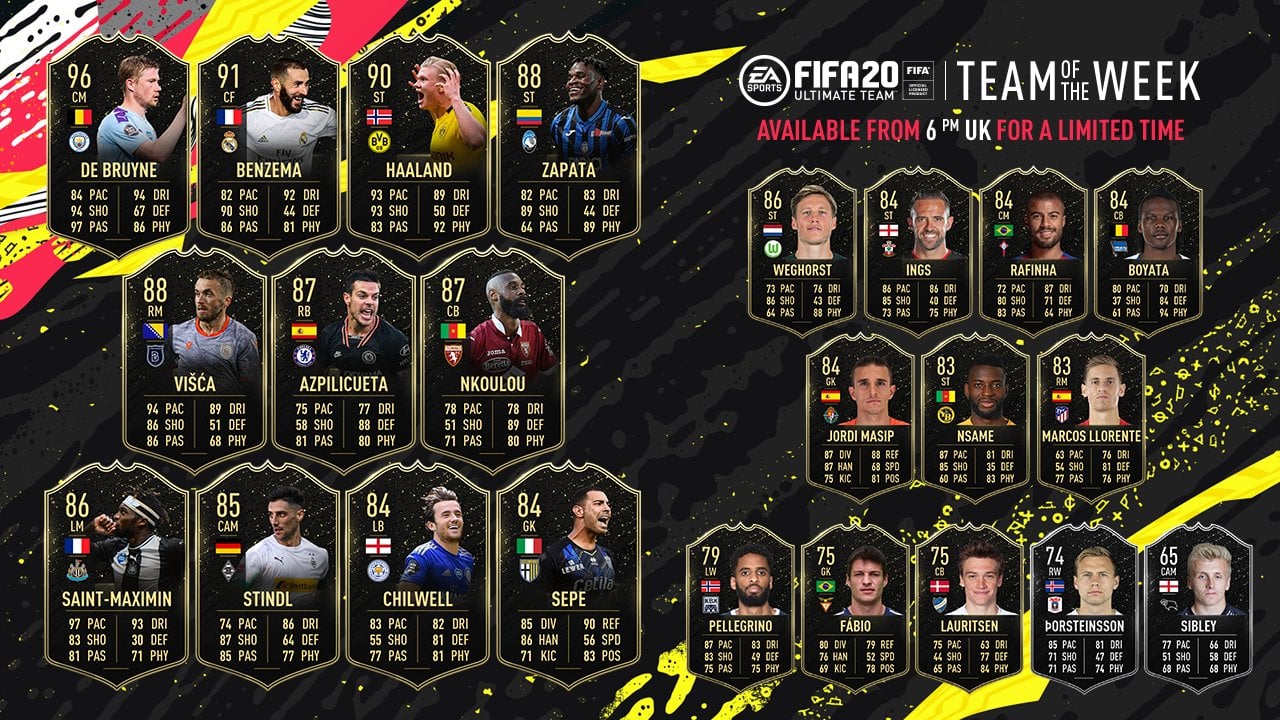 EA Sports revealed today that the Team of the Week (TOTW) promo is back in FIFA 20 Ultimate Team.

Most of the major soccer leagues around the world, such as the Premier League, Bundesliga, and the Serie A, have returned in the last few weeks, so it makes sense that EA is starting to release the TOTW again. This week’s TOTW will be available for one week starting today at 12pm CT. You can pack these cards or buy them in the FUT market.

Here are all of the TOTW cards added this week. Many of them are below the current power curve in FUT, but you can still use them for squad-building challenges (SBC) or sell them for at least 10,000 FUT coins.