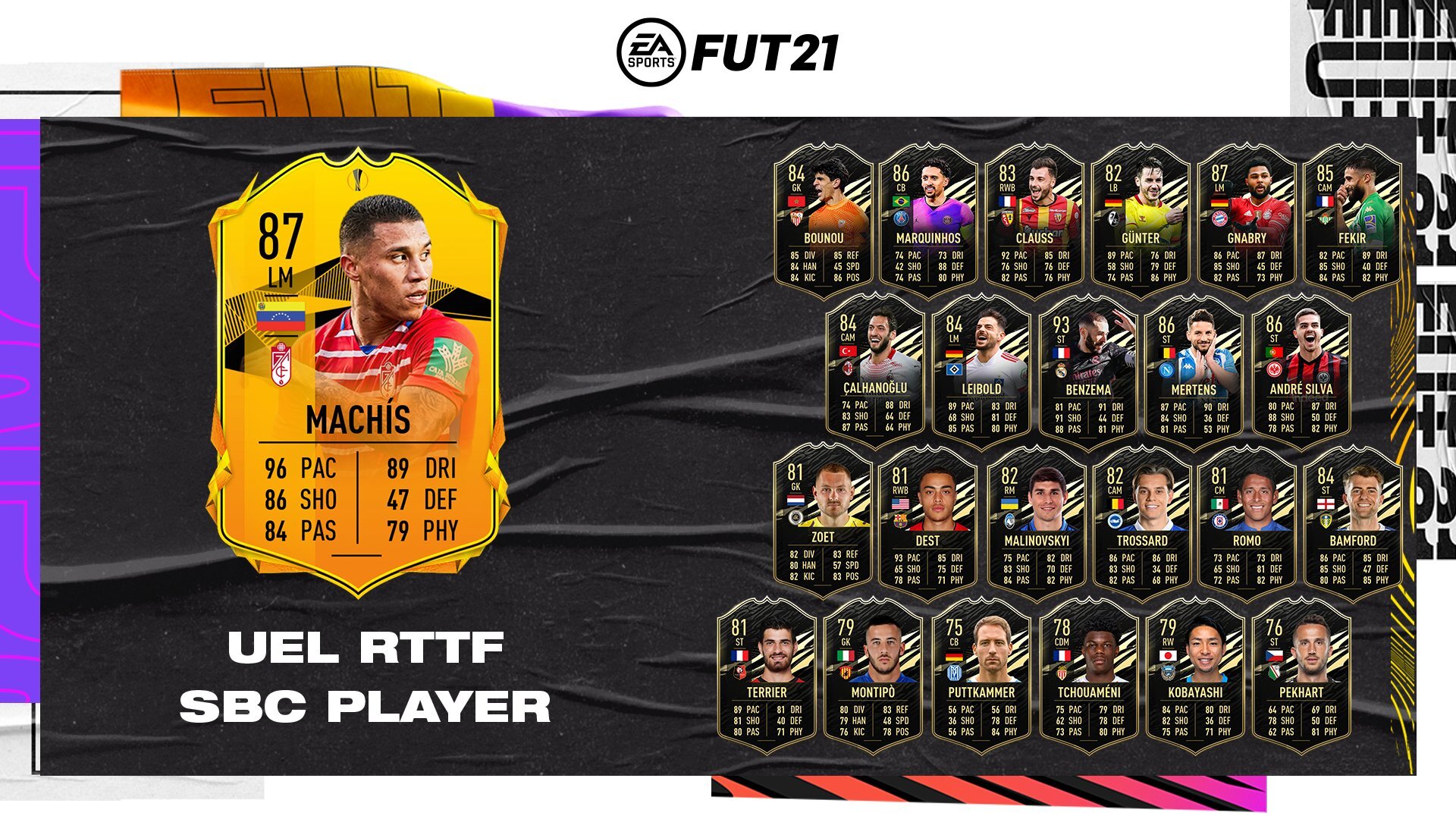 This is Machís’ first special card in FIFA 21 Ultimate Team. All of the UEL RTTF cards will gain an overall upgrade every time their team advances to the next stage of the UEL.

This is an incredible card with high stats, the majority of which are above 85, including his 96-rated Pace. If you apply the marksman chemistry style, you’ll increase his Shooting (+8) and Dribbling (+8), elevating his skills to a new level. He also has a four-star weak foot and skill moves.

The UEL RTTF Machís SBC costs around 160,100 FUT coins on PlayStation 4, 169,650 on Xbox One, and 129,000 on PC. If you want to play with him, however, you’ll probably have to use a lot of LaLiga players in your squad since there aren’t any other great Venezuelan cards available in the game at this moment.

Here’s the cheapest solution to complete the UEL RTTF Darwin Machís SBC right now, according to FUTBIN, a website that specializes in FIFA content.