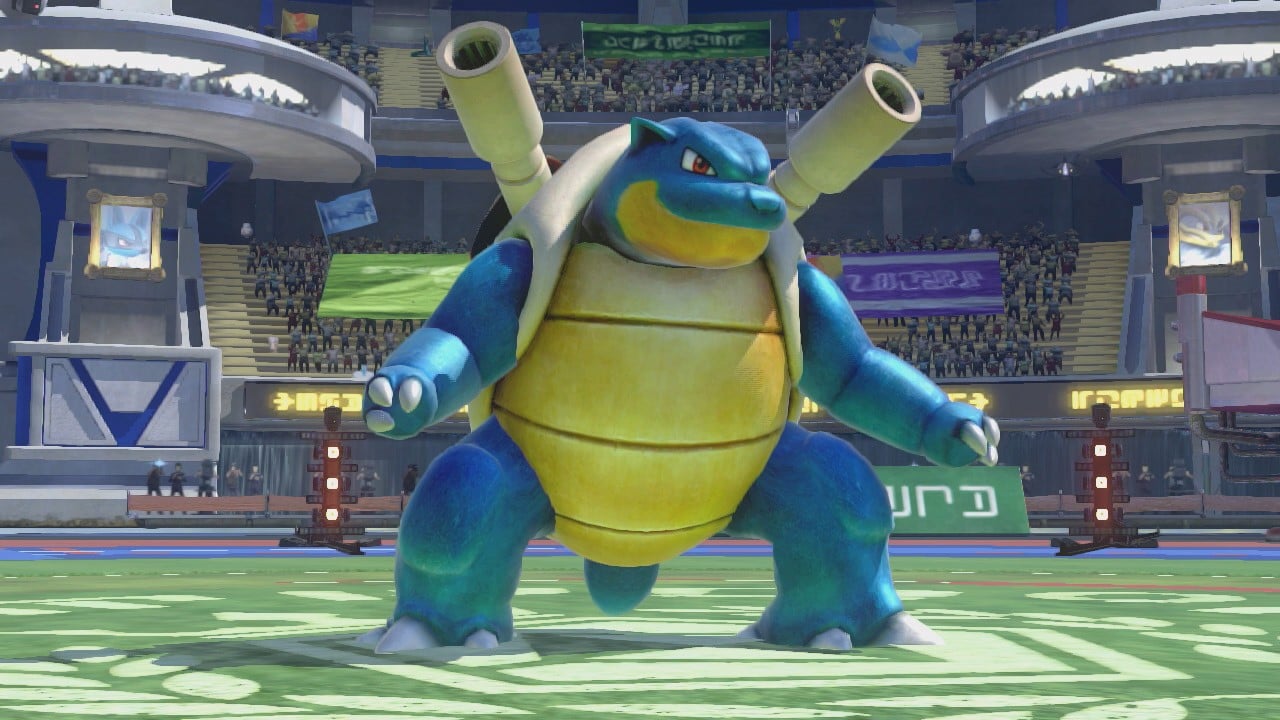 The second DLC Pack for the Nintendo Switch version of Pokkén Tournament is now available, adding a new playable character, two support Pokemon, and a bunch of different clothing options for your avatar.

Blastoise is the second of the Kanto starter Pokémon to be added into the game after Charizard, who was an member of the original game’s roster. Blastoise’s Burst Attack causes him to transform into Mega Blastoise. As Mega Blastoise, Blastoise’s attacks hit harder then before, allowing him to deal even more damage to an opposing player’s Pokémon.

Today’s content also adds the support Pokémon Mew and Celebi to the game, following the inclusion of Mega Rayquaxa and Mimikyu last month.

A bunch of new cosmetic items for trainer’s avatars have also been included with the DLC. These items include a Blastoise T-Shirt, Rock Guitar Set, Bi-Colour Hair, Glasses and Refreshing Stole. New outfits for Nia, the in-game AI, are also available.

Players can purchase the DLC pack now for $19.99 on the Nintendo Switch eshop. The pack includes both Blastoise and Aegislash, as well as all the new support Pokemon and avatar customisation options.