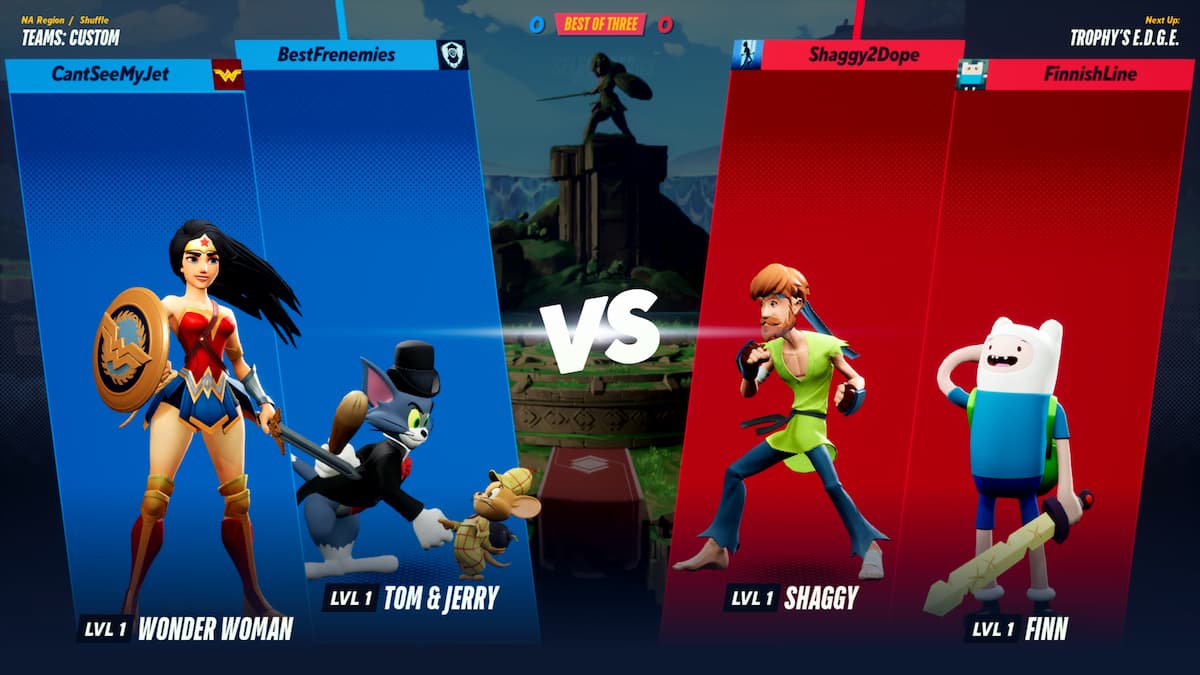 Warner Bros.’ today announced that its upcoming brawl-style fighter MultiVersus is ready for testing, with a weeklong closed alpha beginning later this month.

From May 19 to 27, players invited to the game’s closed alpha will be able to try out its two-vs-two gameplay and a handful of characters.

The closed alpha won’t be limited to one console, either. With cross-platform support, the game’s alpha will be playable on PlayStation 4, PlayStation 5, Xbox Series X/S, Xbox One, and PC.

The free-to-play brawler is being developed with team-based combat in mind, so be prepared for characters to have abilities that their teammates can play off of.

A release by Warner did not specify if the closed alpha would have the option for players to do one-vs-one or other modes outside of two-vs-two.

Characters that will be included in the closed alpha include Batman, Shaggy, Bugs Bunny, and Arya Stark. There will be more options as well, but the full extent of characters available in alpha was not announced.

So far, the game’s website has announced 13 different playable characters that will be in the game when it releases, with more coming. But exactly how many of those will be available during the closed alpha is unclear.

MultiVersus does not have a set release date. The game’s website still indicates that it will come out sometime this year. It will be available on all of the platforms that are being tested in the upcoming closed alpha.