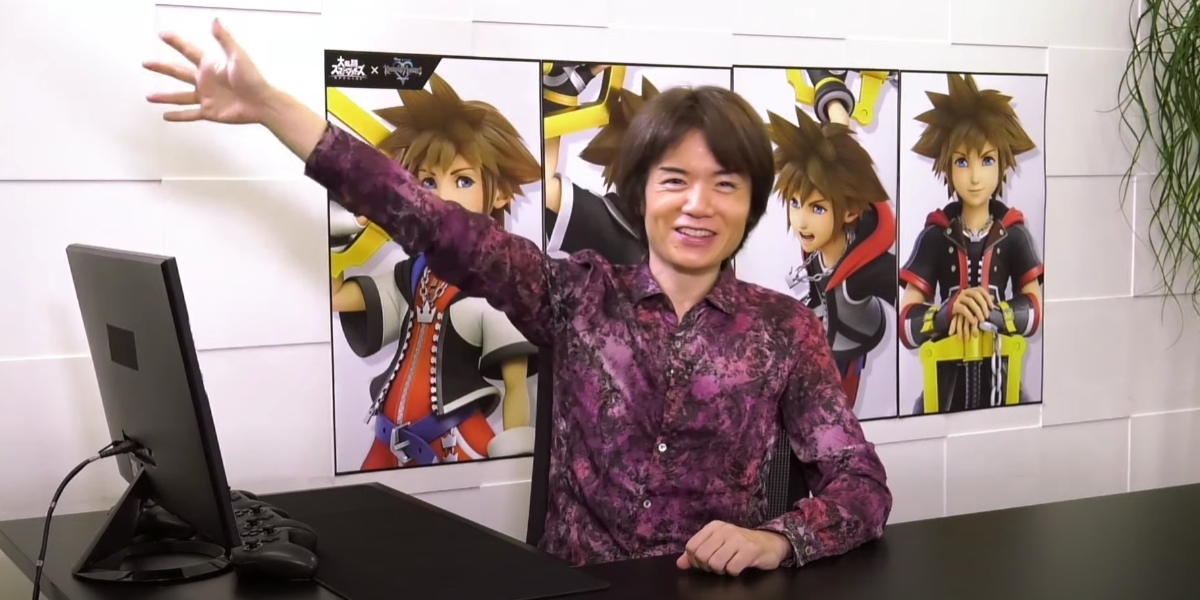 With the recent addition of Sora from Kingdom Hearts to the Super Smash Bros. Ultimate roster, any form of significant development for the game has officially come to an end after nearly three years of support.

Ultimate, which originally launched for Nintendo Switch on Dec. 7, 2018, became a focal point of the games industry, and in Smash series creator Masahiro Sakurai’s own words it became a “celebration of gaming” as a whole.

Throughout his years of development, Sakurai has posted a semi-frequent column in Japanese video game magazine Famitsu that usually gives fans a behind-the-scenes look at how his work gets done. And, in what will be his penultimate post, the long-time director of Smash revealed just how Sora came to be included as the game’s final DLC fighter.

According to the column, which was translated by Twitter users PushDustIn and KodyNOKOLO, Sakurai confirmed that Sora was not only the most difficult fighter to include in the game, but was actually not even in the team’s original plans.

In fact, Sora was only included in Ultimate because Sakurai bumped into an unnamed Disney representative at an award show and was able to get the conversation of potentially adding Sora to the game started.

Sora was the most requested character from fans back when Nintendo polled fans with the original Fighters Ballot back in Smash 4 on Wii U, although Nintendo couldn’t make things work at the time and did not publish the results. Bayonetta was among the top vote-getters and was added as the final DLC fighter for that iteration of Smash.

Prior to those conversations with Disney and Square Enix surrounding Sora and Kingdom Hearts, Sakurai noted that Fighters Pass Vol. Two was only going to include five DLC fighters to match the first volume. Those characters had already been decided on—Min Min, Minecraft Steve, Sephiroth, Pyra & Mythra, and Kazuya Mishima.

Once it was confirmed that Sora could be included, Fighters Pass Vol. Two was expanded and development began on “The Final One.”

Because Disney and Square were involved, Sora’s development was full of “high hurdles” because there were so many guidelines to follow. Despite all of that, Sakurai and the team are happy with how Sora turned out and hope that fans can enjoy a familiar style of aerial combat with the character, even if it didn’t translate perfectly between games.

Since this was the final bit of content from Fighters Pass Vol. 2, and likely the last new major DLC for Ultimate, Sakurai reflects that working on the DLC was essentially the same workload as a full game on its own—especially when factoring in COVID’s effect on development and the team shrinking over time. As a result, he is worried that will only be able to work on a few more games in the future.

Even with those worries about the future, Sakurai is still happy that he and his team got to work with so many other developers to create such a collaborative celebration of gaming history.

Sakurai will write his final bi-weekly Famitsu column in the coming weeks, ending the series at issue 640 and truly ending the era of Ultimate’s development.