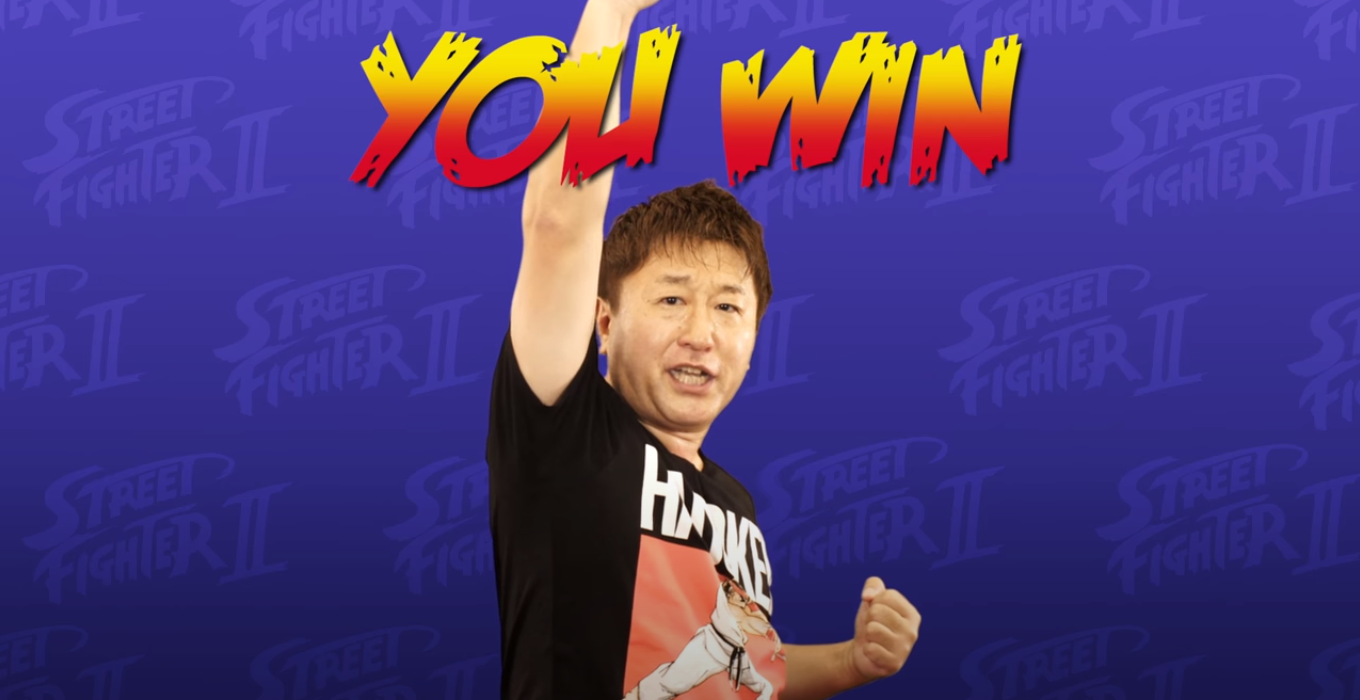 While the Super Smash Bros. community is always ready to bash decisions made by Nintendo when it comes to the competitive scene, it is rare to get insight from people who have actually had a hand in other esports-related spaces. So when former Street Fighter producer and long-time Capcom developer Yoshinori Ono gave his take on the sudden cancelation of the Smash World Tour last night, a lot of people started really paying attention.

Ono worked on nearly every iteration of Street Fighter, starting as a sound programmer on Street Fighter Alpha in 1995 and working his way up to producer on Street Fighter V. During that time he was heavily involved in the competitive scene in all forms, from the arcade level in the early days all the way to modern events such as Evo and Capcom Cup.

For a majority of those years, Capcom embraced the grassroots nature of the fighting game community (FGC) and eventually tied in many of the bigger events to be featured in the Capcom Pro Tour leading up to each year’s Capcom Cup. And, while it wasn’t a perfect system, it never felt like Capcom was skipping a step or trying to restrict the community and its tournament organizers—outside of one big issue that came into play back in May.

From Ono’s perspective, even just reading about the cancelation and lack of communication from the perspective of the SWT team, it appears that this decision is being done in a way that benefits no one and ends up hurting what makes a game’s community special.

“Since this is coming from the SWT side, I can’t make an equal judgment, but it’s my personal opinion that it’s not right to put restrictions on grassroots activities at this point,” Ono said.

In the now Delightworks president’s eyes, Nintendo could have found a way to bake in the SWT with the Panda Cup in 2023 without essentially telling VGBootCamp that it can’t run the tournament since the process of getting an official license is apparently so complicated that it takes months to receive a response about a submission.

Whether that approach involved turning the SWT into a sub-tournament of the Panda Cup in some way or scaling it down in a way that all parties felt was acceptable while building up to a bigger collaboration in 2023, Ono still thinks this is preferable to locking down an entire section of the Smash community while punishing the fans and participants.

“I think it would have been better to consider the situation of the participants and make a decision,” Ono said. “I would like to see a little more dialogue between the parties involved. In doing so, I would very much like to see them come up with ideas that take participants into consideration.”

Unfortunately, Nintendo refused to share the details behind why a decision to levy a cease and desist to the SWT was made—with the team behind the circuit just being told the times of running the SWT as an unlicensed series “were now over.” The company also openly noted that it was aware of the backlash that would be coming its way, though perhaps not to the extent that the Panda Cup is suffering for it.

As of now, the Smash community is split between those calling for boycotts of both Nintendo and Panda events and others who are more focused on sharing VGBC’s open letter to the companies in hopes of potentially reaching the right people and getting the decision reversed.

It is likely too little too late to save the current iteration of the SWT Championships, as it was set to be held in San Antonio from Dec. 9 to 11, but perhaps with people like Ono sharing their thoughts and the evolving nature of the situation the air can be cleared for future talks.