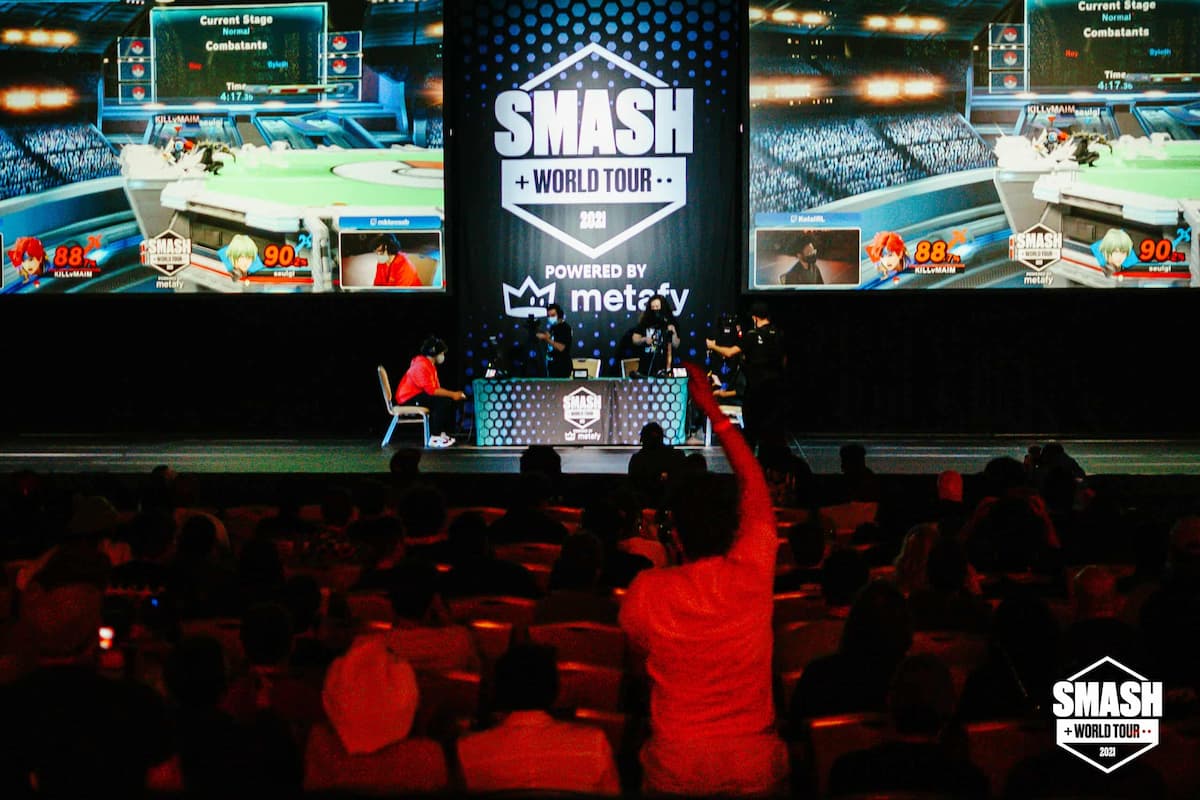 When Nintendo of America partnered with Panda Global to launch the only officially licensed tournament circuit for Super Smash Bros. there were concerns about what this would mean for the independently run Smash World Tour circuit from VGBootCamp.

And, right as the series is heading into finals, those concerns were validated: Nintendo has levied what amounts to a cease and desist that will shut the operation down.

According to the SWT team, Nintendo—with no prior warning—delivered a notice the night before Thanksgiving last week essentially telling VGBC they can no longer operate their event. This was out of the blue for the team working on the tournament circuit and went against things they had heard in prior conversations.

“Without any warning, we received notice the night before Thanksgiving from Nintendo that we could no longer operate,” the SWT team said.

“This was especially shocking given our discourse with Nintendo [over] the past twelve months. Since then, we have been working around the clock to take the proper steps logistically, as well as to prepare this statement with proper legal guidance.”

Based on events from the SWT side of things, Nintendo was initially receptive to the circuit and even started talks of working to get it officially licensed, since the Panda Cup deal was not exclusive.

Things fell apart over the course of the last year though, with several delays in communication with Nintendo and allegations against Panda Cup regarding recruiting efforts that involved talk of events “being at risk” if they took part in the SWT rather than PC before a rule change was made on the side of Panda. This reportedly included Panda pushing for broadcast rights from existing organizers like Beyond the Summit for their events, and even allegedly threatening to get Nintendo involved to potentially shut down BTS’ Smash operations if they didn’t comply.

That didn’t end up happening and conversations on the side of Nintendo remained open though staggered due to a number of delays, despite the initial licensing proposal being completed and submitted back on April 9, that resulted in the SWT team having to move forward with plans for the finals.

“As a preface, we want to emphasize that there are some great people working at Nintendo who have been advocating for the Smash community and the Smash World Tour, even if that was not reflected in Nintendo’s recent actions,” the SWT team said.

“Likewise, we have nothing but the utmost respect for Panda’s team, players, ambassadors, employees, and contractors—many of which are our friends and are truly incredible people and, to our understanding, had little to zero knowledge of the damage Panda caused behind-the-scenes in the past year.”

On Nov. 23, the SWT team talked with a Nintendo rep that specifically stated the circuit is expected to only “operate with a commercial license” and that said license would not be granted for the 2022 Championship event in December or any activities in 2023—with Nintendo giving no specifics about the decision to the team to pair with that decision.

When asked specifically if they could continue operating the SWT independently for the 2022 Championships and the 2023 Tour itself while focusing on the partnership heading into 2023, Nintendo simply stated “those times were now over.” Nintendo also openly acknowledged it was expecting the backlash a cease and desist like this would cause within the community and esports as a whole.

Despite Nintendo’s apparent insistence the Panda Cup and SWT could, or maybe can, co-exist in the future, the promise of not gatekeeping the community and ensuring the license guidelines would be accessible and clear have seemingly reverted.

Over the last year, SWT has connected over 6,400 live events, 325,000 in-person entrants, and fans around the world together for the love of Smash Bros., making it the largest esports tour in history by those metrics and the largest Smash prize pool in history—the Tour pays out over $250,000 and the 2023 SWT planning to increase that to over $350,000.

The SWT team is currently operating as if the 2022 Championships and all plans for a 2023 tournament circuit will no longer be happening, with their current goal being to settle issues with all staff, contractors, and attendees regarding refunds and other arrangements.

With that in mind, the team behind the now-canceled SWT reiterate that the talks with Nintendo prior to the last few weeks still give them hope that the company wants to be transparent with licensing and will look at the response to this decision and how the relationship with the Smash community is impacted.

“This truly is an open letter: we genuinely are unsure of how much Nintendo is aware, and we are hoping that they will reconsider their approach to the grassroots community,” the SWT team said. “We all love this community SO much, and have tried to represent Nintendo well as we share that love with millions of fans worldwide.”

Update Nov. 29 6:30pm CT: Beyond the Summit co-founder David “LD” Gorman has backed VGBC’s comments regarding Panda Cup’s threatening recruiting actions, stating that Panda CEO Alan Bunney was “basically running a protection racket” in an attempt to get tournament organizers to sign on with Panda Cup. This included calling out the lack of broadcast licenses for TOs and mentioning that “it’d be a shame if your event got shutdown for being unlicensed” during discussions.

BTS did not agree to those terms, did not have its events featured as part of the Panda Cup, and will “absolutely never participate in a circuit led by Alan,” according to LD.

“VGBC has been a pillar of the Smash community for over a decade, and as a fellow TO, it’s absolutely gut-wrenching to see the SWT get rug-pulled basically a week before their biggest event ever,” LD said. “The damage is enormous and we urge Nintendo to listen to the community and re-evaluate their relationship with the Panda Cup and Alan going forward.”

In addition to that clarification and the immediate explosion of community backlash, VGBC also added that it will be suspending its own Smash tournaments as the team is uncertain about its personal future too following this cancelation. This includes the cancelation of its two Majors, Glitch: Duel of Fates and Double Down 2023.

This is due to the risk running these events following communication with Nintendo could pose to the company and the need for internal changes such as budget cuts, sponsorship deals, and other impacted areas.

“At the moment, our future is uncertain in regards to running major tournaments – but as of right now, based on our recent communications with Nintendo, we would be putting ourselves at further risk if we continued forward with our current plans,” VGBC said. “We are hopeful that this does NOT mean we will not be running major events in 2023 – just that our future is currently uncertain.”

Update Nov. 30 1:15am CT: In a statement to Kotaku, a Nintendo spokesperson pushed back on some of the topics originally touched on in the SWT team’s initial post.

According to the spokesperson, Nintendo was “unable to come to an agreement with SWT for a full circuit in 2023.” Additionally, Nintendo did not request for any changes or cancelations to be made to the remaining 2022 schedule. This includes the 2022 Championships as Nintendo was “considering the negative impact on the players who were already planning to participate.”

If this statement holds true, there could be other factors behind the scenes that forced VGBC to call the event such as a simple miscommunication in how Nintendo wanted things to be operated through the remainder of the year specifically or aspects such as sponsorship commitments on the TOs side.

In response to Nintendo’s statement, the SWT followed up by questioning the angle it was taking and reiterated that they had specifically asked the company multiple times regarding cancelation for the remaining 2022 events and the 2023 SWT as a whole—to which Nintendo “affirmed that they had considered all variables.”

For the SWT team, this confirmation meant that the 2022 and 2023 events would be included in the C&D order, as the application being reviewed was for the 2022 tour and not the one in 2023, which the team had yet to submit at all. As a result, the SWT Championships 2022 and the entire SWT 2023 were announced as being shut down.

Here is the full statement sent to the SWT team following their final meeting with Nintendo’s representatives that resulted in the order to cease operations:

As of now, it seems like there is a gap in communication that is causing at least some of the confusion, with Nintendo not levying a full C&D but rather sharing the information in a roundabout way. We will have to wait for further clarification from VGBC, Nintendo, and Panda to see where things go from here.