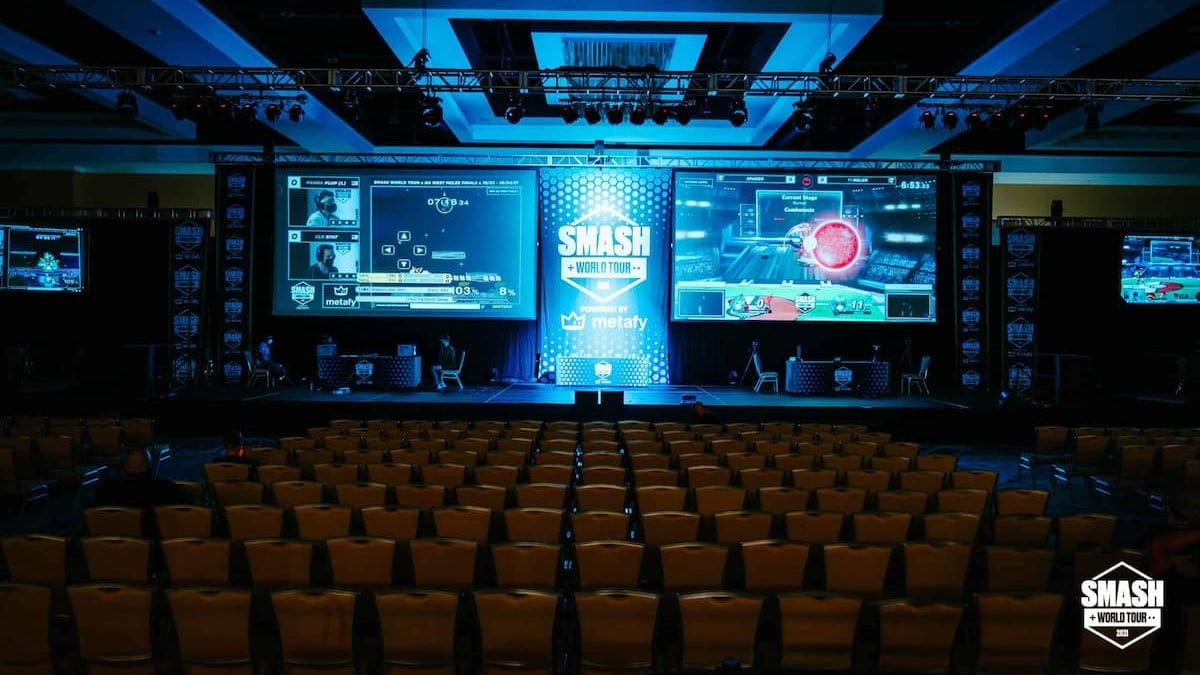 Nintendo has done it again.

Instead of letting things play out with an independent Super Smash Bros. tournament organizer, the massive gaming company blindsided VGBootCamp with a cease and desist that forced the team to cancel the Smash World Tour—and the community is rallying in response.

This is, unfortunately, familiar territory for a lot of the Smash community as Nintendo has pulled similar stunts in the past.

However, never to this scale or this manner; even the SWT team thought things with the Big N were going well based on multiple conversations with the company dating back to late 2021 that involved a completed submission for a license to operate in an official capacity.

Now, with the SWT Championships 2022 canceled just 10 days before it was set to be hosted in San Antonio, and VGBC penning an open letter to Nintendo in hopes of potentially getting the company to change its decision, the community has been left with no answers and even more questions.

To start, the players who did qualify to attend or were paying their way out in order to compete for a spot in the Last Chance Qualifier are now left holding the bag in terms of needing to cancel travel plans and accommodations.

Many players prioritized the SWT Championships over other Smash events happening around the same time and are now being punished for doing so too.

This decision also strips away any chance for lesser-known Smash players from around the world who were going to make that trip and compete to showcase their skills on what would have been the biggest stage with a $250,000 prize pool.

In the case of Melee players and members of the community who come from fanmade spaces like Project M, this is just another instance of being burned by Nintendo and they are ready to burn the bridge from their end too.

This means popular players, commentators, and figureheads within the community calling for boycotts for Nintendo and Panda-sanctioned events to show that actions like this will not go unpunished by the people who helped make the scene what it is today.

There are some calmer heads, including Leffen oddly enough, who have made it clear the rage is validated but needs to be contained for now as the community should rally together behind VGBC’s final plea to Nintendo in hopes of potentially reversing the decision. However unlikely this is to happen, since Nintendo openly admitted to expecting backlash, it is still important to make the community’s voice heard and push back on a licensing system that runs off of poor communication and the whims of the company itself.

Going beyond the Nintendo element of this, the announcement from SWT also included details about how Panda Global was working behind the scenes for Panda Cup.

This featured claims Panda’s CEO Alan Bunney was using wording about the SWT or other events being shut down to try and recruit TOs to bring their events to the PC over the SWT—including broadcasting rights in that deal.

The most major offense of this was used against Beyond the Summit, as Bunney reportedly warned that Panda would get Nintendo involved and shut down any Smash operations run by the company since they did not have a license if BTS did not sign onto the PC. That didn’t work, but VGBC’s claims have been backed by BTS co-founder David “LD” Gorman regarding those discussions and the community is now calling attention to potential bad actors within Panda, with the St. Louis Melee community going as far as banning Bunney from future events—even if it somewhat of a joke.

As a result, multiple top Smash players are pulling out of Panda Cup.

Notable Melee players have already started dropping like flies with Medz, Axe, Fiction, Joshman, and n0ne immediately voicing their support for grassroots Smash and calling out Nintendo and Panda.

Ultimate players have also brought attention to the issue, with sparg0 among the players questioning if he will attend at all or opting to stay home. And for those who decide to still attend or are potentially contractually obligated to go, the community has some options on how to protest in person.

Ludwig brought more eyes to the issue by almost immediately publishing a full episode of Mogul Mail on the subject and talking about it on stream, with responses to the situation continuously flooding in from the Smash community and beyond. In addition, organizations like beastcoast and FlyQuest, which have active roles in the Smash scene, have released statements or support for the SWT in hopes of getting Nintendo to reconsider.

Even Panda’s players and employees are speaking out, with Plup going live on stream to say he is “not Team Panda” on this decision while others have to defend themselves as they are being bashed by angry fans.

Panda has yet to issue a statement on the SWT closure and Nintendo refused to provide details on why the decision was made during conversations with VGBC.

But hey, at least fans can look forward to the upcoming Splatoon 3 tournaments where that community will likely show support for its sister esports scene in a way that will make Nintendo ban teams or maybe cancel the events again.